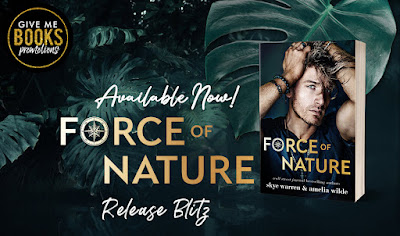 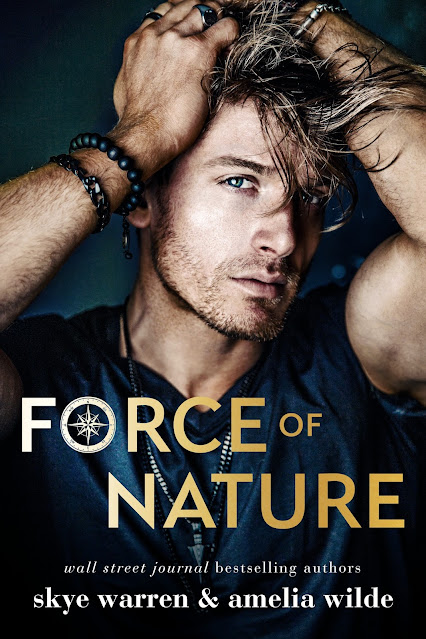 Carter Morelli survived a dark childhood and dangerous missions. But when he emergency lands a small aircraft on the ocean, he faces something worse: having someone depend on him. He has to keep innocent June Porter safe on the deserted island.
Except they aren’t alone here…
A man hides among the broad leaves. He’s almost feral.
There are secrets in his cabin. Desire, too.
Carter doesn’t want to care about beautiful June. He doesn’t want to care about the mysterious and sensual man who’s almost part of the wilderness.
Scorching chemistry draws all three of them deeper.
They already survived the plane crash, but will they survive the fall? 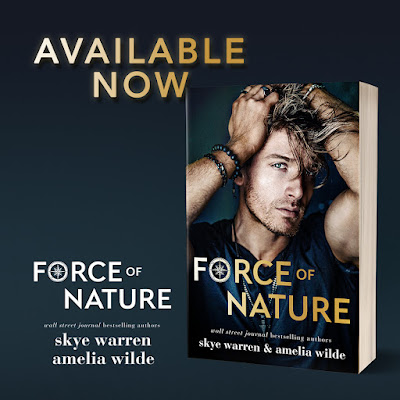 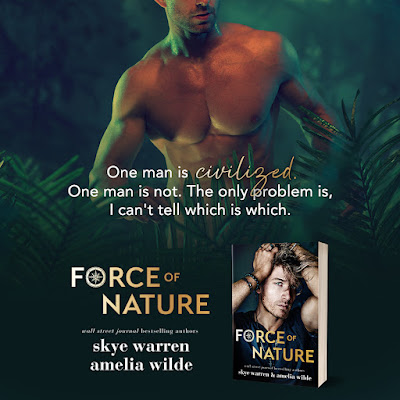 Skye Warren is the New York Times bestselling author of contemporary romance such as the Chicago Underground series. Her books have been featured in Jezebel, Buzzfeed, USA Today Happily Ever After, Glamour, and Elle Magazine. She makes her home in Texas with her loving family, two sweet dogs, and one evil cat.
FACEBOOK
TWITTER
INSTAGRAM
YOUTUBE
PINTEREST
WEBSITE
AMELIA WILDE
Amelia Wilde wrote her first story when she was six years old, a narrative strongly inspired by The Polar Express. When she was nine she wrote her first novel-length work, all in one paragraph.
Now, Amelia is all about that love. Her romances feature unique, independent heroines and alpha heroes who are strong of heart and body. Readers have described her work as “emotional,” “intense,” “phenomenal,” and “like a child scribbled with a crayon,” which she takes as the highest praise.
FACEBOOK
FACEBOOK GROUP
INSTAGRAM
AMAZON
TWITTER
GOODREADS
BOOKBUB
WEBSITE 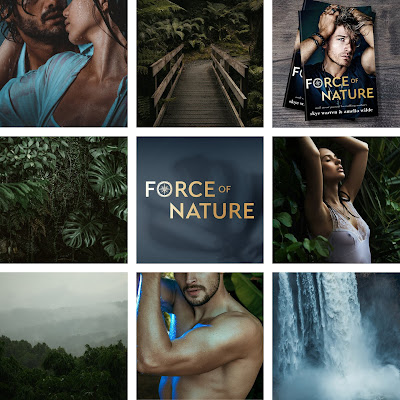