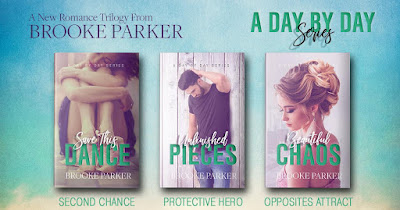 Save This Dance-
Second Chance Romance

Ellie ~ Dancing was my life. I gave up everything, including my perfect boyfriend, to make it my priority until one day years later I realized I was homesick and alone. With dancing no longer an option, returning home was my only choice. They say everything happens for a reason, and when a new opportunity suddenly falls in my lap, I think maybe this fresh start is exactly what I need.

Holden ~ Six years ago she pushed me away, claiming we needed to find ourselves though I was content to love her just as we were. Life happens and I moved on with mine, but I never got over the girl who got away. She’s suddenly returned to start a new chapter in her life and although she is still pushing me away, this time I’m not letting her go. 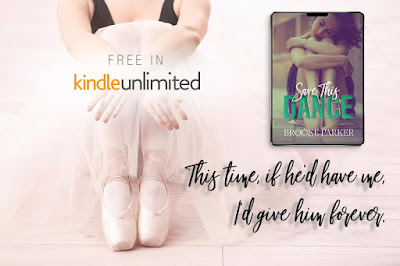 http://bit.ly/OneClickSaveThisDance
Unfinished Pieces-
Sister's Best Friend/Over Protective Hero
There are two things you should know about Clark Day: he has perfected his brooding sexiness, and he is fiercely overprotective of his younger sisters. I knew he only saw me as their annoying friend, mostly ignoring me since our teenage years with the exception of chasing off any guy who showed interest in me. Now his eyes tend to linger, and a slow chemistry is building between us. One stupid night proves just how explosive that heat is, changing everything between us.In the aftermath, we have a decision to make, and I need his support now more than ever. Having been around Layne McGuire for years, I know a couple things: she has turned into an attractive woman with soft curves, and she has horrible judgment when it comes to members of the opposite sex. I had always watched out for her, and something was undeniably shifting between us. I could only dismiss the sparks for so long, leading us to one night of passion, but the real backfire came a month later.In the end, who would have thought the person she needed protection from was me? 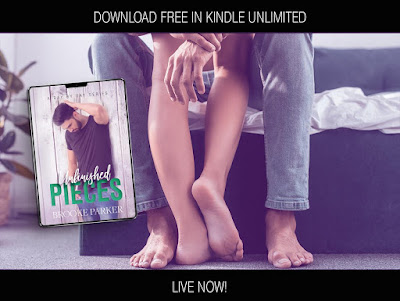 http://bit.ly/OneClickUnfinishedPieces
Beautiful Chaos-
Opposites Attract
Vivian Day was a combination of sass and sexiness rolled up into one gorgeous drama queen. The baby of the family, she was accustomed to being catered to a bit too much for my taste, which was fine since she was my friend’s little sister—off limits. Still, one impulsive offer to help her finds us tangled in a chemistry that is off the charts. When she presents the idea of a one-night, don’t ask, don’t tell arrangement, my self-control can only be stretched so far. Beckett Jenkins was probably the ideal man for most women—attractive and financially stable with a cool, calm demeanor—but seriously, where’s the fun in that? His insane but too-good-to-be-true offer to help me with my financial situation sounded great until I started getting comfortable in our new relationship and our sexual tension became a fuse waiting to be lit. What I never predicted was that in the end, Beckett would end up breaking my heart. 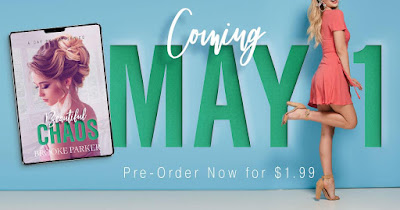 http://bit.ly/OneClickBeautifulChaos
About Brooke Parker:
Brooke Parker is a contemporary romance author who loves bringing quirky, lighthearted, and lovable characters to life. With a background in education and years of practice as a stay at home mom, writing a book was never something Brooke thought to accomplish in life, but when the stories in her head took over, the words poured out. She’s hopeless to a good love story.Connect with Brooke on Facebook @BrookeParkerAuthor or email brookeparkerauthor@gmail.com to stay up to date with new releases, book signings and more!
Social Media:
Instagram: http://bit.ly/InstaBrookeParkerTwitter: https://twitter.com/brooke_parker1Amazon: http://bit.ly/FollowBrookePBookBub: http://bit.ly/BPBookBubGoodReads: http://bit.ly/GoodReadsBPFaceBook: https://www.facebook.com/Brooke ParkerNewsletter: https://mailchi.mp/b8d9025cc408/brookeparker
Posted by Gia Guido at 9:00 AM