Blog Tour for Over and Back by Andrew Grey 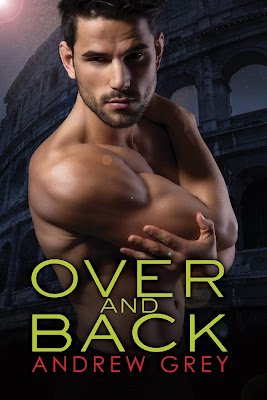 Blurb/Synopsis:
Sequel to Round and Round
Opposites attract on an overseas holiday, but trouble has hitched a ride.
While Bronco’s nightclub is closed for renovations, the owners invite the staff on a trip to Italy. Bartender Hank needs a roommate, and he’s had his eye on waiter Grant for a while, even if he’s had to keep his distance. But sharing such close proximity means sparks are sure to fly….
Grant has a problem saying no, and it’s led him into some less-than-healthy relationships. While he’s determined not to repeat his mistakes, it’s clear Hank is different.
They’re both willing to take it slow and explore the feelings building between them, but even in a foreign country, their pasts are catching up, and that could hurt more than just their budding romance.

Hank couldn’t believe he had actually agreed to have Grant as a roommate for this trip. Not that he didn’t like the guy. In fact, that was sort of the problem. His first instinct had been to say no and try to figure out how to go alone. Danny would have a fit if he found out Hank was going to be rooming with Grant. Still, how in the hell could he say no? Hank knew from Zach that Grant needed a friend. Hank sure as hell knew what that felt like, and in the end, he’d agreed. After all, they were only going to be roommates. And they’d be an ocean away from Danny and his jealousy. Hank would just need to make sure Danny didn’t find out.
But it was too late to worry about that now. He’d made the decision, and the more he thought about it, the more he realized that he actually felt pretty good, maybe even kind of excited.
He pulled into Bull and Zach’s driveway and parked behind Harry’s Tahoe. Zach had called together a trip-planning meeting so they could go over everything, including the day tours that they’d already booked. Hank was met at the door by Bull, who hugged him and ushered him inside. He seemed to be the last to arrive, and he got hugs from everyone but Grant, who stood off to the side, looking nervous, seemingly interested in the shoes he was wearing.
“Hey, Grant,” Hank said gently.
Huge blue eyes met his for a second. “Hi, Hank.” His voice was really soft, but he gave Hank a little crooked smile. “This is kind of exciting.”
“Okay,” Zach said as he returned from the kitchen, placing trays of small sandwiches on the coffee table. Bull followed with a tray of drinks and set that down as well. “Help yourself to munchies,” Zach said as he passed out a spreadsheet printout. “I went ahead and put together a schedule for the things we’ve already taken care of. But one thing we still need to look at is getting train tickets to Newark. The flight leaves late, so we should be able to take the same-day train from Harrisburg.”
Hank sat down, and Grant took the seat on the sofa next to him. The kid was wound as tight as a drum. If he’s like this the entire trip, it’s going to be one hell of a good time, Hank thought, sarcasm rolling through his head. Grant reached for a can of Diet Coke and sipped from it. Hank grabbed a beer, because right now, he needed one.
“We fly directly to Rome, and we’re booked into a hotel on the outskirts. There’s a subway station not too far away, and we can get into the city that way. We have nothing planned for our first day. It’ll give us time to just rest up for what’s ahead. On Wednesday we have a guided tour of some ancient Roman ruins and the Colosseum in the afternoon, so we can sleep in if jet lag is a problem. On Thursday we have a private group tour of the Vatican Museums and St. Peter’s in the morning, and then I thought we could walk to the Trevi Fountain and Pantheon after lunch.”
“This looks really great,” Hank interrupted. “What’s with Saturday?”
“There’s no need to go over everything that’s already on the sheet,” Bull told Hank gently. “Saturday is Zach’s event. There’s an anime conference, and Zach is signing autographs and meeting fans. He and I will be there most of the day. And we thought that everyone should have some time to do what they wanted.” He squeezed Zach’s hand.
“On Sunday we have a train to Florence, where we’ll spend three full days,” Zach continued. “I put together a schedule based on when things are open. You can look at that. I didn’t know if everyone wanted to go together or on their own. It’s up to you. But I did make reservations for us to climb the cathedral dome on Thursday morning before we leave.” 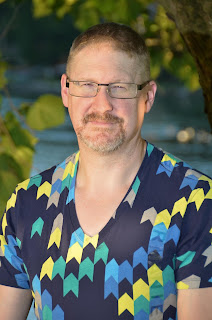 Andrew grew up in western Michigan with a father who loved to tell stories and a mother who loved to read them. Since then he has lived throughout the country and traveled throughout the world. He has a master’s degree from the University of Wisconsin-Milwaukee and works in information systems for a large corporation.
Andrew’s hobbies include collecting antiques, gardening, and leaving his dirty dishes anywhere but in the sink (particularly when writing)  He considers himself blessed with an accepting family, fantastic friends, and the world’s most supportive and loving partner. Andrew currently lives in beautiful, historic Carlisle, Pennsylvania.

For Other Works by Andrew Grey


(Please Be Sure To Stop by His Website to See All of His Works)
Posted by Gia Guido at 8:07 AM