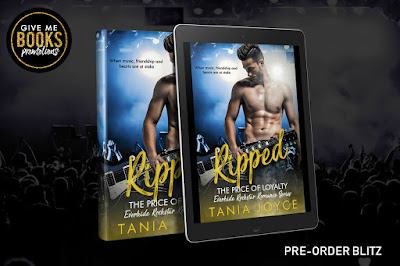 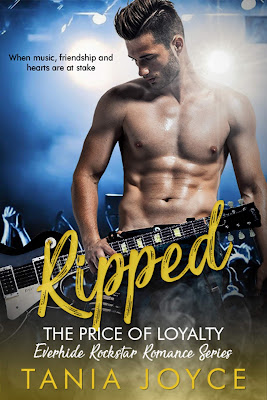 
From an Amazon bestselling author comes a story of friendship, music, and undying loyalty … and how hiding the truth can break more than hearts apart.

Gemma Lonsdale sings lead alongside her two best friends, Kyle McIntyre and Hunter Collins, in world-famous rock band, Everhide. Life in the public eye can be humiliating with the paparazzi tracking their every move. Having a boyfriend is not an option. But everything changes when Gemma develops feelings for one of her fellow band members.

One impetuous decision alters their lives forever. True love is hidden behind lies. Friendships are tested. Careers are at risk. What lengths will Gemma go to, to protect the band? Will more than music, loyalty and hearts be ripped apart?

Hunter and Kyle are my best friends. We are Everhide, a world-famous rock band.
Music is our life. Our friendship is unbreakable.
Kyle is my rock. My four-four common time. The one I can always rely on.
But Hunter? Hunter is something else.
He’s a playboy. Hot as hell. The one who makes me laugh.
During our last world tour, something changed. He entered my dreams—my hot dreams. They wouldn’t stop.
Now, I want him to be more than just my friend.
But I’m scared.
Scared that being with him will destroy our band. Our careers. Our friendship.
And if I hurt Kyle, I’d never be able to live with myself.

There is only one thing I love more than music, and that’s Gemma.
I never saw it coming. Gemma and Hunter?
It ripped my heart in two.
But I won’t ever stand in the way of their happiness.
I’d do anything for her. For Hunter.
My loyalty will never falter.
Even if it means hiding my true feelings.
I can do this.
I can keep my love for Gemma a secret.
I’ll never miss a beat.
Right? 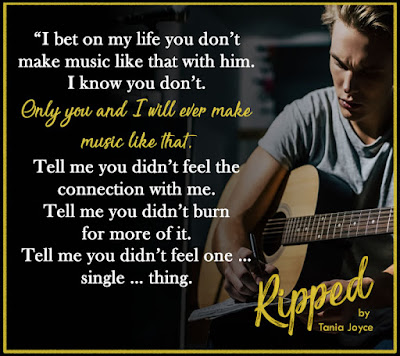 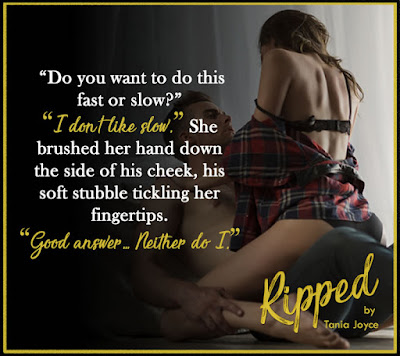 “Gemm-maaa.” Hunter teased. “You were moaning and muttering our names in your slee-eeep. Sounded hot. Want to tell us what you were dreaming about?”
Gemma’s breath hitched, and her eyes shot open. Two pairs of eyes beamed down at her—Hunter’s azure and Kyle’s espresso. Both guys had smiles as wide as the Brooklyn Bridge. They exchanged a quick glance, then burst out laughing.
Shit.
“Did you have a wet dream, Gem? About us?” Hunter bobbed his head in a slow, rhythmic motion and gave her a you’ve-been-so-busted kind of grin.
Heat rushed up Gemma’s neck. Knots clenched in her stomach.
They’d heard.
They’d seen.
Shit. Shit. Shit.
She sat up, tugging her bra back into place. Damn thing never stayed put. Not when she barely filled an A-cup. “You wish,” she snapped, unable to look either of them in the eye. “As if I’d ever have a dream, wet or otherwise, about you two idiots. That would be more like a nightmare.”
But she was lying. To herself. To Kyle and Hunter. Her two best friends in the world.
“Here. This will help you wake up, if nothing else.” Kyle handed her a takeaway coffee. “Latte, just the way you like it.”
Gemma took a sip, savoring the dash of cinnamon topping. “Thanks.” But she was in more need of a bucket of ice thrown over her right now than a hot, delicious, belly-warming latte.
“Do you need to go change your panties?” The glint in Hunter’s eyes sparkled.
“What?” She threw him her most evil stare. “Don’t be ridiculous.” The guys could tease her all they wanted. She wouldn’t let them get to her. It was just another stupid dream.
“I could help you if you want?” Hunter held out his hand, but she slapped it away.
Kyle elbowed Hunter in the arm. “Okay, dude. Enough.”
Shaking her head, she jumped to her feet. On her way past Hunter, she rammed her shoulder into his arm and stormed out of the dressing room.
Chin up, she strode along the concrete corridor and owned it like she was live on center stage. There was no way she’d let the guys know her whole body was on fire. Sipping on her latte, she attempted to wash away the images that flickered through her mind. But it was impossible. With each step, her heart thudded, causing the ache that resided there to flare. Each breath sent a shudder through her entire system.
She had a problem.
A huge problem.
She’d tried to suppress it, hide it, deny it for months, but it grew stronger and stronger every day.
She was, without a doubt, in love with Hunter.
But he was a playboy. He’d never commit. She didn’t want to clock up another failed relationship to rival her mother’s long list.
She straightened her shoulders and kept putting one foot in front of the other. She had one more show to get through, then she had two weeks’ vacation away from the guys. Surely, time apart would put an end to her wild dreams.
The first dream she’d had about Hunter had been funny, the next few rattling, but after four months of them occurring every few days, enough was enough.
There would be no more fantasies involving him. No more ogling. No more dreaming about his hot body, kisses, and oh, the sex. No more concocting what-if scenarios. Because music was all that mattered. With a new record to work on and a fully booked schedule, she wouldn’t gamble with the dynamic bond she shared with the guys. Their journey to fame had bound them together. She wasn’t going to fuck that up for anyone or anything. Not even her heart.
She had to fix this.
It was driving her crazy.
Hiding her feelings for Hunter had become an exhausting obsession. She had to find a way to stamp them out. Because she remembered all too well what it was like to be hurt, betrayed, and let down. First, by her father, then her ex-boyfriend, and always, always, always, her mother. 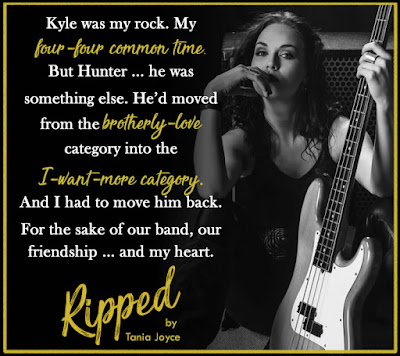 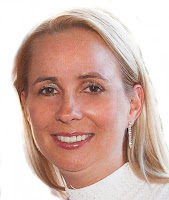 Published in 2015 with Momentum Books (Pan MacMillan), Tania Joyce is an author of contemporary and new adult romance novels. Her stories thread romance, drama and passion into beautiful locations ranging from the dazzling lights and the glitter of New York, to the rural countryside of the Hunter Valley..

She’s widely traveled, has a diverse background in the corporate world and has a love for shopping, shoes and shiraz.

Tania draws on her real-life experiences and combines them with her very vivid imagination to form the foundation of her novels. She likes to write about strong-minded, career-oriented heroes and heroines that go through drama-filled hell, have steamy encounters and risk everything as they endeavor to find their happy-ever-after.