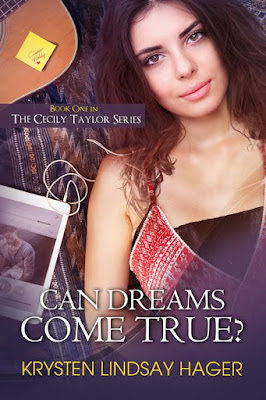 Can Dreams Come True? (Book One of the Cecily Taylor Series)
Contemporary YA fiction
Pages: 224 pages


Cecily has always had a huge crush on singer Andrew Holiday and she wants to be an actress, so she tags along when her friend auditions for his new video. However, the director isn’t looking for an actress, but rather the girl next door—and so is Andrew. Cecily gets a part in the video and all of Andrew’s attention on the set. Her friend begins to see red and Cecily’s boyfriend is seeing green—as in major jealousy. A misunderstanding leaves Cecily and her boyfriend on the outs and Andrew hopes to pick up the pieces as he’s looking for someone more stable in his life than the models he’s dated. Soon Cecily begins to realize Andrew understands her more than her small-town boyfriend—but can her perfect love match really be her favorite rock star? 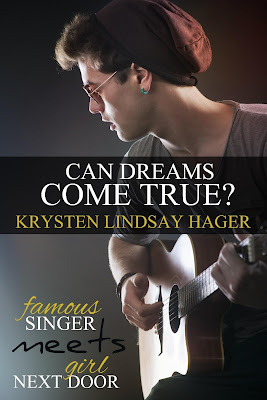 Excerpt 1:
I started to feel anxious after lunch. After all, I had been an Andrew fan for a long time, and even though I had seen him in person, this was a huge deal to get to meet him. What if he wasn’t what I had imagined? I didn’t expect him to fawn over me or anything, but what if he was rude or ignored me? It would kill my fantasy of him as being this sweet, quiet, sensitive songwriter who wore his heart on his sleeve while also being kind of a loner/rebel with just a touch of bad boy in him. Oh man, I would be crushed if he didn’t notice me or worse—if he ended up flirting with Harlow.
In all his magazine interviews Andrew always said looks weren’t important to him, and what he noticed in a girl was if she was true to herself. He said he went for “bright girls who were sweet and easy to be with.” Now that I thought about it, that was the kind of fake crap magazines put out about all the teen celebrities. It was like when I saw Lawrence Claibourne, my favorite actor who claimed to be Mr. I’m-just-looking-for-a-sweetgirl-to-read-poetry-to on a red carpet with a model whose boobs were falling out of her dress and had overdone the lip fillers—I mean, you just knew he wasn’t into her for her personality. But Andrew wasn’t like Lawrence. Andrew seemed so sincere and deep. Lawrence had a smirk and you could tell he was a player, but Andrew seemed like he had been hurt and needed to find the right girl who he could open up to and learn to trust again. . .or at least that’s what he said in his last interview.
The final bell rang and my heart shot up to my throat. This was it. I was on my way to meet my crush. From now on, any dreams of him would be marred by the reality I was about to face.
Was it better to keep wondering what if and keep the fantasy alive or to go and actually meet him? 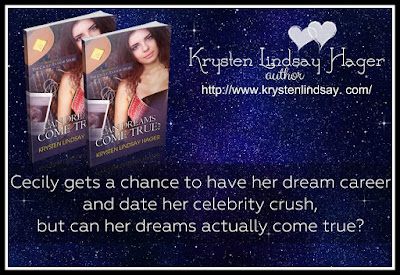 Excerpt 2:
I felt disloyal sharing my problems with Zach with another guy, but in some weird way it was like no one got me like Andrew did. Even though we had only known each other for a little over twenty-four hours, it was as if I had known him for ages. Although I guess it made sense seeing as it always seemed like he understood what I was going through whenever I listened to his music.
I ended up pouring out the whole gross story about how insecure I felt about Tanna and how I didn’t want to seem jealous, but I didn’t feel comfortable with Zach hanging out with her.
“I know you’re probably thinking, well, obviously her first serious boyfriend, how insecure and jealous can she be?” I said wishing I hadn’t opened my mouth.
“Nope, not at all. In fact, I was thinking this crap is why I don’t date more. What is it with our generation being so casual about stuff? Again, people call me old-fashioned, but I don’t think you and I are wrong to expect people not to hang out with their exes anymore. And if I’m old-fashioned, then why are my songs about this exact thing so popular? I can’t be that out of touch if people are relating to the lyrics, right?”
“Yeah, I think a lot of people want commitment deep down,” I said. “Or maybe I’m wrong. Maybe guys just want to date as many girls as possible and not settle down.”
“The media says I come off as this wounded guy as an act to get more female fans.”
I bit my lip. I had heard those rumors, too. In fact, at my old school, people made fun of me for falling for his fake image and said I was too naïve to see he was a player.
“Why are people so cynical?” he asked. “There was this article about me called, ‘Vulnerable or Vulgar: Is Holiday for Real?’”
I had read the article five times and then went online to read the outtakes from it, but all I said to him was, “Oh?”
“Yeah,” he said. “The journalist who interviewed me had an edge to him. The whole time I could tell he didn’t like me, and I almost wanted to call him out on it. I gave short answers and he labeled me, ‘moody and reclusive.’ Actually, I’d like to be reclusive, but I can’t get enough time off to do it,” he said laughing. “Being a recluse is just a dream at this point.”
I giggled. “It’s annoying how people just make snap judgements about you and they can put it out there.”
“I know, right? And if I’m having a bad day because I don’t feel good, nobody writes, ‘He had a sore throat and doesn’t feel like talking.’ No, they make it sound like I was being stuck up when all I wanted to do was go to bed and not die from the flu.” 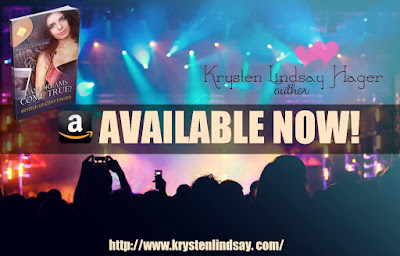 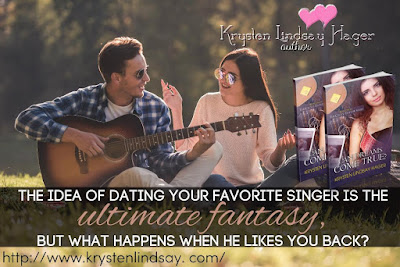 About Krysten Lindsay Hager:
Krysten Lindsay Hager writes about friendship, self-esteem, fitting in, frenemies, crushes, fame, first loves, and values. She is the author of True Colors, Best Friends...Forever?, Next Door to a Star,  Landry in Like, Competing with the Star (The Star Series: Book 2) and Dating the It Guy. True Colors, won the Readers Favorite award for best preteen book and the Dayton Book Expo Bestseller Award for childen/teens. Competing with the Star is a Readers' Favorite Book Award Finalist.
Krysten's work has been featured in USA Today, The Flint Journal, the Grand Haven Tribune, the Beavercreek Current, the Bellbrook Times, Springfield News-Sun, Grand Blanc View, Dayton Daily News and on the talk show Living Dayton.

Interview With Krysten Lindsay Hager:
1. Can you tell us a little about your book?
Can Dreams Come True is about a girl named Cecily Taylor Damone who has the chance to be in her favorite singer, Andrew Holiday’s, music video. Cecily gets to know Andrew on a personal level and she starts to feel a real connection with him. They go out and she starts to wonder if it’s really possible to date your fantasy crush. You see her go through all of the emotions as they’re out together and she’s an overthinker—like me.

2. When did you know you wanted to write a book?
I was always making up little stories for my dolls and have wanted to write since I was a kid. I used to watch soap operas with my mom and then finish the cliffhanger storylines with my Barbie dolls. I remember writing stories with my Cabbage Patch Kid story kit.

3. How many books have you written? Which is your favorite?
This is my seventh book. I don’t have a favorite because some feel more like diary entries while some reflect periods of my life at different times. Dating the It Guy reflects a lot of stuff I’ve dealt with.

4. What is a usual writing day like for you, how is it structured?
I don’t really have a usual writing day, but I always write a night. I tend to jot stuff down in notebooks and journals and then go from there. I can’t write with distractions so nighttime is perfect when there’s no interruptions.

6. Which of your characters would you like to meet in person and why?
My characters Landry, Emme, Cecily, Pilar, and Lila are the ones most like me, but I’d like to meet Andrew Holiday, the pop star, in person because as I was writing him, he became like a real person to me and there were some things going on with him that I didn’t expect to come out.

7. If you were a super-hero, what powers would you have?
I’d want to be invisible because I am a bit snoopy and I could eavesdrop a lot more if I were invisible.

8. What are writing projects are you currently working on?
I’m working on the second book in the Cecily Taylor Series and a new adult book.