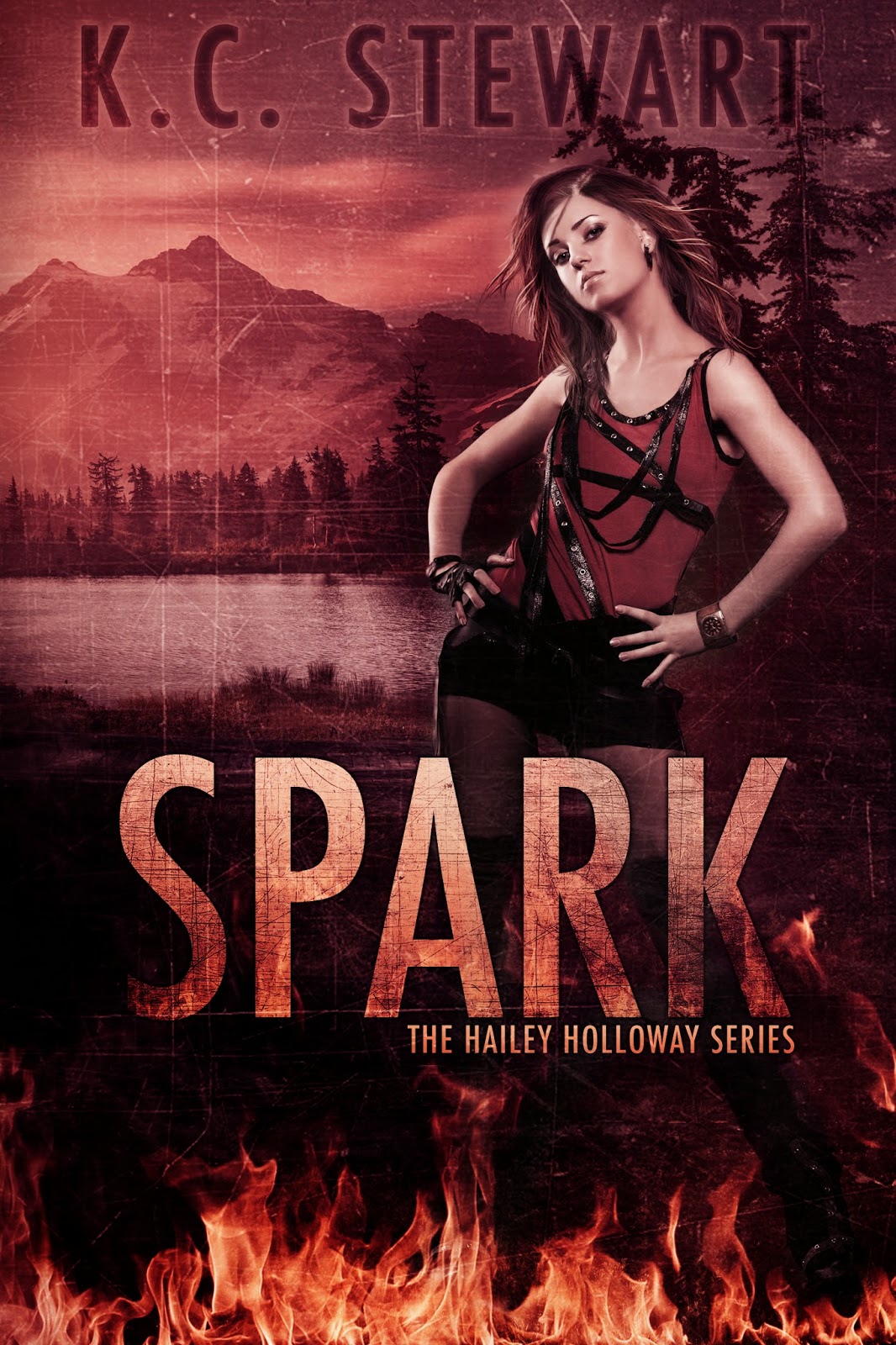 Copywriter by day, nerd by night, Hailey Holloway is living the post college dream. Her life may not be flashy and exciting but it’s enough for her. After a late night at work, Hailey stumbles upon two dragons brawling in the middle of Philadelphia. In an act of kindness and lapse of sanity, she comforts the dragon who was left behind to die. In doing so she inadvertently invited the soul of Dacea into herself for safe keeping. Hailey just wants to live her life as simply and quietly as possible but with the voice of a disembodied dragon in her head, she has little hope of achieving her goal.
Dacea will do anything to be free of Hailey, a human who is moments from checking herself into a psychiatric ward. He is grateful to be alive, but at what cost to his sanity? The dragon world is in upheaval. Green is at war with Red, and he is of no use to anyone while stuck with Hailey.
The solution to their problem is not without its risks. But just how far will Hailey go to be free of the dragon?

Hailey sat up in her bed and gasped for air. With its blaring alarm, her bedside clock announced that it was time to wake up. She hit the off button and because she couldn’t shake the dream she had been having, Hailey held out her arms and checked for any red marks. She found only her porcelain skin. “Ugh,” she groaned as she rested her head in her palm. It had just been a horrible dream; one she had been having on a nightly basis. There was no fire, no smoke, and no dragons. “That’s the last time I eat Mexican before bed.”
“Not this again,” a deep voice grumbled in her head.
Hailey squeezed her eyes shut. “I will not talk to the voice in my head. It is not real,” she repeated her recently acquired mantra, punctuating each word.
“Every morning it is the same thing. Hailey, you need to get over this already.” He sounded frustrated, not that she cared. The voice had been with her ever since the unfortunate event in the nearby park three weeks prior. “The sooner you accept what has happened, the sooner we can figure out how to fix it.”
“LA LA LA LA LA.” Hands covered her ears as she crawled out of bed. “I can’t hear you.”
He sighed in her head. “Why can’t you believe what is right in front of you?”
Because what was right in front of her was a crazy person, who had voices in her head, she answered mentally. Hailey turned on the shower and was set in her ways of ignoring him. She dropped her shirt on the floor but quickly covered her breasts with her arms.
“Crap. Close your eyes.”
“Excuse me?”
“I said, close your eyes. I need to shower.”
“You are infuriating,” he bit out.
“Nonsense, I am delightful. You on the other hand have no manners. I need to shower and don’t want you to watch.” She shifted uncomfortably, unsure where she should look when she spoke to him.
“It’s nothing I haven’t seen before. In fact a little peek is the least you can do for the headaches you’ve caused me.”
“Headaches I’ve caused you? What about me Mister? Do you think I want to hear your critique of absolutely everything I do, have done, or will do in the future? Just close your eyes and leave me be.”
A moment of silence passed before he grunted out, “Fine.”
“Are your eyes closed?”
“Yes.”
“How do I know that? You could just say they are but really be watching me shower like a creeper.” Hailey shuffled her weight back and forth as the cool air chilled her bottom.
“I guess you will just have to trust me,” he said amused. 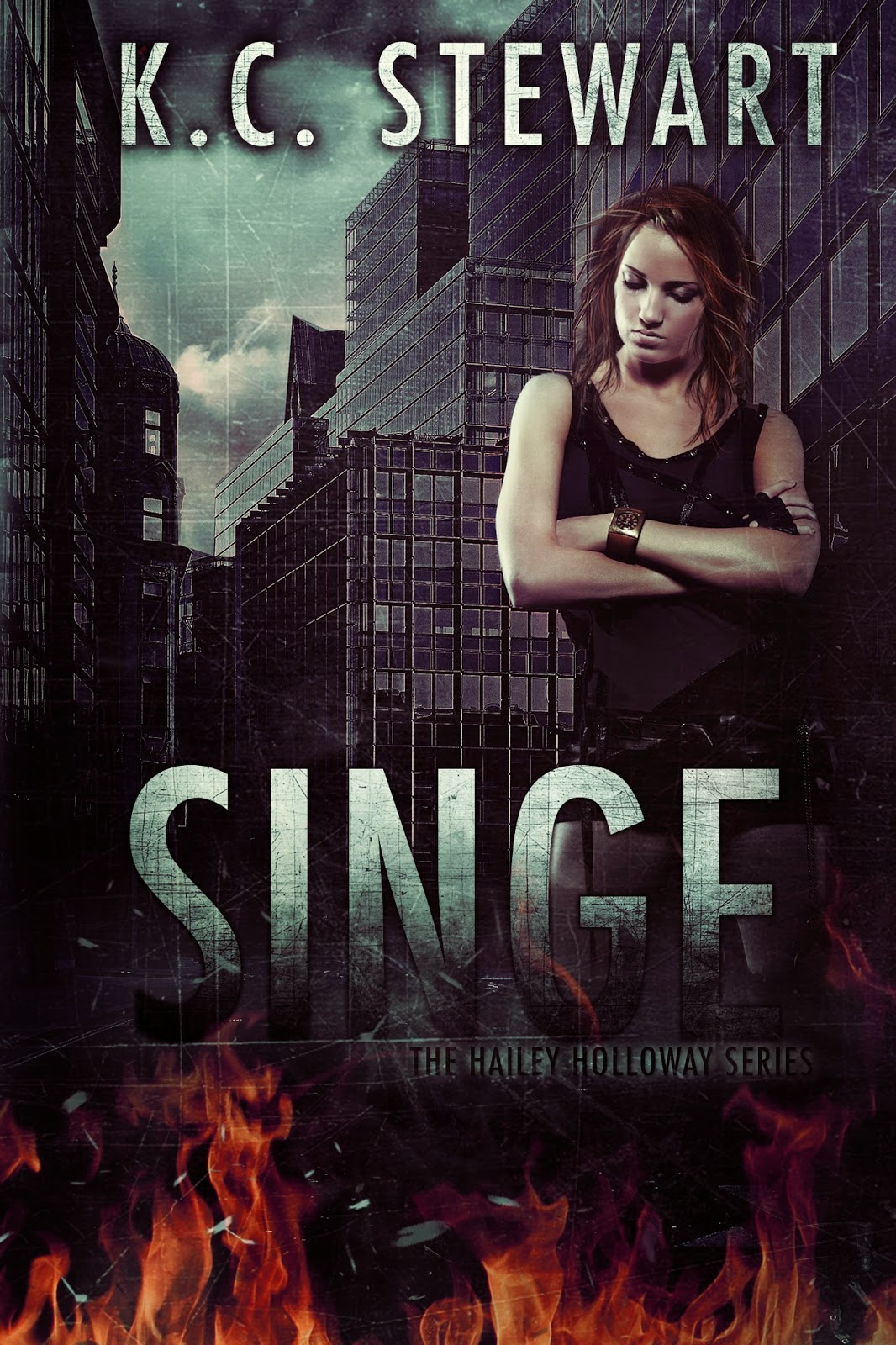 Hailey has been taken.
She was alive and had a dragon boyfriend with a shiny new body. Life was fantastic. Or it was until she was drugged and pulled right off the street. Hailey finds herself no match for the supernatural world. Will Dak come after her or did their latest battle of arrogance verses stubbornness ruin her chances of rescue?
Dacea has two Mates.
Word of his return was making its way through the dragon world and all the way to his runaway Mate. After hundreds of years of searching and wondering, Katherine was back and making herself at home. Dacea is stretched thin as he looks for Hailey and attempts to keep Katherine from moving in.
Silas has a secret.
His mind is set and he’ll tear through whatever gets in his way. With a little more research he hopes to have his suspicions confirmed. And when they are, his discovery will change everything.

“Hello?” Dacea barked into the phone.
“Missing someone?” He was going to enjoy this entirely too much.
“Silas you little fuck. What have you done?”
“Calm now Dacea. Hailey is perfectly fine. Aren’t you, my dear?” Silas turned to Hailey who struggled against her bindings. Her words masked by the duct tape covering her mouth. “You know, if you stopped biting people then I wouldn’t have to gag you.”
“Let me speak with her.”
“She is not harmed.” Silas ran a hand down her hair chuckling at the deadly glare she shot his way.
“I would like to hear that from her.” Dacea’s voice wavered as his dragon neared the surface. Silas always found a half changed Red hilarious with their forked tongues slurring their words.
“Very well.” Silas peeled the tape from Hailey’s mouth and held the phone to her ear.
“Dak, could you tell Lia I’m not going to make it for coffee.” She said with continued plots of death in her eyes.
“Hailey, Love, are you ok?”
“Besides being really pissed off, I’m fine.”
“What happened?” Silas could hear the relief in his voice. It was sweet, and he would enjoy picking at that weakness like a hardened scab later.
“This bitch pulled me off the street and drugged me. I woke up while they were tying me to this chair.” She pulled a bit at her arms tied behind her back. Testing them for the hundredth time. “That’s when I bit the guard and kicked another.” Her voice shone with pride.
“Good girl. I’m coming for you, Hailey. But in the meantime, give them hell.”
“Dak, I lo-“
Silas pulled the phone away with a chuckle. “And that’s enough for one day.”
“What do you want, Silas?” Gone was the loving tone of a man smitten, in its place was that of a dragon missing his Mate. How easily Silas could make people mindless killers. It was a gift really.
“Oh Dacea, I’ve got everything I want right here.” He tapped Hailey’s nose and replace the tape on her mouth.
“Silas.” Dacea said with warning.
“Do not worry Dak.” He spit out the pet name. “I have sent a gift your way.”
“Don’t call me that.”
“Ah yes, apologies. Well, I only called to keep you from worrying. Goodbye Dacea.” Silas hung up on Dacea’s cry of anger. “Right then.” He turned and smiled at Hailey. “Shall I show you to your cell?”


Bio:
K.C. Stewart lives in central Pennsylvania with her three cats. She is currently attending college online for Library Science while working full time as a photographer. In her spare time, which isn't easy to find, she reads an obnoxious amount and writes in between everything else. K.C. has a very real addiction to gummy bears and talking to her cats when no one is around.

Interview with K.C. Stewart:
1.    Can you tell us a little about your books?
I write particularly urban fantasy and can’t help but have some romance thrown in. I write what I like to read.

2.    When you write do you write the first draft on a computer or paper and pen?
I don’t have the patience to transfer all handwritten notes to the computer so I’m on my laptop from the start. However, I do write my outline out by hand and I’ll shorthand a scene or two if I’m not near my computer.

3.     Do you have a favorite spot to write?
My bed. It makes for a horrible night of sleep since my mind won’t turn off even after I’m done writing for the night. But that’s what my phone’s “memo” app is for. I have notes upon notes of random one liners up to full chapters on my phone. Sometimes it’s for my current project but more than likely it’s for something I haven’t started yet.

4.    Do you have any “odd” writing habits?
Not really. I’m kinda boring. I sit down and write, then procrastinate on facebook for awhile, write a bit more, watch a cat video or two (hundred), write a bit more.

5.    Do you listen to music while you write?
Nope. I’ve tried but it distracts me. I can get inspiration from music but I can’t write with it on.

6.    Where did you get your ideas for the Hailey Holloway series?
To be honest I was watching Supernatural and the episode was on dragons. I thought, “huh, that could work,” and that was that. At the time I was in a writing group where we wrote flash fiction and was in need of a new character. I had bad luck with finding a writing partner so I decided to create someone with a “built in” partner. After a few months I realized her story could be something more than a few hundred words here and there.

8.    Are you doing any Author Signing Event this year?
I am. It’s my very first one and I figured I’d go all out. I’m going to Vegas for The Novel Experience in April. At the moment that is the first one I’m confirmed for but I might do something in the fall as well. I have to work it into my school and work schedule so time is limited.

9.    Who has the biggest influence on your work?
My author influences are J.D. Robb (Nora Roberts), Patricia Briggs, Molly Harper, Chloe Neill. Other influences include my many, many fandoms. I tend to put pop culture references into my writing.

10.     What are writing projects are you currently working on?
I’m 80% done with a new book called Too Far Gone. It’s going to be a shifter book and possible series. Unfortunately it’s on hold at the moment since this semester is pretty demanding. The third book in Hailey’s series is being edited and will be released this winter. Then I have one more to write in the series. I also have plans for a novella series for Silas. In my notebook (labeled Evil Plans & Stuff) I have brief outlines for two other books. Not sure when I’ll get around to them but someday they will be written.