Blog Tour for Until The End by London Miller 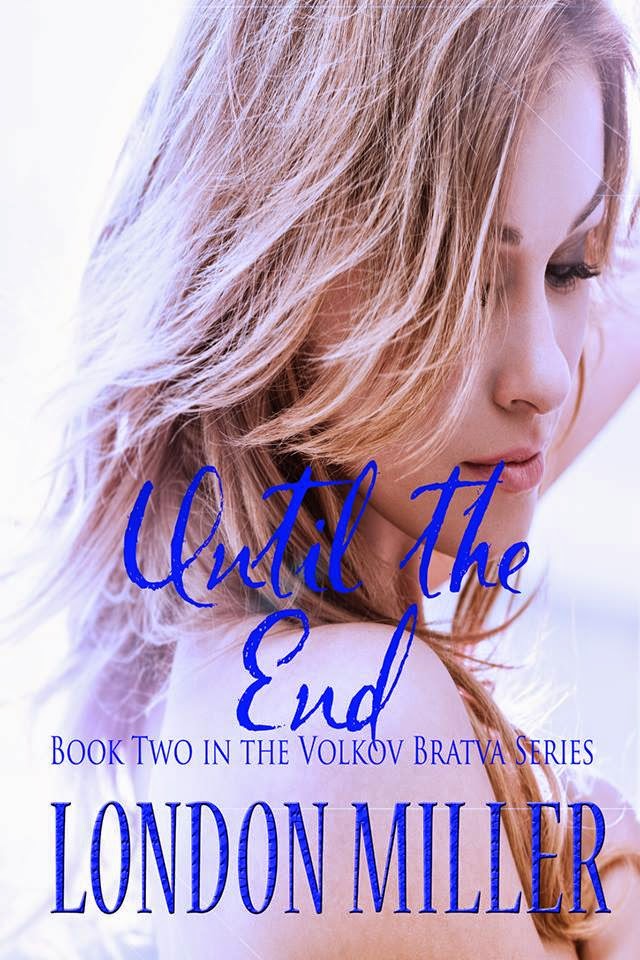 After learning the truth behind her father's tragic murder, Lauren vowed never to go near another Volkov again, but sometimes matters of the heart are too strong to resist...

As a Captain in the Volkov Bratva, Mishca has pledged his loyalty to the Vory v Zakone, but he soon finds himself at odds with the life he's always known...

When Mishca and Lauren fight to salvage their relationship, new obstacles present themselves, forcing the pair to make drastic choices that either tear them apart or bring them closer together...

**Intended for mature audiences only. 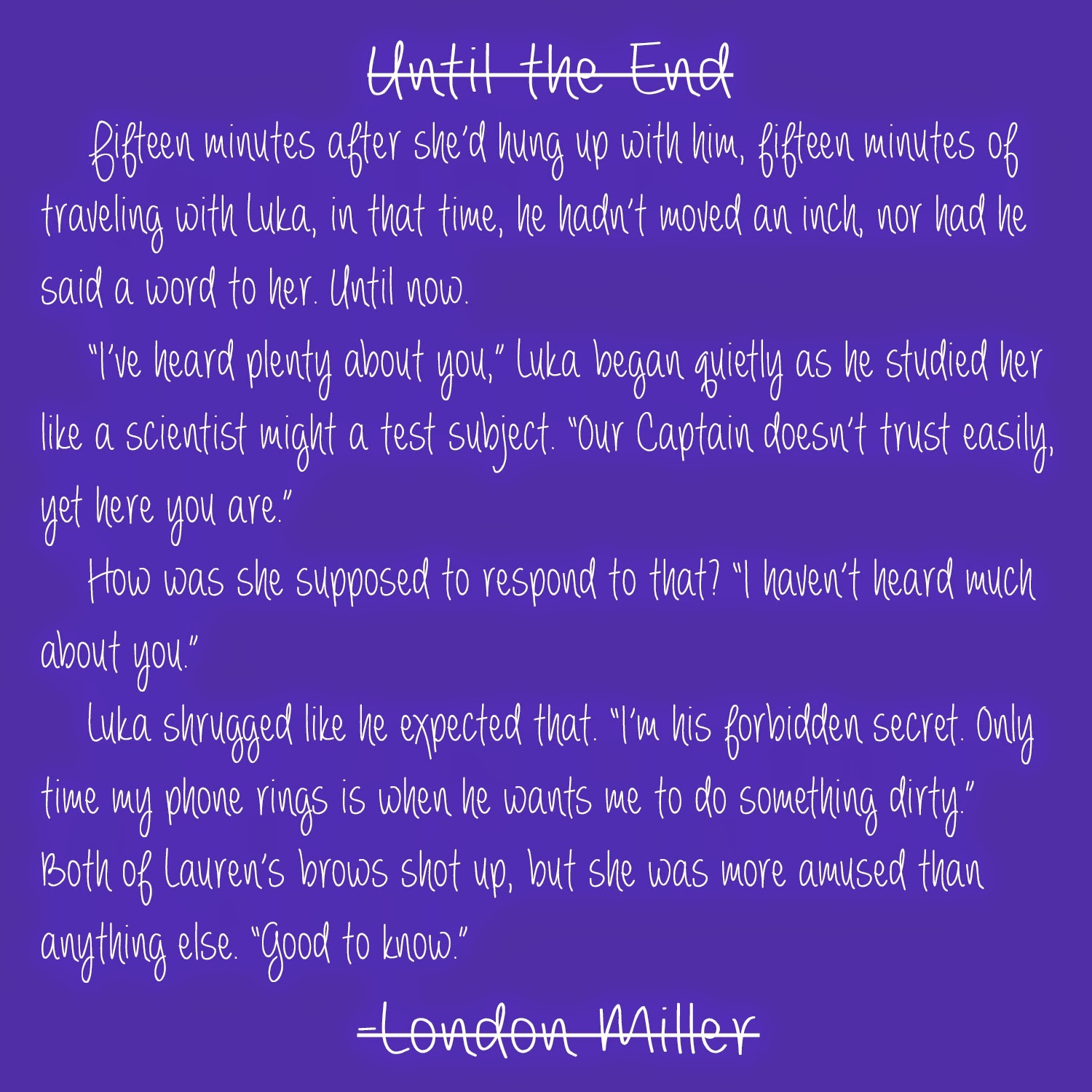 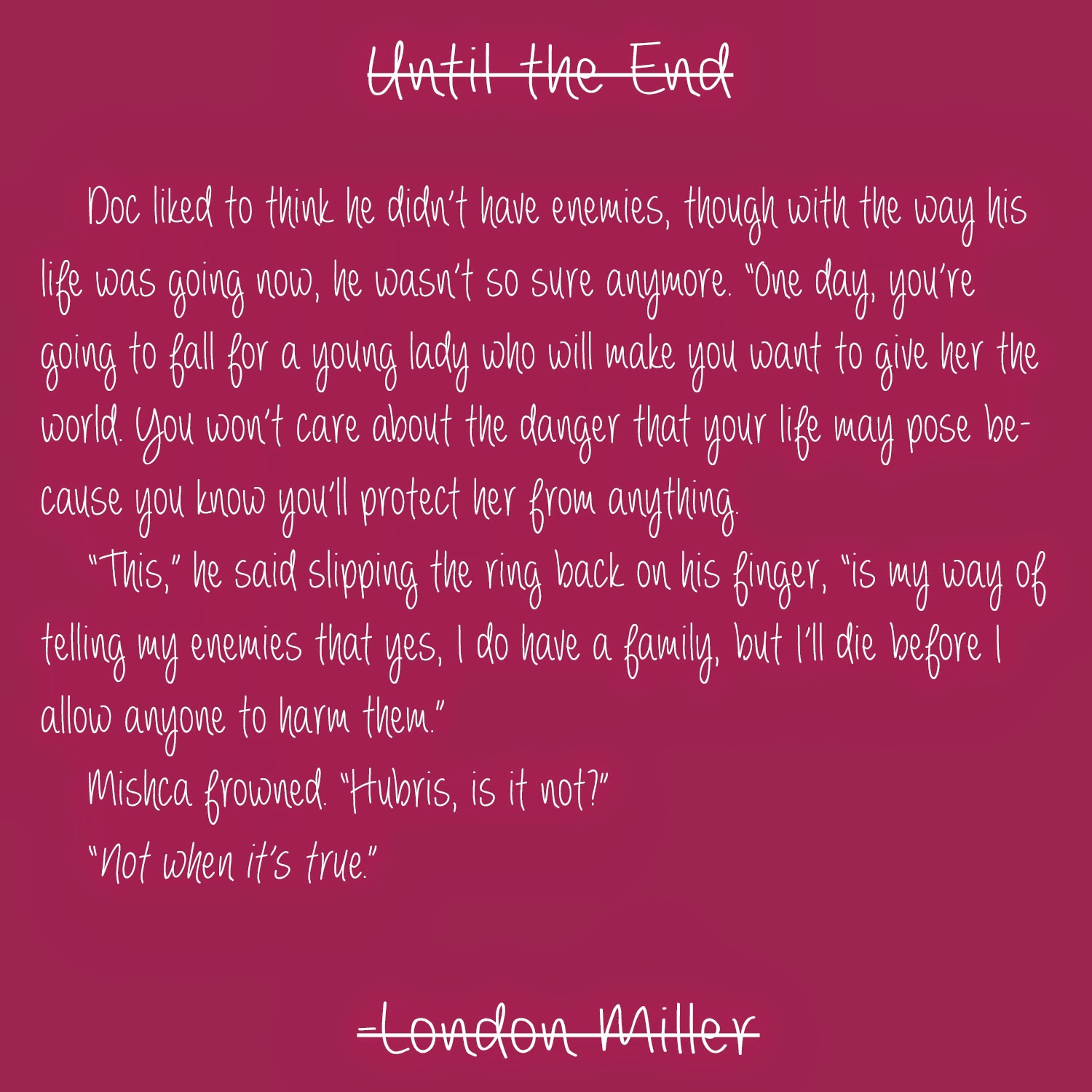 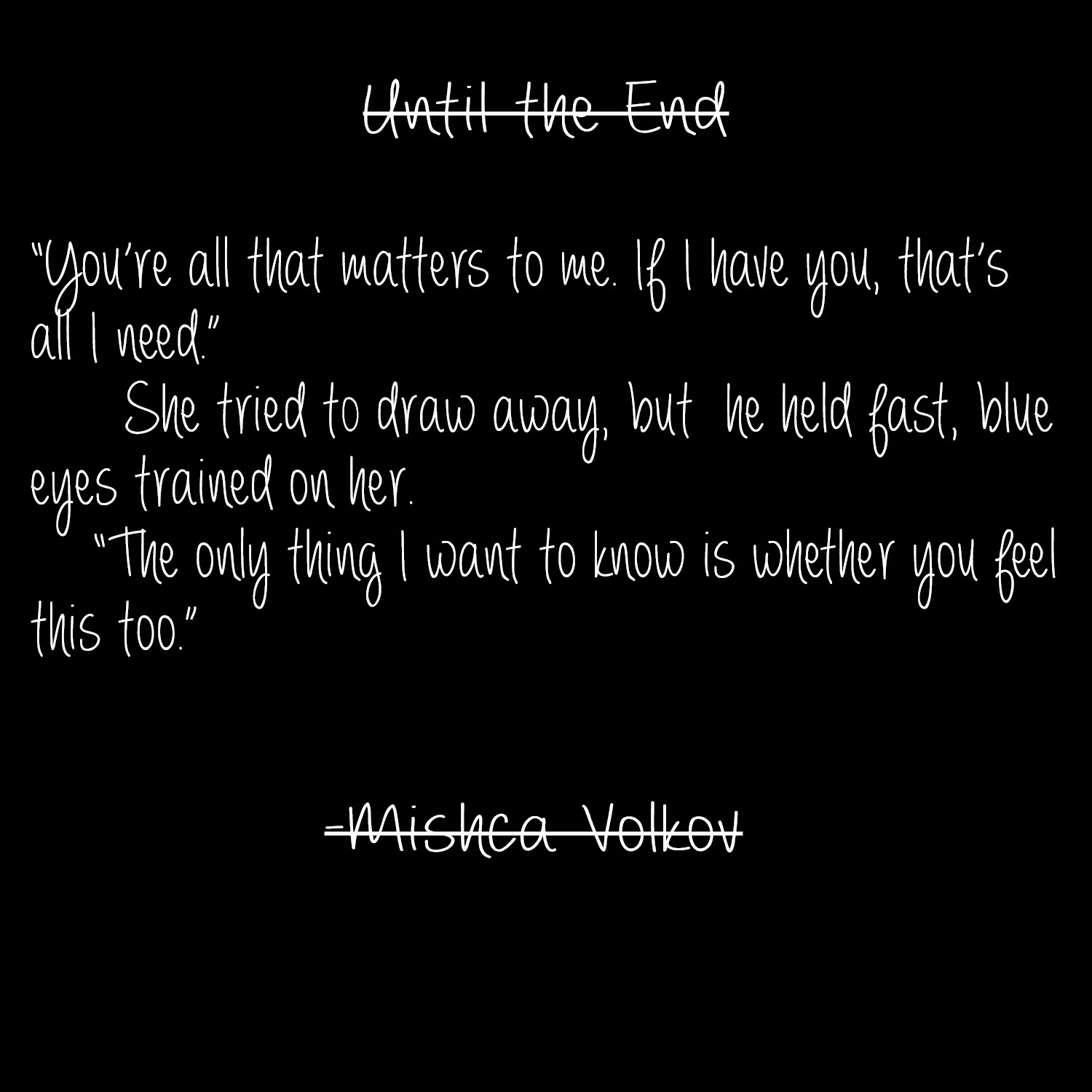 With a degree in Creative Writing, London Miller has turned pen to paper, creating riveting fictional worlds were the bad guys are sometimes the good guys.

She currently resides in southern Georgia where she drinks far too much coffee, and spends her nights writing.