Release Blitz for The Unforgiven by Shauna Allen. 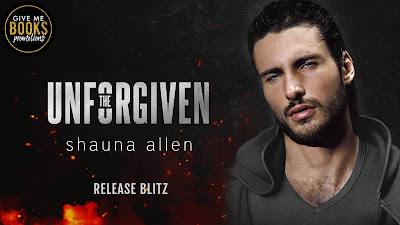 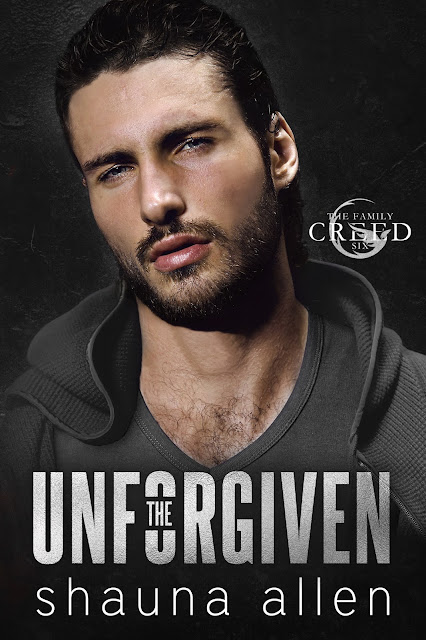 As a teenager, I was accused of an unthinkable crime.
My girlfriend vanished without a trace, and because of my less than stellar upbringing, the eyes of suspicion fell on me, making me the prime suspect for a crime nobody could prove happened.
An overnight pariah, I left that town and its nightmares behind the minute I turned eighteen, carrying the unimaginable weight of my own silent guilt.
For more than ten torturous years.
Now, with her disappearance solved, I’ve finally been vindicated, doing nothing to erase a decade’s worth of pain and shame.
When I’m needed back home to take care of family, however, I’ll do what needs to be done—even face down my own demons.
What I’m not ready for is Riley.
Sweet, perfect, and overcoming her own nightmare, she’s resurrecting something in me I’d long since buried . . . my heart.
But I’m convinced some things are better left in the grave.
My name is Hunter Henderson.
I am the Unforgiven.
***Reader note: This book is a continuation of the Family Creed saga, and while Claire’s mystery has been solved in the previous books and The Unforgiven can technically be read as a standalone, I would HIGHLY recommend for your reading enjoyment that you read the series in order.
***Due to profanity, adult subject matter, and very strong sexual content, this book is not intended for readers under the age of 18. 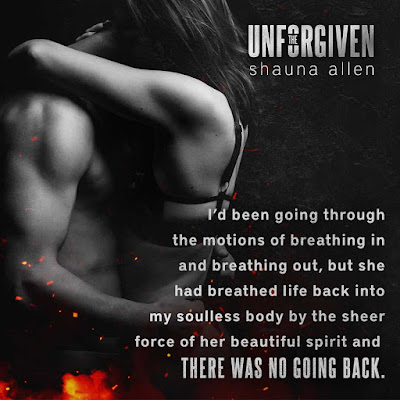 EXCERPT
Hunter's thumb traced my bottom lip gently. Reverently. “You’re a survivor.”
I fought to believe him. Years of guilt rebelled. Still . . . the rational part of me knew he was right, and I wanted so badly to release this burden. Therapy had helped some, but it still reared its ugly head from time to time. “I know that. Doesn’t stop the feelings sometimes.”
Something in his eyes clouded for a moment. “I get that.”
I didn’t want to leave the warm cocoon of his embrace, but I figured I’d made enough of a spectacle of myself, so I slid off his lap back to my seat. I chanced a glance to the side and caught Harper disappearing from the window right at that moment. Great. I wiped my face and shook my head. “I never do this, you know.”
“What? React normally to a completely fucked-up situation?”
I couldn’t help but smile. “Yeah. That.”
His hand found mine and he brought it to his lips to brush a kiss to the back of my knuckles. “Don’t worry about it. You’re entitled to your feelings, Riley.”
“Even for you?” I blurted.
He slowly dropped my hand and blinked away, not saying a word.
“I’m sorry. That was too much. I shouldn’t have—”
He shook his head, silencing me. His hands were restless as he yanked off his baseball cap, raked his fingers through his hair, then slammed it back on as his gaze roved the parking lot, suddenly everywhere but on me. “Riley, look . . .” He sighed from deep in his gut, as if in pain, before facing me. “It’s not too much. You’re not too much. You’re pretty much fucking perfect from where I sit. But I’ve told you before, I don’t want to hurt you, and I meant it. You deserve everything and I’m . . . I have nothing.”
I blinked at him, shocked.
Perfect?
Nothing?
When had he gotten those two so terribly twisted?
I could take it if he didn’t want me—okay, maybe not, but I would eventually get over it. But he was basically telling me that he wanted me but felt unworthy and that meant future pain for me. Well, Hunter Henderson may equal an unavoidable heartache, but not for the reasons he thought. He was anything but unworthy.
He was everything.
He’d triumphed in spite of the shitty hand life had dealt him, and come out of it, yes, maybe a bit more wary, but also stronger, kinder, braver, and his protective streak for those he cared about was a mile wide and definitely something special.
“Hunter,” I finally managed, making him look at me. “I’m not perfect, and you’re not nothing.” I cupped my hand over his. “As for my heart, why don’t you let me worry about that? All I wanna know is do you have room for me in yours?” 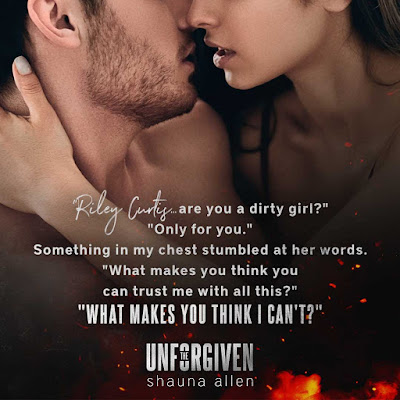 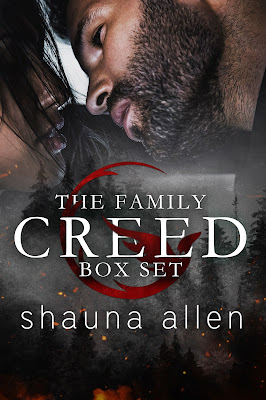 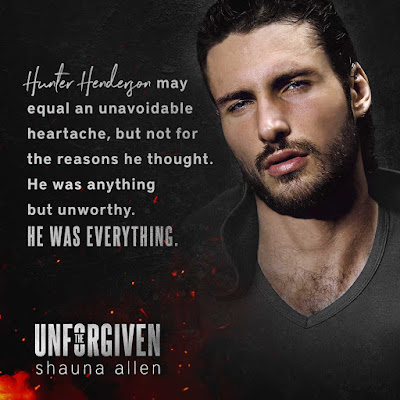 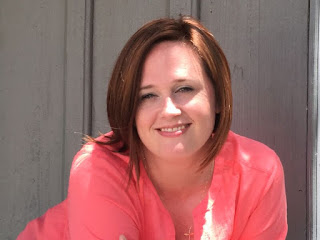 Shauna grew up an only child with two open and loving parents in Central Texas. She’s married to her high school sweetheart and is the mother to three awesome kids, including one in the United States Air Force. She loves her heroes hot and angsty and her romance on the emotional side. Shauna also writes contemporary YA novels as SC Montgomery and works as a freelance editor. She loves all things sexy, sassy, and Gerard Butler.
AUTHOR LINKS 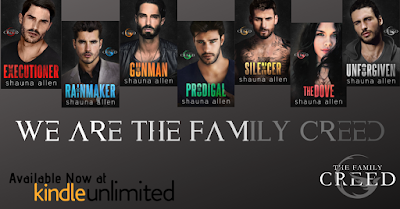