Blog Tour for TAKE THE BRIDE by Carly Phillips

She used to be his. Now she’s about to marry another man.

Will he let her go … or will he stand up and take the bride? 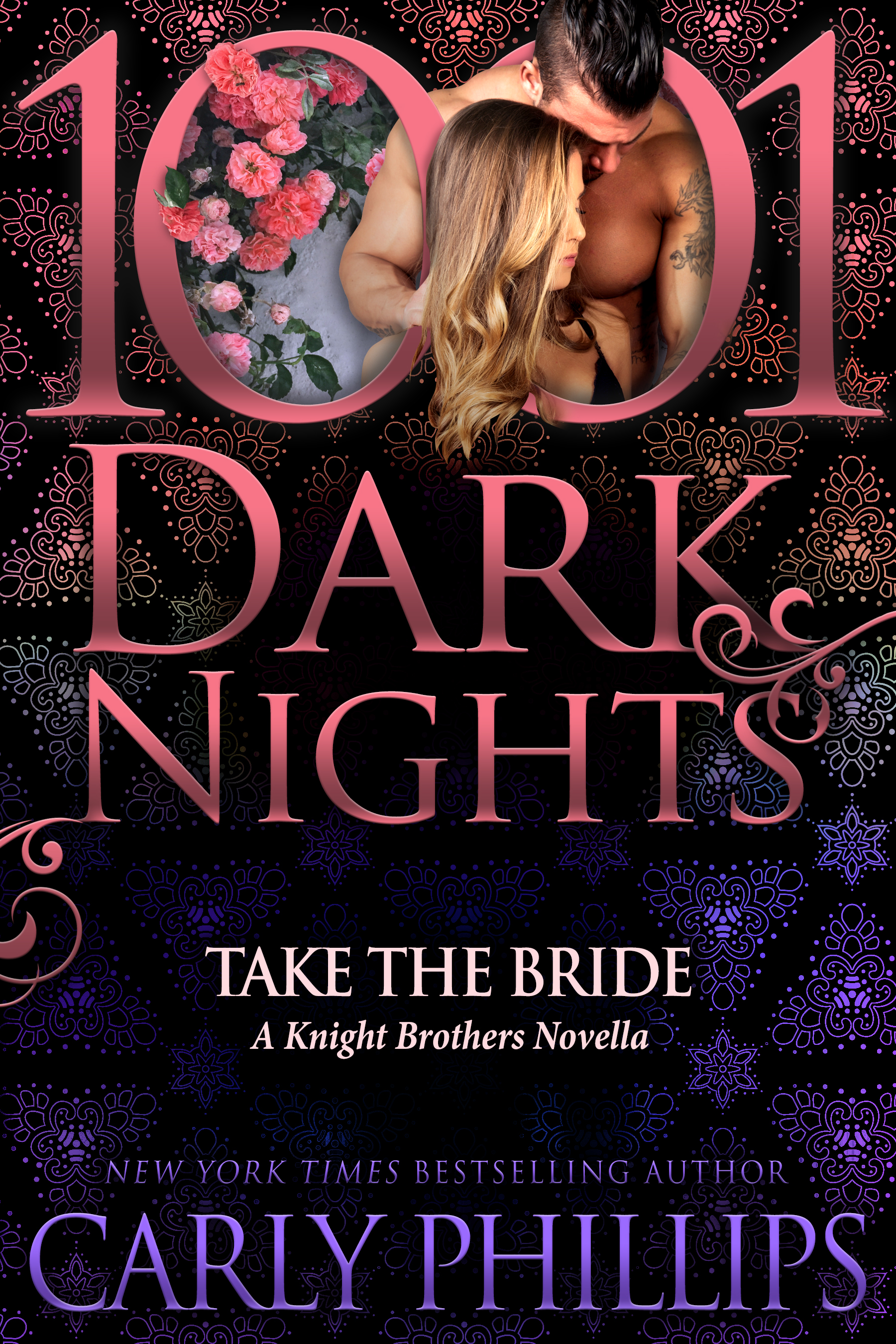 Ryder Hammond and Sierra Knight were high school sweethearts. Despite him being her brother's best friend, their relationship burned hot and fast…and ended with heartbreak and regrets.
Years later, she’s at the altar, about to marry another man.
He’s only there for closure, to finally put the past behind him.
But when the preacher asks if anyone has a reason the couple shouldn’t wed, she turns around and her gaze locks on his.
Suddenly he’s out of his seat.
Objecting.
Claiming.
And ultimately stealing the very pissed off bride and taking her to a secluded cabin.
He wants one week to convince her they’re meant to be, to remind her of the fiery passion still burning between them.
When their time together is up, will she walk away and break his heart this time, or will he finally have the woman he's wanted all along?

**For fans of Carly’s Knight Brothers, Take The Bride is book two in that series.**

**Every 1001 Dark Nights novella is a standalone story. For new readers, it’s an introduction to an author’s world. And for fans, it’s a bonus book in the author’s series. We hope you'll enjoy each one as much as we do.** 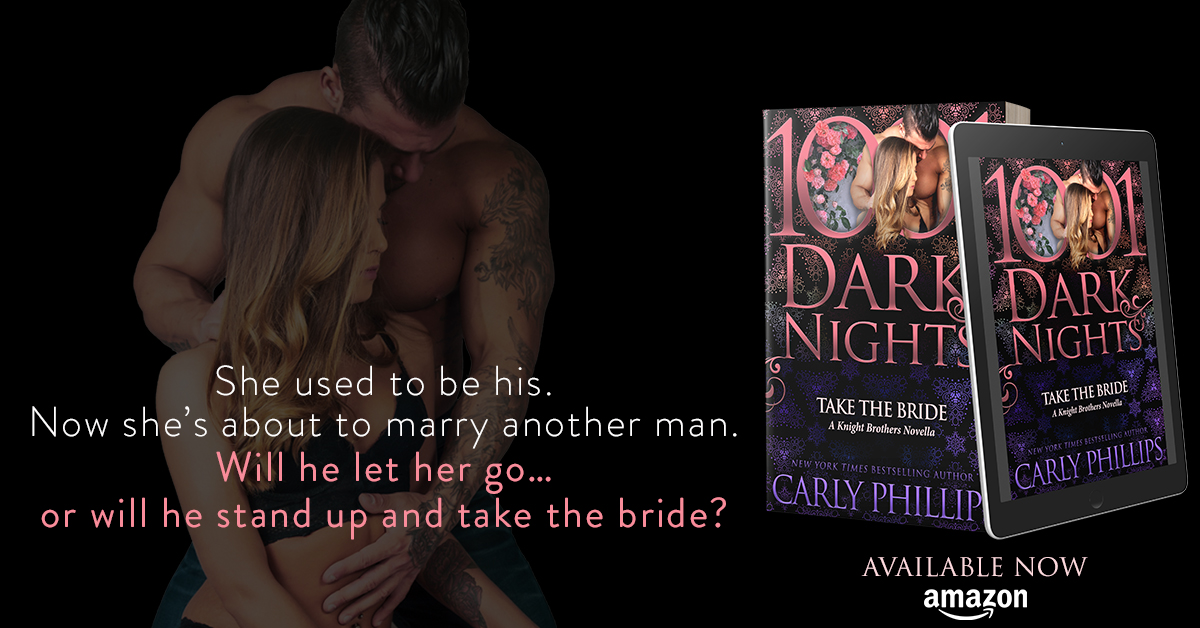 Sierra woke up as the car turned off, the motor coming to a stop. She shook her head and looked around at the unfamiliar surroundings. Trees were visible outside the windows, and a glittering sign said Paradise Cove, and beneath it, A Couples Only Poconos Resort.
“You have got to be kidding me!” She glanced at Ryder in disbelief. “What the hell are we doing in the Poconos?” She’d obviously fallen asleep for a good two hours, the shock of the day along with the glass of champagne she’d had prior to the non-wedding catching up with her.
He treated her to his most charming grin. “You always said you wanted to honeymoon here. That it was romantic.”
“I was seventeen!” she yelled at him. “I didn’t know any better. And we aren’t on our honeymoon.” She glanced down at her white wedding gown, not missing the irony of the situation but in no mood to find it funny.
She and Jason were supposed to be on their way to St. Lucia tomorrow morning. Instead she was in the honeymoon capital of Pennsylvania. Her stomach cramped at the reminder of all she’d left behind earlier today. Although she’d texted Sebastian from Ryder’s phone, she hoped her brothers weren’t too worried about her. She’d left her own phone in the bridal room and couldn’t know whether Jason had tried to reach her or not. But her brothers knew she was with Ryder, and if Jason wanted her, he certainly could contact them and find out how to talk to her.
Instead she was in the Poconos with her ex.She looked at the man who’d driven her over one hundred miles from home and waited for an explanation.
He placed an arm behind her seat, turning to face her. “By the time I realized how far I’d driven, we were half an hour from here. I couldn’t think of anywhere else to crash. And I wasn’t about to turn around and drive another two hours home.”
She frowned at him. “So now what? You expect me to stay here with you?”
“Would it really be so bad?” he asked, his voice gentling. “I understand you’re angry with me, but we’re here. It’s late. Let’s just go inside and see if we can get a room.”
The very idea of it was crazy. Nothing good could come of her being alone with Ryder now, and she really shouldn’t have left with him. But it was too late to take her actions back now.
She blew out a resigned breath. “Fine. But I hope they have a gift shop,” she muttered, needing a change of clothes because nothing about this trip had been thought through.
She climbed out of the car and Ryder helped her gather the train and fold it up so she could hold it over one arm. Then together, they walked into the main area of the resort and headed to the reception desk.
“I assume you have a reservation?” the woman behind the counter asked, her gaze traveling over Ryder in his suit, Sierra in her white gown.
“Umm, no. But we’d like a room for a couple of days,” Ryder said with a smile.
“One night,” Sierra countered.
He frowned at her and the girl behind the desk looked confused. She typed something into the computer and glanced up at them. “Our honeymoon suite is booked and we only have suites, not rooms, but I’m sure you’ll love what’s available. All of our suites have round king-size beds beneath celestial ceilings, log-burning fireplaces, and heart-shaped tubs or champagne-glass-shaped whirlpool spas.”
Sierra felt her mouth drop open at the description. It was everything she’d seen in commercials as a young, love-struck girl dreaming of romance.
“I don’t think–”
“We’ll take one,” he said, cutting her off.
The clerk looked back and forth between them, a definite furrow between her eyebrows. “We can only offer you two nights. I’m sorry but we’re booked after that.”
Before she could utter another word, Ryder slid his credit card across the counter. “We’ll stay both nights. And the airline lost our luggage, so do you think you could hook us up with the basics?” he asked.
She was grateful he was thinking of everything, even if she was still annoyed with him. Besides, she was beyond uncomfortable in the wedding gown, and Sierra hoped the woman could help them.
The clerk’s gaze softened at the mention of missing suitcases. “That’s awful and frustrating. I’ll send up toiletries and amenities,” the woman said. “There are bathrobes in the rooms, and the gift shop and stores open tomorrow morning. You’ll be able to pick up more things to wear then.”
“Thank you,” Sierra said, appreciating the woman’s kindness.
“We’re grateful for anything you can do,” Ryder said.
He slipped a tip across the counter and the clerk glanced down and grinned at him. “Thank you. I’ll call housekeeping right now. In the meantime, here are your key cards. Breakfast and dinner are included. A continental breakfast is served in the room tomorrow. I’ll even throw in some parts of our honeymoon package,” she whispered to Ryder, making Sierra wonder how much money he’d given her.
No matter the amount, she had no intention of making use of their specialty package, she thought, exhaustion seeping into her bones despite her long nap. The day had been overwhelming and was definitely catching up with her.
She unwittingly sagged against him, and his arm immediately came out, wrapping around her, holding her for the first time in forever. It took all her willpower not to lean her head against him and let him take over.
“Come on, sweetheart. You look dead on your feet,” Ryder said, and taking her by surprise, he swept her into his arms.
Just like a real bride.

Meet Carly Phillips
Carly Phillips gives her readers Alphalicious heroes to swoon for and romance to set your heart on fire, and she loves everything about writing romance . She married her college sweetheart and lives in Purchase, NY along with her three crazy dogs: two wheaten terriers and a mutant Havanese, who are featured on her Facebook and Instagram. She has raised two incredible daughters who put up with having a mom as a romance author. Carly is the author of over fifty romances, and is a NY Times, Wall Street Journal, and USA Today Bestseller. She loves social media and interacting with her readers. Want to keep up with Carly? Sign up for her newsletter and receive TWO FREE books at www.carlyphillips.com. 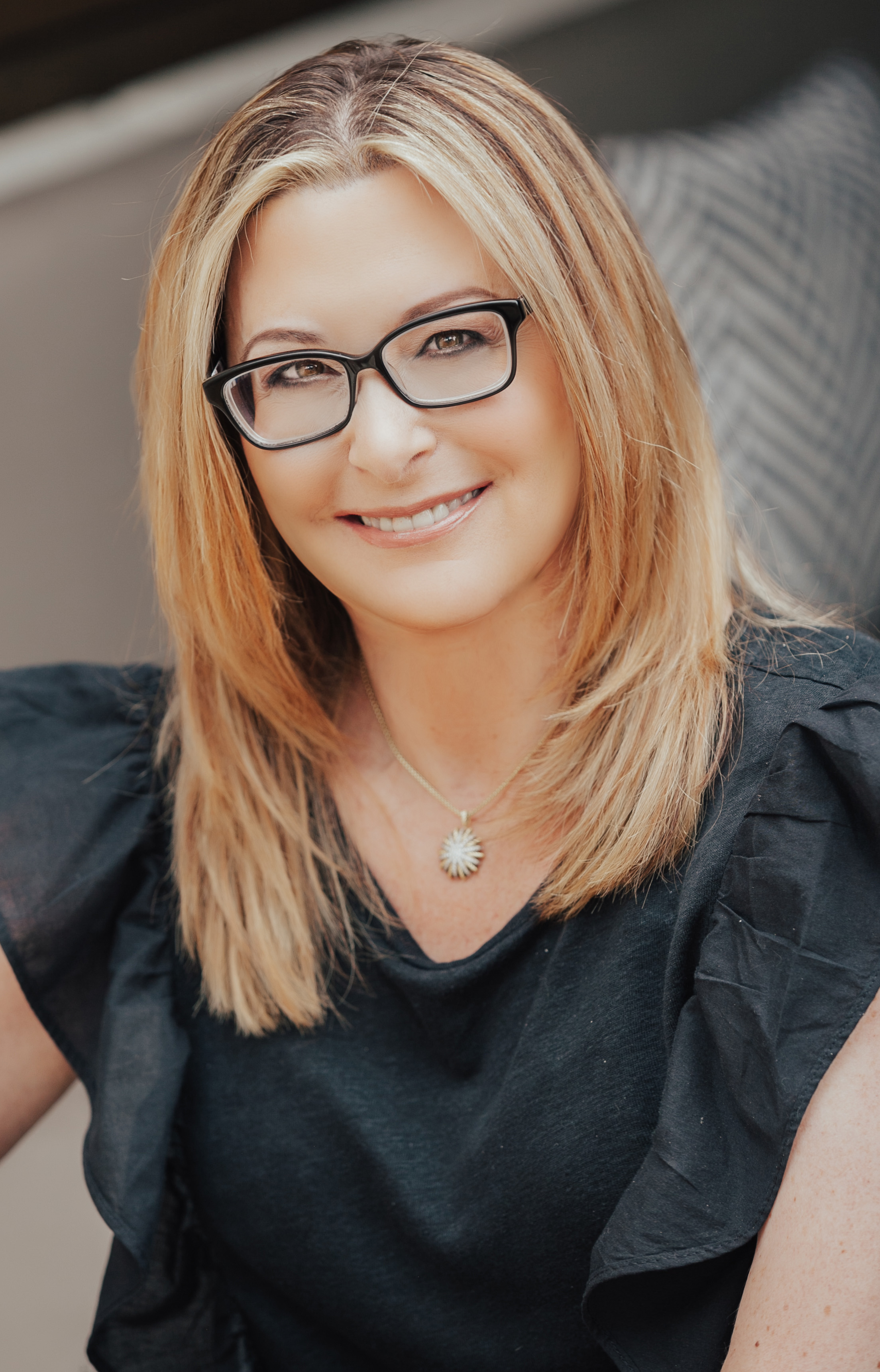