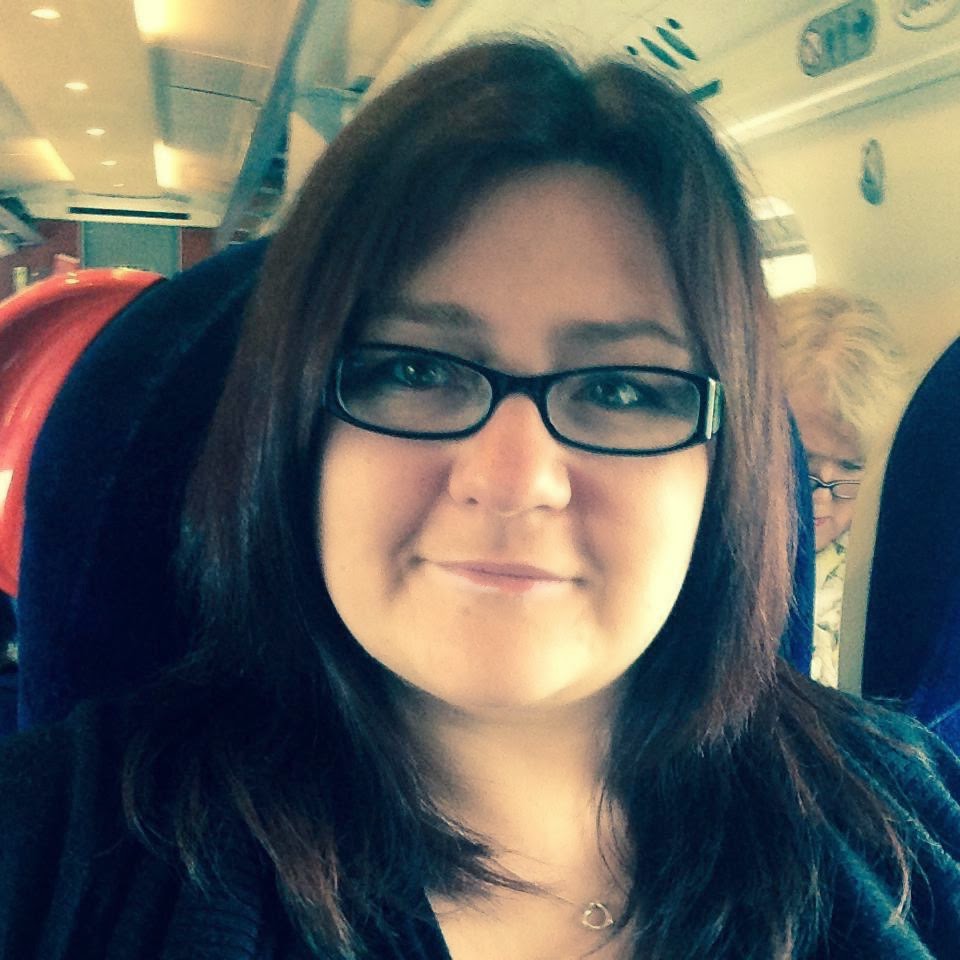 Hi, well as you now know, I’m Lisa Fulham. I’m an author of erotica, poetry and I like to mix both those things together from time to time. I like to be slightly out of step with whatever’s considered the norm and I’m a sucker for a good giggle. Make me laugh and I’m likely to never let you go.

Ooohhhh meanie lol I loved writing all of them, but Out on Business and The Wedding Guest are two stories which mean a lot to me. Lust Through a Lens is one where I seemed to put a hell of a lot of myself into the main female character.

I love writing poetry too, something which happened by accident. It’s something which is easy and hard in equal measure. If I try to sit to write poetry I have nothing, if an idea for a poem pops into my head then it distracts me until I have it down. Poetry is also the only thing I always, no matter what, write long hand first.

I’ve had a few if I’m honest. The suit clad Blake Cassey from Out on Business. The Groom Jonathan and his best friend Melissa in the Wedding guests and some of the supporting roles were funny too.

That’s the thing for me, I love writing sex and emotions, but I also like to slip bits in to make people laugh. Enjoyment of erotica isn’t all about how good the sex scenes are.

Up until this year I exclusively wrote on my PC (when not curled up somewhere with a notebook) at my desk in my bedroom. This was simply because that’s where the PC was, but now I have a laptop I’m sitting in my kitchen a lot more and have my miniature Yorkshire terrier keeping me company. He’s so cute and very naughty at times.

Not really. I have to have tea and juice at all times as I suffer from migraines so hydration is very important. I only like to eat foods I can pick up and shove in my mouth so I can type while I chew. Other than that I just sit and tap away at the keys which I’m sure move around when I’m not looking.


I do, I listen to Oasis exclusively. I lived my teens through the 90’s and I’m from Manchester which means Oasis are ingrained into my soul. I can have them playing in the background and it feels like an old friend is with me without trying to make conversation and it not be weird.

When I’m editing however then I need dead silence and if I can’t get that then I get very grumpy.

I’ve wanted to write since I was fifteen and discovered the author Kate Cann. She made me want to build a world where people wanted to visit time and time again.

Second Chance Hero by my good friend Rebecca Sherwin. I LOVED it and didn’t want to put it down. You know when you read a book and you want to slap, hug and scream at the characters all at the same time? That’s how fantastic it was.

My current project is yet to have a title. Nothing has jumped out at me. It follows Sophia, a rich girl not quite like the rich girls we’ve seen in the past. We follow her during her gap year where she has four very different adventures. Here is the first chapter. It’s unedited, but I’m still pretty pleased with it.

When I woke up this morning I never expected my day to end up here. In fact, if someone had told me over my sugar puffs this would be where I’d be at four-thirty am, I’d have suggested they seek medical assistance. Thing is, now I’m here, it feels as though I’m finally where I belong. Life’s funny that way with all its little surprises.
I suppose I should tell you a little about myself before I share my day with you, after all you’d at least want someone’s name before you woke up in bed with them naked wouldn’t you?

The trick is to tell you about myself without sounding like I’m either filling out a dating website profile or a job application.
I’m Sophia, I’m twenty years old and I guess the thing people notice about me most is the fact I come from money. When I say money, I’m talking sixth generation old money. Well half of me comes from that life; my mum came from a normal, run of the mill family. Nan and Pops both worked hard their whole lives to give their daughter the things in life they never had growing up. Grandma and Pappy are where the money comes from.
To say they are the biggest snobs I’ve ever had to endure would be an understatement. The differences between times spent with my different grandparents are opposite ends of the normality spectrum. From high society living to homemade Christmas presents, one thing’s for sure, I definitely had an interesting start in life. Mum and Dad met when they both took a gap year before starting university to go backpacking in the Far East. They fell in love in the shadows of the Himalayas. Grandma was not impressed when Dad came home in love with someone not from an upper class bloodline and announced they were getting married while still in University. Apparently she was in therapy for over a year trying to cope with the stress and shame of it all, though of course she told her friends she had simply been suffering from migraines when they asked why she had been shying away from social gatherings.
The only reason she didn’t cut Dad off completely was because Mum offered to sign a prenuptial agreement stating if the marriage ended she didn’t want a penny. She also added the reason was because any money from Grandma’s family would be tainted with her sour soul, which I think is pretty funny considering it ended up in a binding legal document.

The reason I’m telling you this is to explain the two worlds I’m from. Mum has always kept me grounded and for as long as I can remember I’ve spent half my holidays with Nan and Pops. They showed me the value of a good heart far outweighs the value of a bank balance. How my Dad turned out to be as down to earth and brilliant as he is–considering he grew up in the coldest house I’ve ever known—is beyond me.
Don’t get me wrong, we’re no tree huggers and I went to the best private schools in the country, but I learnt the rich way of living is not how life is enriched.

So that’s a little about my upbringing and background, but I want to tell you about the journey which lead me to where I am now.

A group of friends and I decided to take a year off between leaving college and starting University. They planned to sail the world on their Daddies yachts, catching a suntan and probably herpes along with a whole other host of STD’s in the process. That scene has never been for me and even though they begged me to go with them, I knew it wasn’t how I wanted to spend a year of my life. This caused a huge row with my boyfriend Henry and was the ultimate reason we broke up. If I’m honest with myself I would have ended things before university no matter what. Henry was a boy my Grandmother had set me up with, we went to the same schools and his bloodline was as old as ours–perfect match in Gran’s eyes, but we were polar opposites. He liked clubbing and flashing his cash and ‘woman’ as he tried to call me around. Our Grandparents were more upset then either of us and I was pretty sure he had been shagging around behind my back the whole time we had been together. My only regret about the whole thing was sleeping with him. I knew I didn’t love him, but I figured I should get the deed over with and I did, quickly. Either sex wasn’t as good as people made it out to be or Henry was a little too eager for the post-coital cigarette he seemed to enjoy more than he had being intimate with me.
Truth is, I can barley handle a long weekend of the scene my friends live for when I can’t think of a plausible excuse to get myself out of it. So the thought of spending a whole year doing nothing of substance made me feel physically queasy. Club hopping wearing heels higher than the Empire State building, skirts which looked nothing more than thick belts and the way they all tried to big it up as though they were all gangsta and appearing in a Tupac video just wasn’t for me and the nights I was forced to tag along I hated.

Instead I decided to split my year into four very different adventures.

When I’m not working on this I’m trying to promote my latest book Delicious Just Desserts.

Thank you so much for having me and I hope you’ve enjoyed getting to know me a little better. 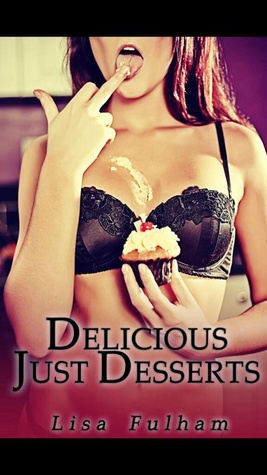 by Lisa Fulham
Turn the pages of this tantalising, tasty collection of erotica. View the world through a lens, walk the moss-covered floor of the forest and learn just how pleasurable business can be.

These eight poems and six stories, redefine friendship, drip with lust and invite you to a wedding with a difference.

Be tested by Sir.

Be bound by freedom.

Allow this anthology to capture and enrapture your imagination 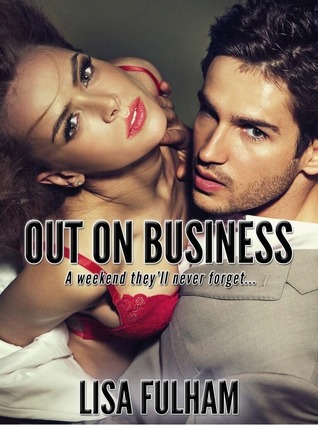 by Lisa Fulham
When Lucy Hunt is informed by her boss she will be accompanying him on a weekend long conference; she wonders how she will be able to keep her thoughts on her work. Vivid dreams of all the things she would like to do to Mr Casey have given her many sleepless nights. A weekend in his company sounds like heavenly torture.
Blake Casey is all business and no play. Could his shy and bashful PA be the one to change all that in just a weekend?
When the company goes Out on Business, fantasies are experienced, stockings are worn and suits are torn apart.
Let Casey advertising company give you a pitch you won’t want to forget.