Returning Home (Return to Me #4) 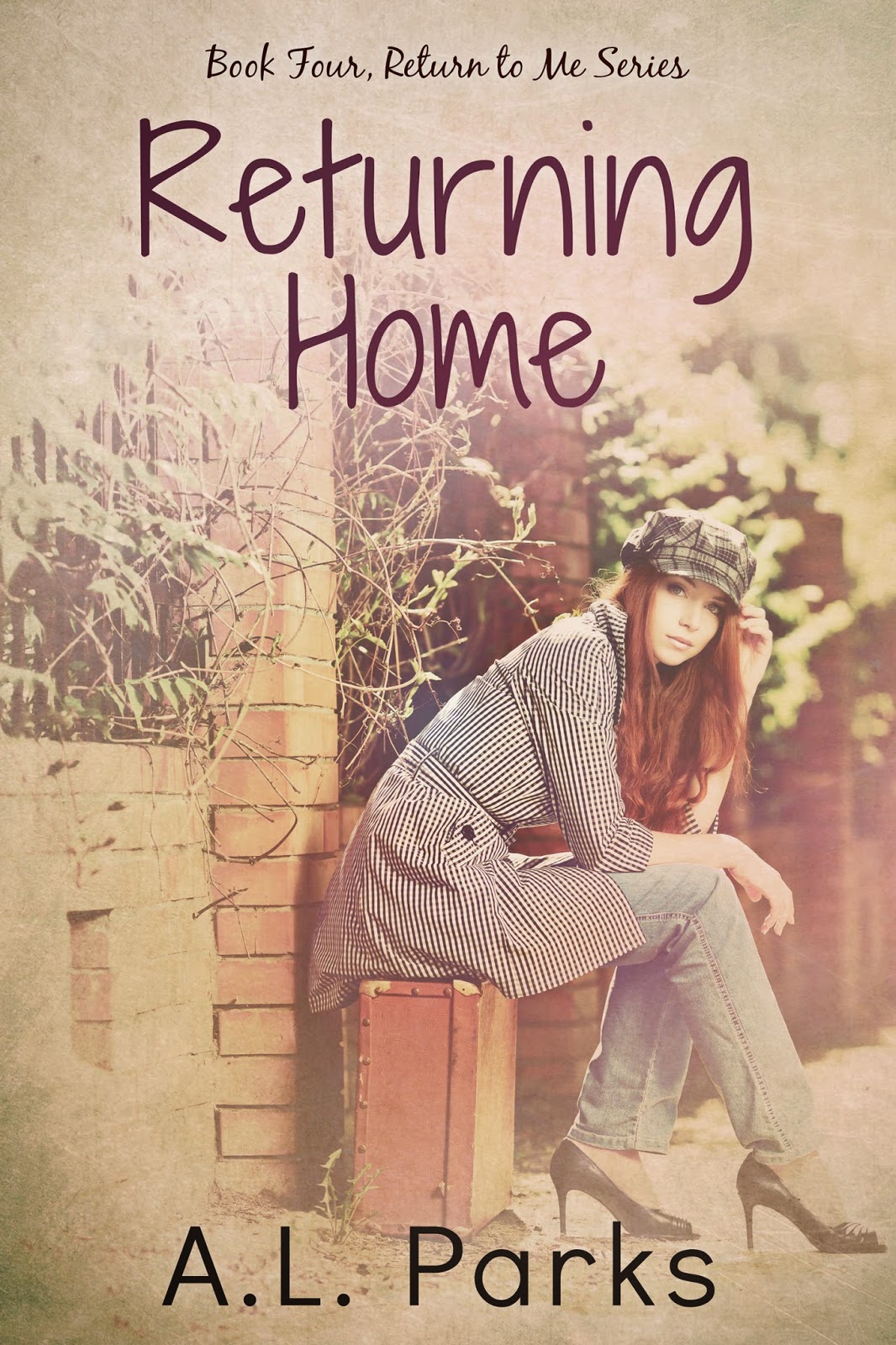 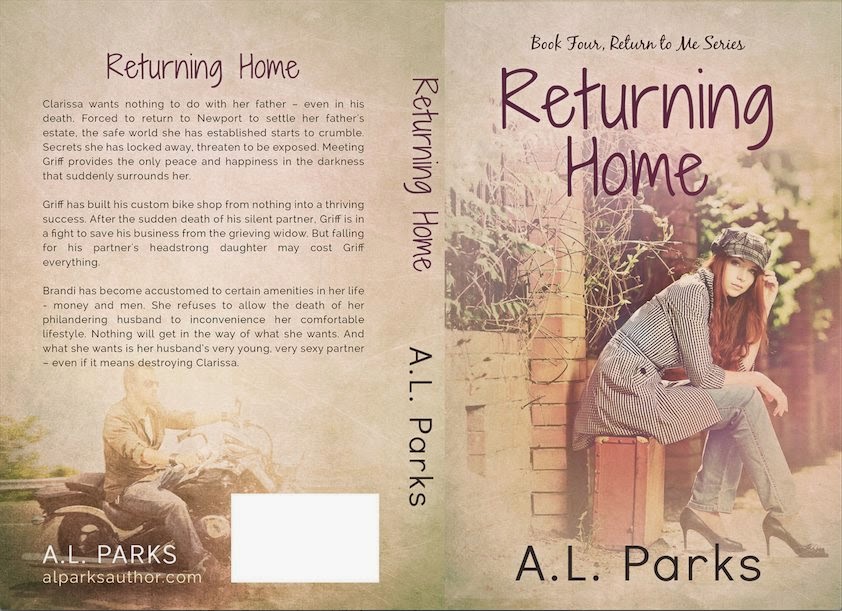 Clarissa wants nothing to do with her father – even in his death. But she can’t escape returning to Newport to settle her father's estate. The safe world she has established starts to crumble and secrets she has locked away threaten to be exposed. Meeting Griff, her father’s partner, provides the only peace and happiness in the darkness that suddenly surrounds her.


Griff has built his custom bike shop from nothing into a thriving success. After the sudden death of his silent partner, Griff finds himself in a fight to save his business from the grieving widow. But falling for his partner's headstrong daughter may cost Griff everything.


Brandi has become accustomed to certain amenities in her life - money and men. She refuses to allow the death of her philandering husband to inconvenience her comfortable lifestyle. Setting her sights set on her husband’s very young, very sexy partner, nothing will get in the way of what she wants - even if it means destroying Clarissa to get it.

He had his back to her completely unaware she was standing there. She was about to announce her presence, when she heard him singing softly along with the music. Her eyes travelled over his tight black t-shirt. The bike shop logo was imprinted on it, and pulled across the taut muscles of his back and the broadness of his shoulders. He had on worn jeans that looked as if they had permanent oils stains on them. They were faded and frayed, and formed perfectly to his body. He had an ass to die for, at least what she could tell from the way the jeans clung to the near perfect roundness of it.


How had she missed how hot this man was when she had seen him at her father’s house a day or two earlier?


He turned and caught sight of her standing in the doorway staring at him.


“How long have you been here?” he asked. There was no amount of cordiality in voice.


“Good morning to you, too,” she snapped back. “I just came in a minute ago.”


“Well, manners would dictate that you announce your arrival when you enter a room, or does your net worth prevent you from having manners?”


Whoa! What the hell?


“One, I was just about to say something when you turned around. Two, my net worth doesn’t prevent me from doing anything. In fact, it allows me to do pretty much whatever I damn well please.” She never flaunted her wealth, it made her uncomfortable. But Asshole had tripped her meter, and she wasn’t going to stand around and let him insult her. At least she remembered why she didn’t find him attractive. His mouth negated any sexy he had.


They stood starring at each other, neither backing down, each assessing the other’s formidability as a foe. There was no way she was going to let this jackass get the better of her. She dealt with men not giving her credibility simply because she was a woman. It was a load of crap and she was getting a little tired of having these pissing matches just to prove she could go toe-to-toe with a man.


He dropped his head, shaking it slightly. When he raised his eyes to hers, they were less hard. “Okay, truce. Let’s try this again. I was making coffee, and haven’t had a cup yet, obviously. Can I offer you one while I get some for myself?”


Dragging in a deep breath, she attempted to relax a bit. “Yes, that would be great, thanks.”


“Take anything in it? Sugar? Cream? We only have the powdered stuff, though.”


She took a step into the room, closing some of the distance between them. “Black, please.”


“Really?” he asked, cocking an eyebrow at her.


“Really. You learn quickly to drink it that way when you’re miles away from civilization with only a thermos and none of the extras. It’s a pain in the ass trying to add cream and sugar into a travel mug while perched in a tree getting a close-up of a nest of newborn birds before their mother comes back and starts pecking arms, hands…face. Black coffee is more conducive to those situations.”


He handed her a mug. His face was blank, but his eyes had softened and brightened a bit. Clarissa wasn’t sure what that meant, but he didn’t seem to be pissed at her anymore, so that was at least something.


“Yeah, I guess I’d switch to drinking it black, too.” He smiled, sending flutters through Clarissa that invaded her stomach. The smile, along with the beautiful eyes, where enough to make her forget her own name. Sweet, but in a sexy way. And Clarissa was sure no man had ever smiled at her that way in her life. He looked away, snapping her back to reality.


Get a grip, girl. You do not fall for men like him that can’t decide if they resent you or just want to fuck you.


“I guess we’ve never been properly introduced. Robert, right? Or do you go by Rob?”


“Neither. Griff,” he said, and left it hanging there like unfinished business.


“Griff?” she asked with a touch of disdain she hadn’t intended.


His eyes went dark and flat. “Yeah, Griff. Not quite as sophisticated as Clarissa, but we can’t all be as high and mighty as you.”


“Were you born with that chip on your shoulder, or is it something you’ve cultivated over time?”


“Just calling it like I see it, sweetheart.” He walked past her and out the door.


“Maybe you should look into getting some glasses, then,” she murmured, following him down the hallway and into the office. He pointed to an empty chair as he made his way behind the desk and sat down.


“Let’s just get this over with so you can be on your way back to merry ol’ England.” 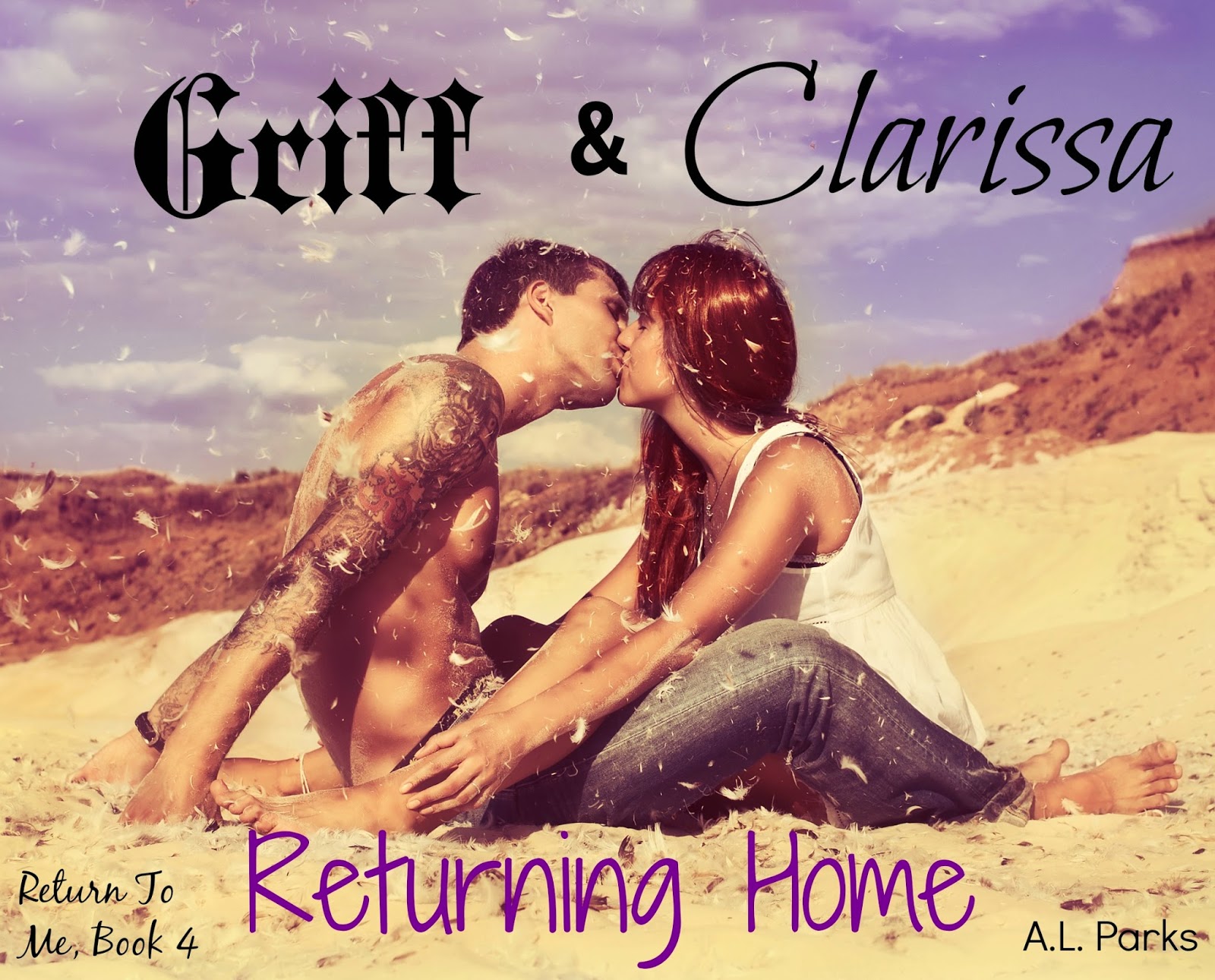 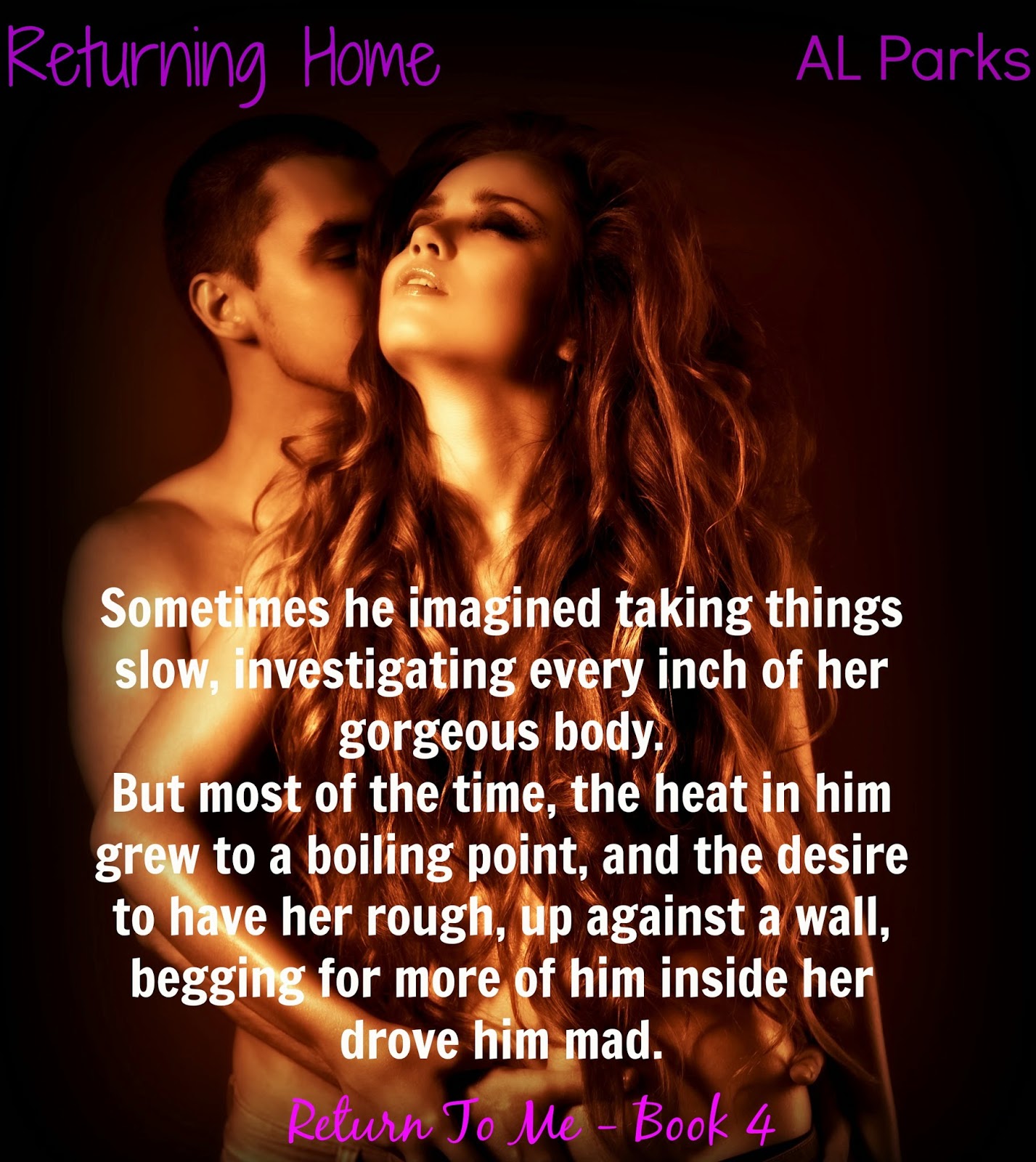 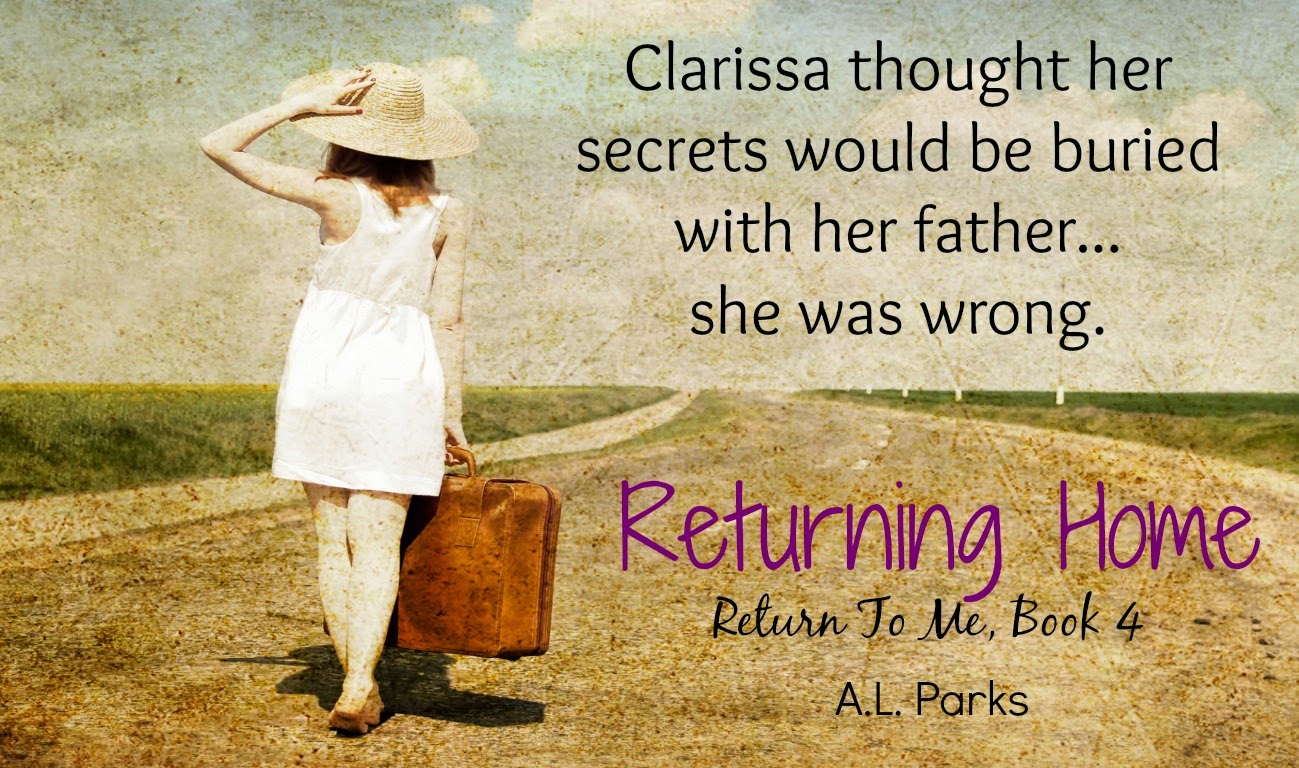 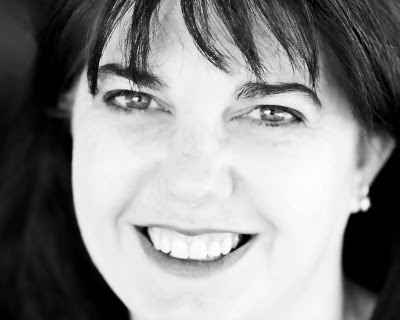 Born and raised in the Rocky Mountains, A.L. Parks has spent the last 25 years moving all over the United States. Married to the Navy - well a man in the Navy - Parks has lived in various places throughout the United States. She currently resides in the Washington D.C area, with her husband, four children, and one spoiled German Shepard.


2013 marked her debut in publishing. Her first novel, Strangers, released on her 45th birthday. She was amazed at how many people fell in love with a story about two people dealing with grief, and finding love again. Abby and Bryce were the perfect couple to introduce Parks as an up-and-coming author.


She released the first of the Return To Me series (an anticipated 4.5 book series) in December 2013. A wonderful Christmas romance, The Return introduced readers into the whirlwind romance of Eve and Jake, and proved that second chance romance can be even better than first love. Book two, Return To Newport, followed the struggles that come while on a journey to happily ever after.


Parks unique style of writing, along with her depth of characters and emotions, is carving out a niche in romance for those who crave love and romance a second time around. While many current novels focus on first love, Parks' novels seek to find happily ever after when first love has failed. They are a testament to second chances at true love that lasts forever.