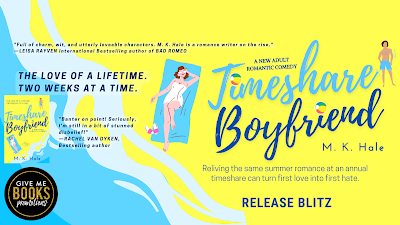 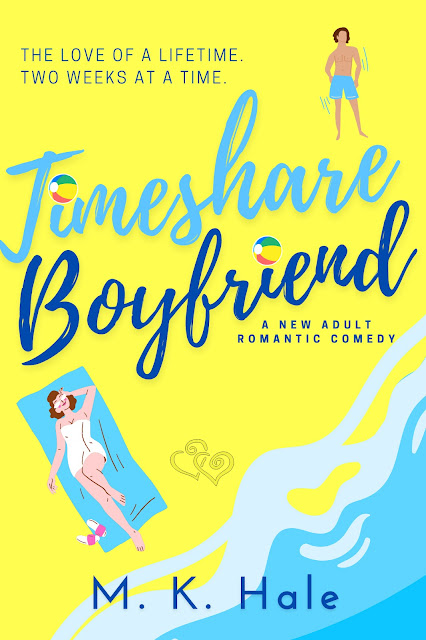 A love of a lifetime. Two weeks at a time.
Reliving the same summer romance at an annual timeshare turns first love into first hate.
Evie Turner and Adam Pierce start off with the perfect summer romance, but when they reunite five years later, he acts like she is wet sand on the bottom of his expensive shoes.
After his words sting like jellyfish, she wants him on his knees, begging for forgiveness. Begging for her. Hurt and embarrassed, Evie dedicates her two weeks at the timeshare each year to making him regret his decision. Throughout their young adult years, she tortures him—in a bikini.
The girl in love with love. The boy who watches mob movies to remind himself that trust means betrayal. A clock of two weeks ticks away until they spend another three hundred and fifty-one days trying to forget each other. Until next year.
As the passion between them rises with the summer temperature, Evie can't help but feel his embraces are like a sunset: beautiful and temporary.
Above all, Evie must not forget one very important lesson: If he is hot, he can burn you. Better get the aloe.
*Though this book begins in young adulthood, it transitions with summer time-jumps until the characters are new adults in college. As a new adult romance novel, the story contains mature situations and sexual scenes.
ADD TO GOODREADS 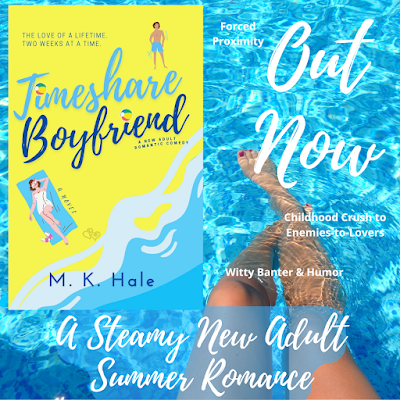 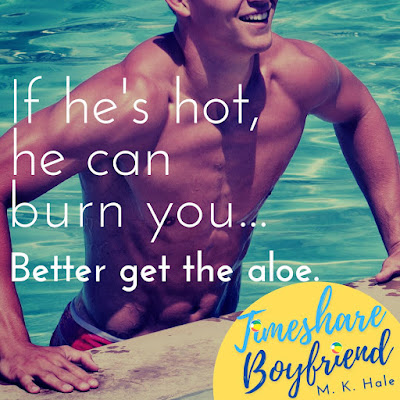 AUTHOR BIO
M. K. Hale writes steamy romance novels starring dirty-talking heroes and the witty women who leave them tongue-tied. She specializes in romantic comedies and has dabbled in comedy for years, including standup, improv, and sketch comedy. She believes laughter is the best medicine, except for, you know, actual medicine. She obtained her English degree from the University of Maryland. “Hating Him” was her first new adult romantic comedy. 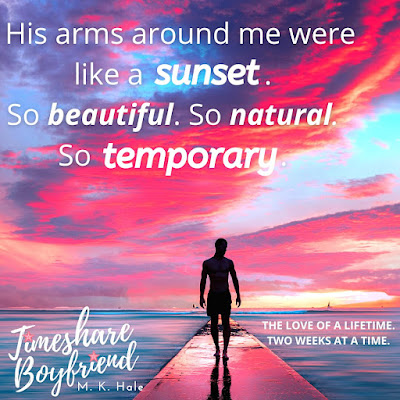