It’s a man’s world.
When I declared sports medicine as my major and every man narrowed their eyes, that saying proved true. It was true when my ex-husband decided I’d give up my career when our daughter was born. And again when I divorced the Chief of Police in our small town, and he made it painfully clear that I could leave him, but I would never be free.
Landing the job as the new athletic trainer for Stratford’s high school team is my chance to start over. And walking into a male-dominated sport and staff, I’m ready for the challenge.
I’m not ready for Jordan Becker.
The head coach of our championship winning team is a Herculean force of nature—as severe as he is determined. His icy blue eyes and permanent scowl drive the women in this town mad, and his quiet power and undeniable command conjure respect from every man.
When I join his team, I expect the doubt and anticipate the fight from him. And I get them both.
I don’t expect to form a friendship.
And I never expect to fall for him.
My breath catches when those cool eyes fall to my lips. My body comes alive when his is near. And as those lines begin to blur, every warning bell sounds.
My job, my reputation are on the line.
And my ex is around every corner, waiting to remind me of his power.
It’s a man’s world, and if I want to survive, I can never fall in love with Jordan Becker.
Even if he falls in love with me first. 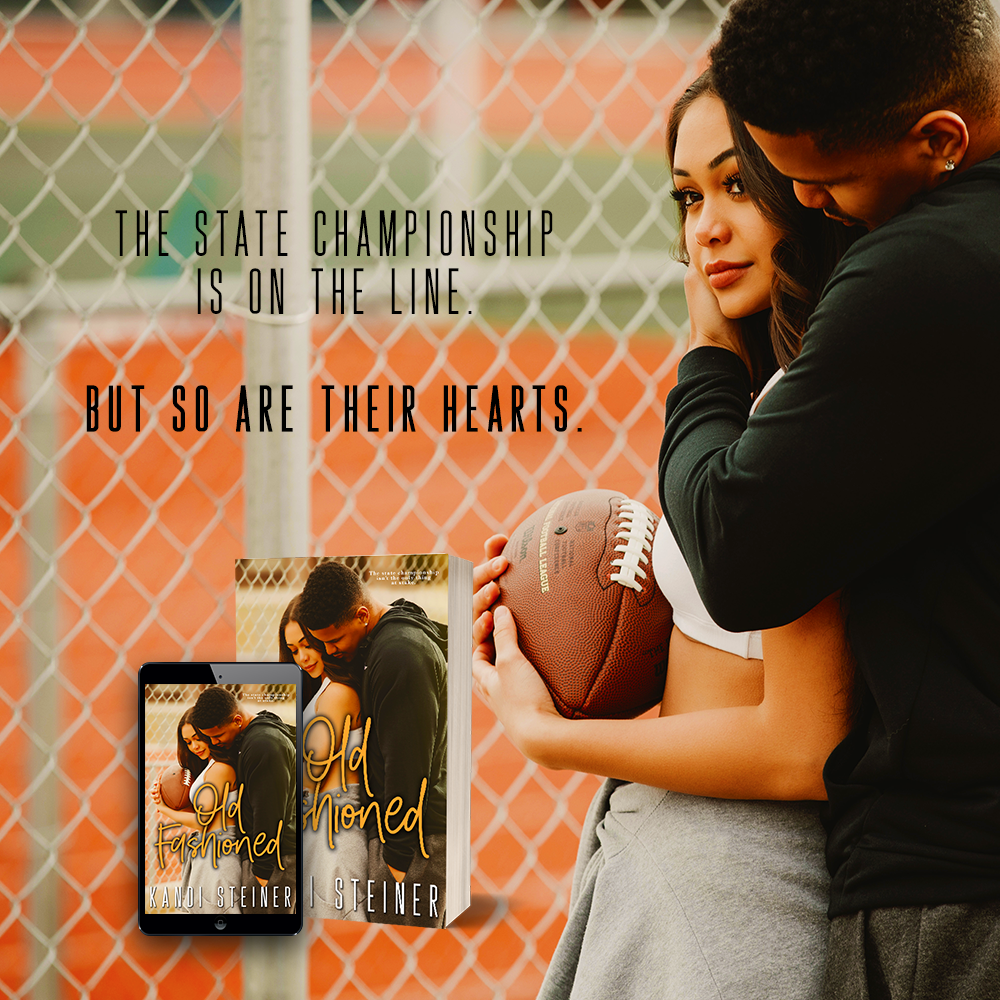 Old Fashioned  is book four in the Becker Brothers series.  Each book covers a different brother so it can be read as a standalone.    Jordan was adopted by the Beckers but they never treated him any different.  The Becker family is big on family and the four brothers have a great relationship.   Jordan is a high school football coach.  He's great at his job.  he's sweet and strong.  Sydney is starting over after leaving her ex.  She starts working as the athletic trainer for Jordan's football team.   Sydney is a strong character.  She has been through a lot.  Jordan and Sydney have a connection but the last thing Sydney wants in a relationship with Jordan.   I'm sad to see the Becker Brothers series come to an end but this one was a good one to end it with.
4 Stars!

About Kandi:
Kandi Steiner is a bestselling author and whiskey connoisseur living in Tampa, FL. Best known for writing “emotional rollercoaster” stories, she loves bringing flawed characters to life and writing about real, raw romance — in all its forms. No two Kandi Steiner books are the same, and if you’re a lover of angsty, emotional, and inspirational reads, she’s your gal.
An alumna of the University of Central Florida, Kandi graduated with a double major in Creative Writing and Advertising/PR with a minor in Women’s Studies. She started writing back in the 4th grade after reading the first Harry Potter installment. In 6th grade, she wrote and edited her own newspaper and distributed to her classmates. Eventually, the principal caught on and the newspaper was quickly halted, though Kandi tried fighting for her “freedom of press.” She took particular interest in writing romance after college, as she has always been a diehard hopeless romantic, and likes to highlight all the challenges of love as well as the triumphs.
When Kandi isn’t writing, you can find her reading books of all kinds, talking with her extremely vocal cat, and spending time with her friends and family. She enjoys live music, traveling, anything heavy in carbs, beach days, movie marathons, craft beer and sweet wine — not necessarily in that order.