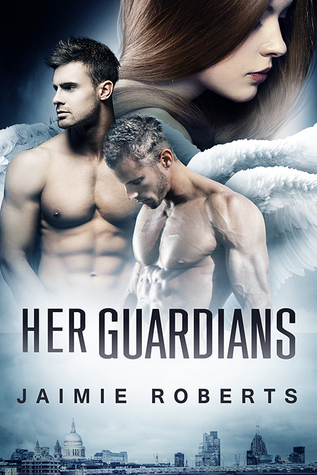 Not the book you’re looking for?


Preview — Her Guardians by Jaimie Roberts

by Jaimie Roberts
Synopsis:
Cassie Johnson has a very unique gift. She can see the past, present, and future of people when she touches their hands. It is a gift she has had to deal with her whole life, and she has seen things she wished she hadn’t.

Because she already knows what her dates are thinking and feeling, what they’ve done in the past, what their near future holds, relationships are difficul Cassie Johnson has a very unique gift. She can see the past, present, and future of people when she touches their hands. It is a gift she has had to deal with her whole life, and she has seen things she wished she hadn’t.

Because she already knows what her dates are thinking and feeling, what they’ve done in the past, what their near future holds, relationships are difficult to come by. It is something that would put anyone off.

She does like someone, though—very much. His name is Michael and he’s a police officer at the station where she works. The problem? He doesn’t bat an eyelid at her. In fact, she would go as far as saying that he hates her.

However, when a new officer, Stephen, joins the force and seems to sweep Cassie off her feet, all that changes. For some reason, she cannot read him, and he quickly becomes a mystery that she needs to solve. Michael, on the other hand, doesn’t like it one bit and, pretty soon, jealousy rears its ugly head, leaving Cassie confused and frustrated.

Later, Cassie learns a nasty secret, resulting in a shocking revelation regarding Michael and Stephen. Cassie soon realises that there are things beyond her world—beyond her imagination. Michael is her protector, her savior, her guardian. But can he keep her safe? Can she control her growing feelings for not only Michael, but Stephen? Can she make a choice? And will her choice result in the happily ever after she so desperately desires?﻿ 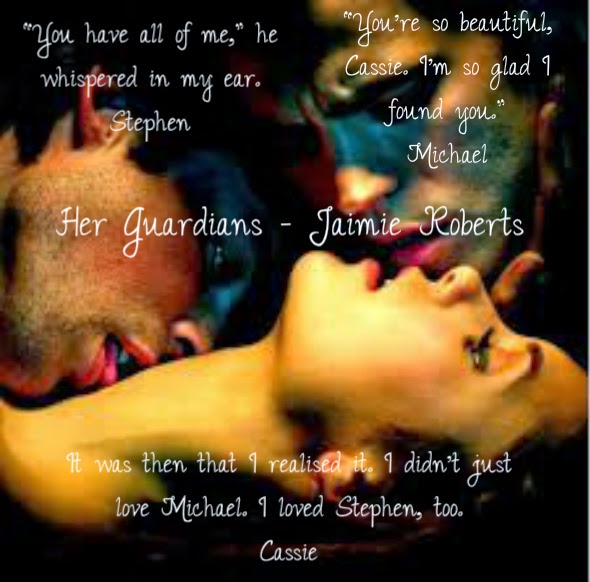 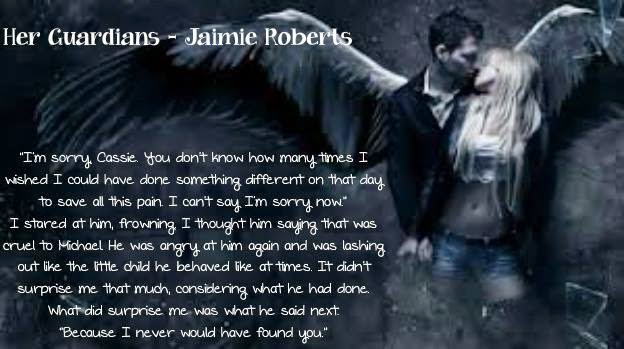 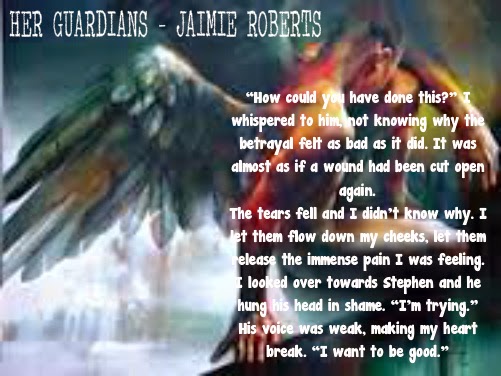 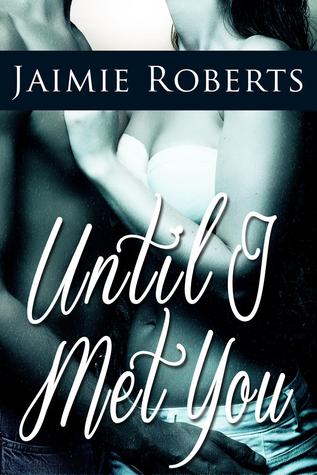 Until I Met You

by Jaimie Roberts
SYNOPSIS:
***Warning: Contains scenes of an adult nature, and a hero so mouth-watering, he will put you off chocolate***

What happens when the worlds of two tortured souls collide?

Angelina Bradshaw has always believed that she does not need a man in her life. That's what she has been telling herself her entire adult life. She feels worlds apart from her family’s dreams for her to meet a man, settle down, and have babies. She certainly can’t be doing that because love just gets in the way. She has a 'go to' guy and that's enough for her.

Living in rural Cornwall, she is bored and in desperate need of adventure, so when a family friend offers her a job in London, there's no hesitation. She expected adventure, she expected a new start, but what she didn't expect was to meet a man who would turn her life upside-down. Seth Jacobs is hot, sexy, and can't understand why Angelina doesn't want him. No one has ever said no to Seth Jacobs—in fact—they all fall at his feet.

Seth pursues her relentlessly and Angelina fights him at every corner. He is the only man who has ever affected her, and the need to run from him is immense. However, Seth is not one to give up so easily. He soon finds himself on a mission, determined to win her heart.

Unfortunately for Angelina, all is not well when her past and present collide after receiving some unwelcoming and frightening news from home. She feels desperate and alone, but most of all, she feels she has to push Seth away before it’s too late.

To make matters worse, a catastrophic secret from the past is revealed, threatening to destroy the one thing, Angelina finally holds dear to her heart. 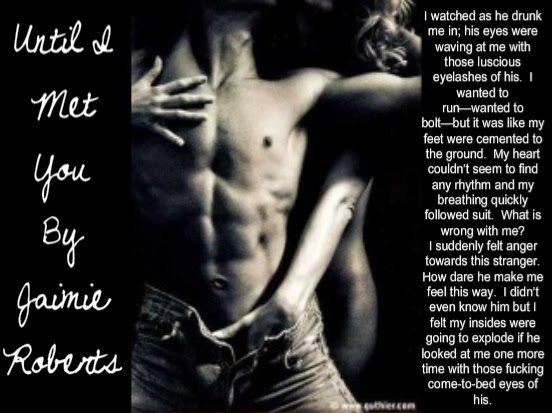 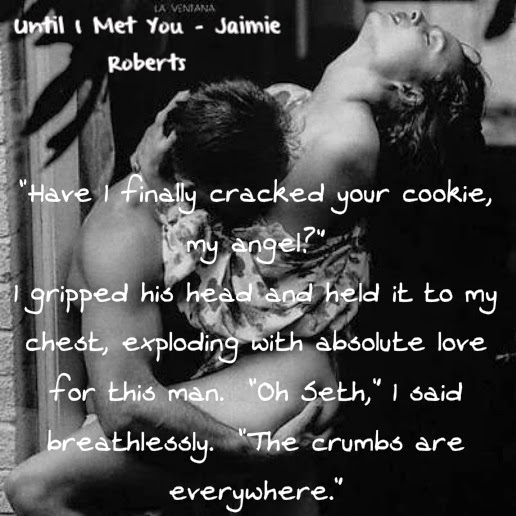 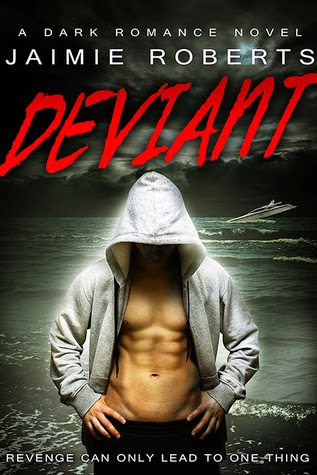 by Jaimie Roberts
SYNOPSIS:
Most fairy tales end with a happily ever after.

This is not a fairy tale. He is not her Prince Charming about to whisk her away into the sunset. This is a story about betrayal, lust, desire and, ultimately, revenge...

And revenge can only lead to one thing.

He was my stranger, my visitor, my shadow in the corner of my room. He stalked me, watched me, knew everything about me. But all I could do was sit and wait. I waited for him to visit me night after night. He was becoming my addiction, my craving, my obsession. He knew every inch of me, but I knew nothing about him.

His calls himself Lotus and, as crazy as it sounds, I think I’m falling in love.

I wanted to take her, possess her, dominate her, and ruin her. I wanted to ravish her, please her, and consume her until I couldn’t take much more of her.

She will want me to kiss her. She will want me to hold her all night so that she feels a connection with me. I would make it so that she would seek me out in the dark. The one that satisfies her ultimate fantasy. A stranger who sneaks into her room. Someone who gives her the ultimate pleasure, but also seeks to give her ultimate pain. Pain she has never had to endure. Pain that will eat away at her until there is nothing left.

She was my nemesis, I was her lotus. And payback was a bitch. 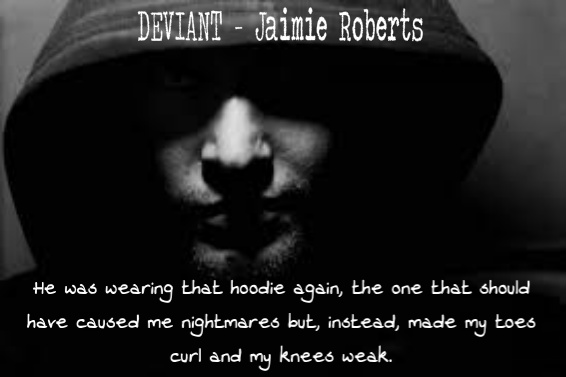 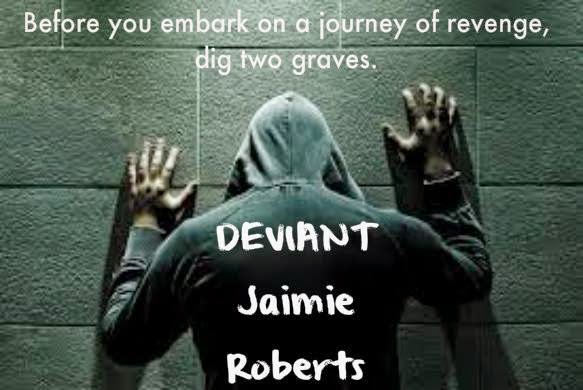 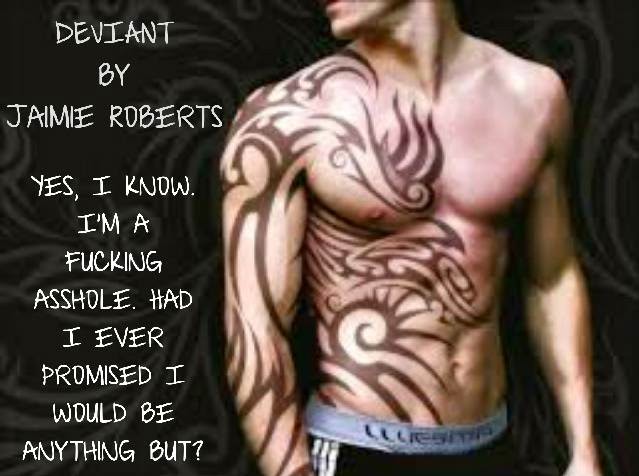 Jaimie Roberts was born in London, but moved to Gibraltar in 2001. She is married with two sons, and in her spare time, she writes.
In June 2013, Jaimie published her first book, Take a Breath, with the second released in November 2013. With the reviews, Jaimie took time out to read and learn how to become a better writer. She gets tremendous enjoyment out of writing, and even more so from the feedback she receives.

If you would like to send Jaimie a message, please do so by visiting her Facebook page: https://www.facebook.com/AuthorJaimieRoberts.

1) Can you tell us a little about your books?
In June 2013, I released my very first book Take a Breath. The second book was released in November 2013. As from September this year, I decided to take them both down for rewriting and editing. I am hoping to have them back up and running within the first half of next year. It is quite a taboo book, as it involves an intense love story regarding a woman (Ana) and her stepfather (Jake). She lives with him, works with him, and is deeply in love with him. What she doesn't realise is that he feels exactly the same way. There is a killer on the loose who is killing girls who look a lot like Ana. This, along with other things pushes them both together.

Until I Met You was the next book out. This was released on 1st June 2014. This one is a little way out there. It involves a lady called Angelina who is a very strong-minded, independant woman. Her career is very important to her and relationships not so. She keeps men at bay and uses them just for sex. She never lets anyone in and I think at times some readers may get a little frustrated with her on that front. But there is always a reason for everything, and there is a reason why Angelina is like the way she is. I can't give anything away, as you don't find out until much later in the book, but she does meet a man called Seth, who changes her opinion. They clash, big time, and there is a lot of banter between the two. Along the way they fall in love and Angelina learns that loving someone is not as bad as it seems. Later though, a secret is revealed which could destroy their relationship for good.

The next book that came out was Her Guardians. This was released in 31st August 2014. It is part one to a trilogy. The second one is being edited now and I hope to release at the end of November. It is more of a love story then an erotic one. It's regarding two angels and a girl with a gift of sight. They protect her from a group of bad angels called The Renegades. It is quite a big story with a lot of surprises in store.
My latest book is DEVIANT, which was released on Halloween. This was a very dark book for me. I don't normally do dark, but I thought I would try and see if it would work. It's about a stalker who sneaks into the heroine's room and does some rather wicked and naughty things to her. Unbeknownst to her, he is her long lost love Dean, who is out for revenge over something he thinks she did in the past.

3) When will the Take series be re released?
I am hoping to release them both within the first half of next year. It depends on how quickly I can write my next two projects.

4) Do you have any “odd” writing habits?
Not really. I tend to get a scene in my head and I sometimes write that down first before I carry on with the story. I will then include that scene when the time comes.

5) So far which book has been your favorite to write?
I quite enjoyed writing the scenes with Angelina and Seth in Until I Met You. They had quite a lot of banter. It was fun and enjoyable.
I would say Deviant, but I actually became ill whilst writing it. I didn't think it was the book at first, but then I got better the moment I finished writing it. Very strange.

6) Do you listen to music while you write?
Nope. I actually prefer peace and quiet when I write. The less distraction the more focused I am.


7) Do you work with an outline, or just write?
I tend to think of scenes in my head and then build on them. I would sometimes write things down and cross them off as I go along. Normally though, I just tend to go with the flow and hope for the best.

8) What's one random fact about yourself that you can share?
My husband and I met through work over the telephone. I used to work for the Metropolitan Police in London. My husband was a police officer at the time. He was cheeky with me over the phone, so I was cheeky back. He then went on to say he was going to slap my legs! The rest is history! Lol. We later moved to Gibraltar when I was eight months pregnant. We hopped on a plane with two suitcases and a pushchair to our name. It was like a modern day Mary and Joseph! We took a major risk, but thankfully it worked out for the best.

9) What’s your favorite season?
Summer. I love the long days and the warm sun against my skin.