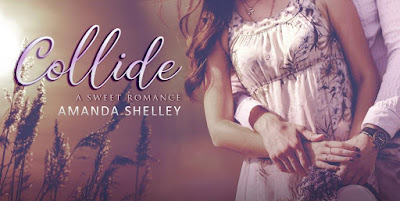 Blurb:
Falling head over heels was the last thing I expected.Literally.Coffee is everywhere – and more than my ego is bruised.When the handsome stranger I plowed into calls me by name, mortification sinks in.He rushes off to class. I run home to change, hoping to forget the whole incident.If only I could be so lucky.I quickly find it’s a small world and Gavin Wallace is completely unavoidable. Everywhere I turn he’s there. In my classes. Hanging with my friends.I’ve got his full attention and I have to admit, I like it a lot more than I should. 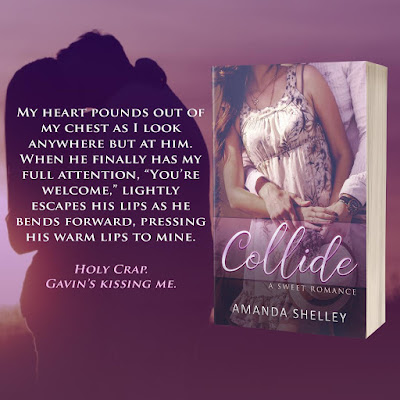 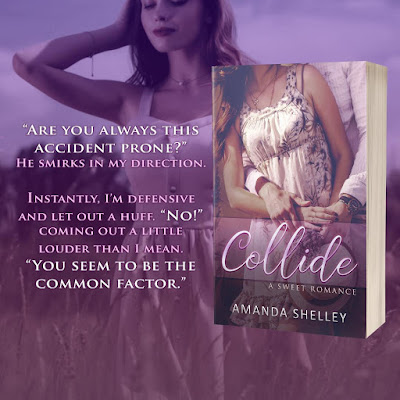 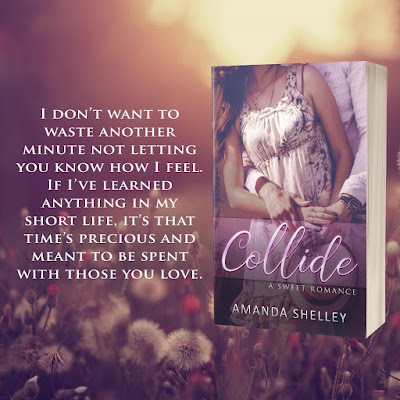 About Amanda Shelley:
Amanda Shelley loves falling into a book to experience new worlds. As an avid reader and writer, sharing worlds of her own creation is a passion that inspired her to become an author. She writes contemporary romance with characters who are strong and sexy with a touch of sass.
When not writing, Amanda enjoys time with her family, playing chauffeur, chef and being an enthusiastic fan for her children. Keeping up with them keeps her alert and grounded in reality. She enjoys long car rides, chai lattes and popping her SUV into four-wheel drive for adventures anywhere.
Amanda loves hearing from readers. Be sure to sign up for her newsletter and  follow her on social media. Join her reader’s group Amanda’s Army of Readers to stay up to date on her latest information.
Social Media Links:
Website: www.amandashelley.com
Reader’s Group: https://www.facebook.com/groups/AmandasArmyofReaders/
Facebook: https://www.facebook.com/authoramandashelley/
Instagram: https://www.instagram.com/authoramandashelley/
Twitter: https://twitter.com/AmandShelley
Goodreads: https://www.goodreads.com/author/show/19713563.Amanda_Shelley
BookBub: https://www.bookbub.com/profile/amanda-shelley
Where to purchase books: https://amandashelley.com/books-by-amanda-shelley-2/