Release Day Blitz for Ménage for the Night (For The Night #4) by C. J Fallowfield

Ménage for the Night 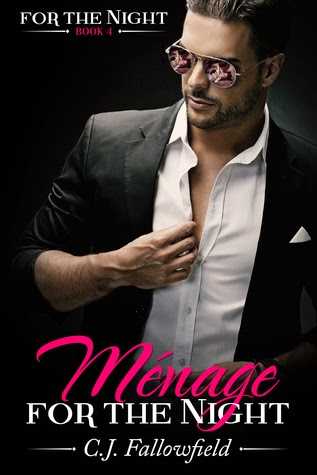 My name is Logan Steele. I’m devilishly handsome, seriously ripped, well hung, charismatic and highly sexed. Women just can’t resist me. So when I lost my job in the construction industry and was struggling for cash, I decided to put my assets to good use.

Tell me your fantasy, I’ll fulfil it ~ So, who do you want me to be?

Ménage for the Night
Nine months had passed since the filthy night with Yasmin Taylor. Thankfully my clients in between had requested more conservative fantasies, dressing up as a cowboy, sex in an opera box, on top of a brand new Lamborghini in a city car park in daylight. Those sort of jobs I could carry out without reservation. Those jobs I was born to perform for. My next client is Ava Renshaw. Another regular, she’s the bored housewife of a successful international banker, who spends much of his time abroad, leaving her home alone and frustrated. While she loved the sessions we had, she kept telling me that she was craving more and that her fantasy was to be filled by two guys at the same time, but she was too self-conscious to go to a sex club like 710. I contacted one of my friends in the business, Trey Douglas, my go to guy for clients with an MMF fantasy. We’re about to show Ava why two sets of hands, as well as other appendages, are better than one.

The novellas are told in alternating points of view of Logan Steele, and his client, or clients. You can pick up any of them for a complete short burst of heat, however in order to fully enjoy Logan’s development they should be read in the sequence that they are released. Starting from October 2014, I will release one per month. 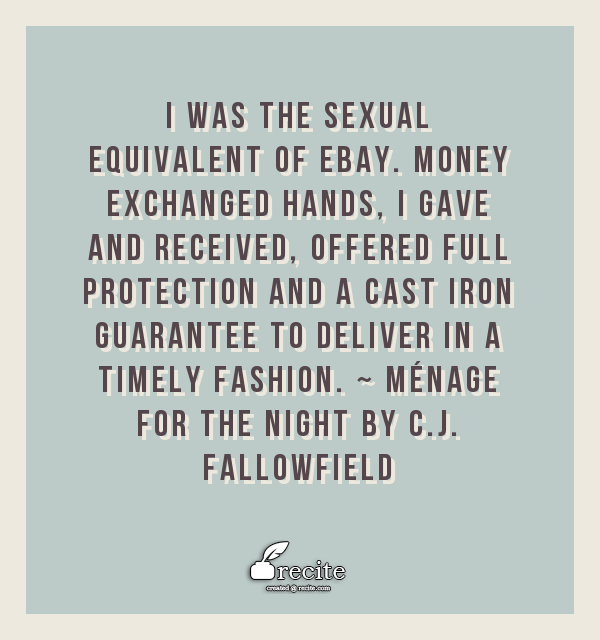 Other Books In the series

For the Night Series

The Austin Series Box Set
Available in Amazon Only 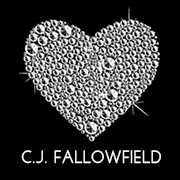