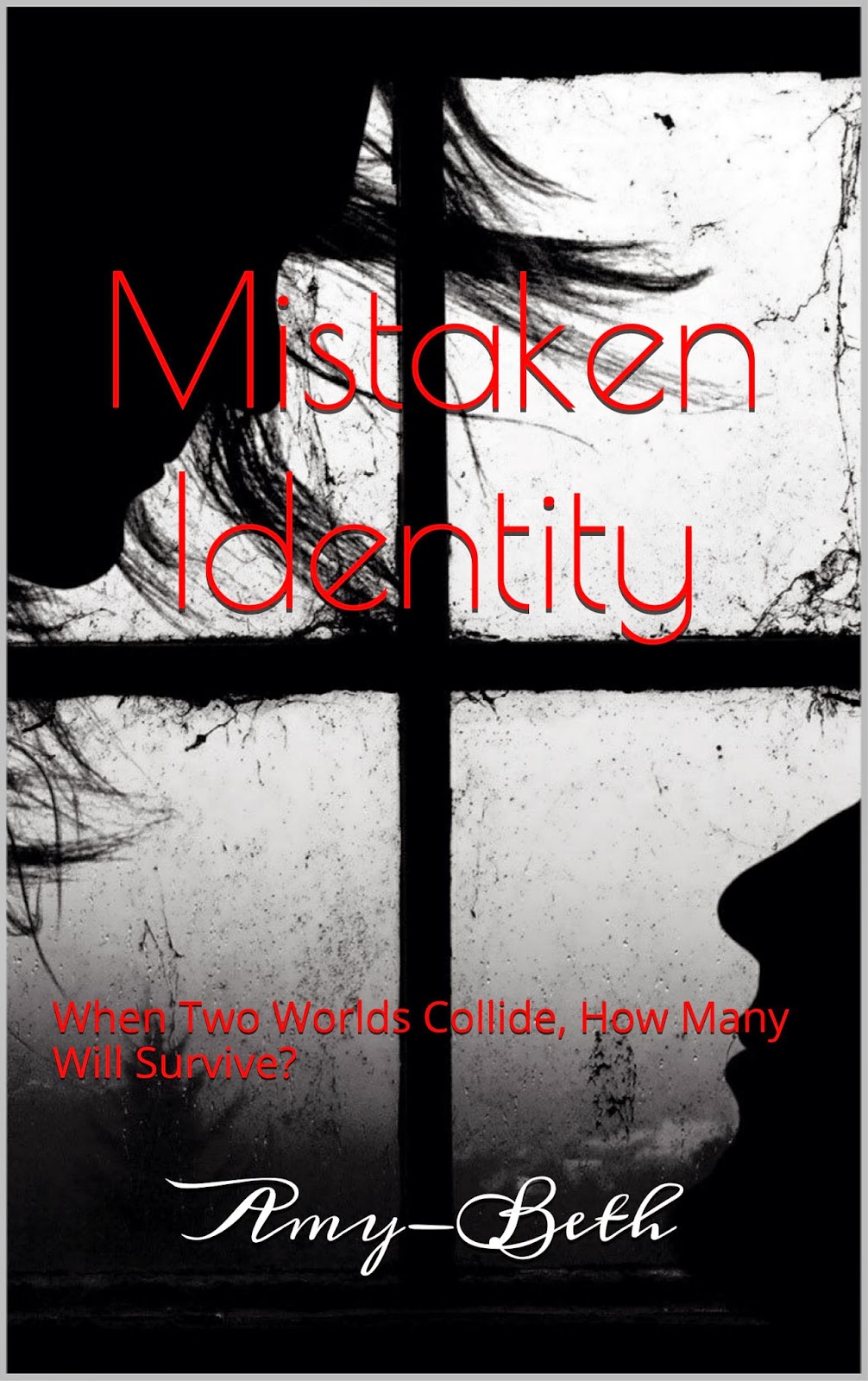 When two worlds collide how many will survive?

I've been captured for six years and yet no one has bothered to help me, the one person I thought might of helped disappeared all of a sudden. Each day for the last six years I’ve had to deal with him touching me, telling me what he wants to do and I can't stand it.

I have to find out who she is and why she is free and I am here locked away and used as a puppet, I need to know everyone I love is ok. Although my gut instinct is telling me I may already be too late.

My name is Morgan and this is my story.

CHAPTER 1 MORGAN
(PRESENT DAY)
Silence that’s all I hear, it’s dark and smells of stale piss, I’m sick of waking up in this place. I’ve been here for six years, six fucking years and no one has found me. Six fucking years of hating everyone for leaving me here, hating everyone who ignores my pleas for help. Six fucking years of nothing but his stale cigarette breath whispering into my ear telling me what he plans to do next, why no one will save me and how I am his and his alone. ! I curl up on the mattress that’s on the floor of my dark room, listening to every sound around me, I haven’t settled, I haven’t even let myself believe this is my end. I know someone is there waiting for me, coming to save me, I just don't know who and I don’t know when.

I’ve gone from the once shy and awkward young girl to a young women who fights back when times have gotten tough in here. There have been times when Harry really thought he could break me, but I’ve got stronger there was no other choice. It was tearing me apart all the emotional baggage I was dealing with, Harry is one nasty son of a bitch. ! Bailey has been here every step of the way and as much as I think he is a prick at times, there is just something about him that makes being here so much easier to deal with. Yeah it wasn't all plain sailing at first I’ve not gone completely mad, there were times I was ready to kick his arse. He wasn't happy he had to be my “baby-sitter” I swear I have never heard anyone moan as much as he did that first time. He glared at me all night sulking and mumbling to himself, as Harry’s son he didn't understand why he was being punished. Smiling to myself as I think of Bailey, that boy… No wait Man he’s all man. He would make the knickers of a Saint fall down and turn the most butch lesbian into a drooling school girl. ! There was one person I thought would get me out of here, but he left me three years ago. He promised I would have been out of here well before now. Promises are made to be broken I guess, sighing as I lay on my back and stare up at the ceiling. Both boys are on my mind tonight, I miss them dearly considering all the shit I’ve had to deal with in here.

They both have been there for me in some sort of way, one more than the other.

Review by Gia
Wow, this is one book that left me speechless after reading. I absolutely loved reading Mistaken Identity. It's Amy-Beth's debut novel and she didn't an amazing job writing it. It hooked me from the beginning and keep me hooked to the end. We get several different POVs in the story. We get Morgan, Summer, Wyatt, Harry, and Bailey.

Harry is the crazy Uncle that has kidnapped Morgan who they all think is Summer. A few of the scenes with Harry hard to read. He seems to have no boundaries and does whatever he whats to do. Wyatt is Harry's nephew. He's not bad like Harry, he likes Summer and feels bad that Harry has kidnapped her. Bailey is Harry's son and Wyatt's cousin. He seems like he might be a descent person.

We don't get a lot of background on Summer. We know she is in hiding. The big question is why do Summer and Morgan look so much a like that no one can tell them apart? The ending left me wanting more and having a ton of unanswered questions. I can't wait to read the next book.
5 Amazeballs Stars!!! 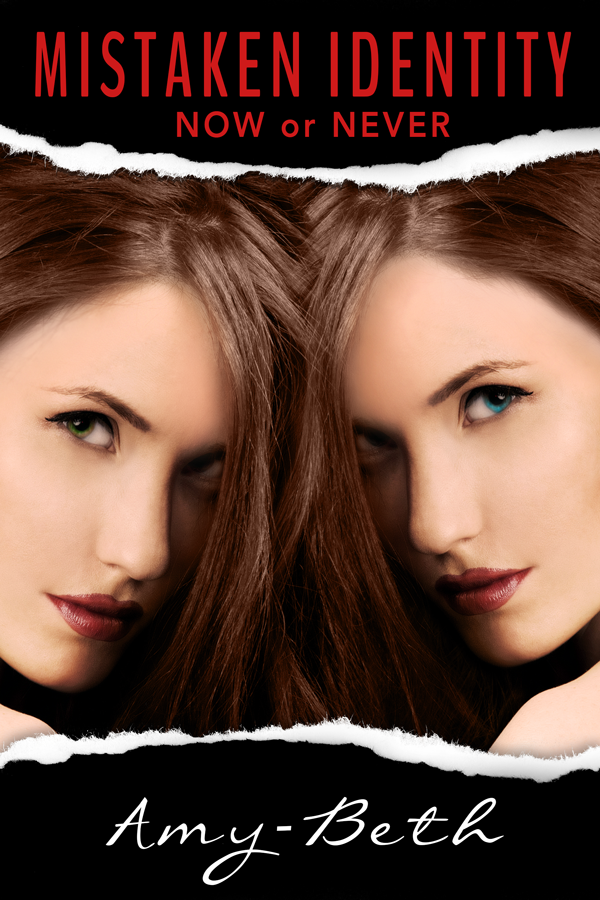 My name is Morgan and I have been tortured, abused and tormented for over six years, I have prayed for help, I have screamed for the whys. I have fought with every fibre in my soul, but still he has won at every game he has played.

Harry King is not a force to be reckoned with, I have shown him all my cards and yet he still holds me in my cell of a room.

I am getting closer to finding out who Summer is and why I have had to suffer. All the players are getting into position, their final cards are about to be drawn, how many will see the light of darkness again? It’s time to find out once and for all.

CHAPTER 3
HARRY
After that fucking email was sent to me I have been going crazy, I need to know what is going on before I make a complete twat out of myself. Andrew better hurry his fucking arse into this office before I go bat shit crazy around here, I’m just in the mood to pop a few people off. There’s a knock at the door, “Enter” I boom not really giving a shit about who it is or who might hear me. Every fucker around here better be on high alert with the bastard mood I’m in.
“Harry you called for me” a sniffling wreck that’s what he’s become…. He used to be one of the best men I had until he decided it was time he started drinking more and using more of my shit. “Yes, Andrew, have you found who we we’re looking for?”   “Yes, Boss, she's on her way here now…What would you like me to do when she arrives?” “Just bring her to my office and try to not let anyone else see her ok.” He nods and leaves the office, I am not waiting long before another knock hits my door.
“Er Harry, its Bailey I er… heard some shouting this morning and was wondering if everything is ok?”  “Yes, Bailey in fact come in I need to talk to you.” Well, this is going to be fun I already know he likes Summer but wouldn't do anything because Wyatt was in the way. Well, now it’s time to show him some truths.  “Ahh Bailey, I’m really glad you dropped by… How is Summer doing?”  “She’s feisty all right, I've never heard so much cussing come from a woman’s mouth before. Wanted to wash that mouth out with soap.” Chuckling I can believe what he is saying, that girl does have some sass for sure.  “Yeah I understand where you’re coming from, anyway the reason I have you in here is because when I give my order I would like you to bring her to me. Kicking and screaming if you have to. Do I make myself clear?”  “Aye Bossman whatever your heart desires.” I swear if he wasn't good at his job I’d put that smart mouth of his somewhere where it doesn't shine. It’s way too early for this shit.  “Good, I shall call for you when I am ready. I suppose she will be wanting a shower and some food?”
“Couldn’t hurt either way I s’pose.” Nodding my head I contemplate where to go from here. It’s all going to kick off when the girls meet for the first time and I WILL be demanding answers. “You are free to leave” just like that he turns and leaves me to ponder my thoughts. How things got so messed up is beyond me, however I am coming all guns blazing and my rage roaring. No-one takes me for granted, no-one tries to pull the wool over my eyes. I am Harry Fucking King and my law is law. !

Now or Never picks up where Mistaken Identity left off.    After reading  Mistaken Identity, I was left with a whole bunch of unanswered questions.  I was beginning to question whether Summer really existed.    Summer does exist, she's Morgan's twin that no one knew about.  You'll going to have to read the story to find out how that happened.  In the first book, Bailey seemed to be a descent guy but I still wasn't completely sure about him.  In this one there is no doubt that Bailey is a great guy.
There are a ton of twists and unexpected turns in this one.  Most of my questions where answered.  I would have liked to learned a little bit more about Summer, Bailey, and Wyatt before this all happened.  I can't wiat to read more about Wyatt in the next one.
4 Amazeballs Stars!!!!

Let’s just say anyone that actually knows me, will know I am not short on pics of man candy ha-ha.

I am a complete Facebook addict, no matter what is going on in my life or where I am and who I am with. I will be on Facebook.

I love reading, I love the fact you can get lost in a world and feel everything going on. Granted you really wouldn't want my debut book being your fantasy world lol.

As well as my addiction for Facebook I have an obsession for Reece's Peanut butter, root beer and Cheetos. (Yes I know I live in the wrong country).