Bio..
Nicky Jayne was born and raised in England but now resides in Las Vegas with her Husband and two boys. When she is not writing, she has her nose firmly placed in a book. She has a love for all things fluffy. Owning more animals than her husband can handle. She enjoys horse riding hoping one to day to own her own horse ranch. She released her first series in September 2013. The Embrace Series, Embracing Life and Embracing Love. She began "The Deceptions Series" with Footprints, which she completed during NaNowrimo 2013.
FB    https://www.facebook.com/pages/Nicky-Jayne-Author/409522015823277?ref=hl
Twitter    @JayneNicky
Website....  www.AuthorNickyJayne.com
Books: 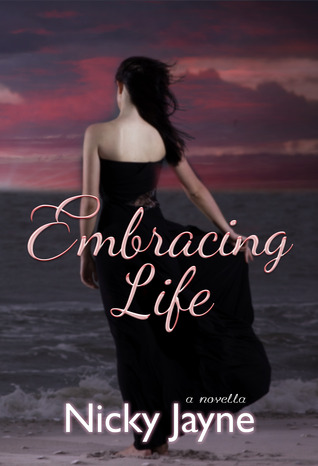 Embracing Life..........
Moving to San Diego was supposed to be a fresh start for Melanie. 3 years of sun and sand and she would be heading to college.
No matter how far she went her nights were still tormented by his face. But her days were filled with another type of torment Josh!
The eager young lacrosse player who wanted nothing more than to claim her heart as his.
Their friendship bloomed but as quickly as it started a traumatic event ended it.
Friends have kept them apart.
Thinking it would be the best for both of them.
Sadly there are just some things in life that you can not run away from. They always find you in the end.
Will they find each other? Will Josh be able to save Melanie from her past as well as herself? 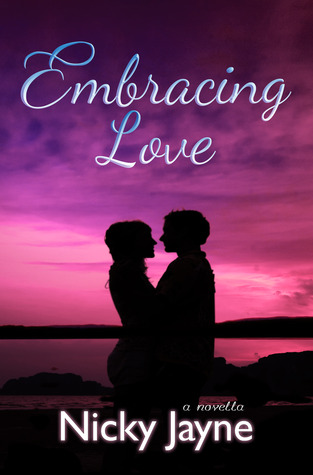 Embracing Love...............
The storm clouds break above them, lightning illuminates the sky.
A kiss. Who knew one kiss could hold so much weight, could change a life so much.
Josh’s words play over and over in her mind, the sensation of his lips upon her.
New feelings, new sensations rock her. Warm feelings engulf her. As she dances in a sea of new beginnings.
He hides in the shadows as his prize is taken from him. His burning eyes follow her. Things haven’t gone according to plan, but he will bide his time. An unknown figure will help him achieve his goal. This time he will not fail, this time she will be his.
Josh’s body shields her from the unknown. Holding onto her for dear life as she slips away into her nightmares. Nightmares that have become reality.
Familiar faces, show themselves as strangers.
She wants him, he wants her but can they move on and make a life. Can he be honest with her? Can she bear her soul to him? 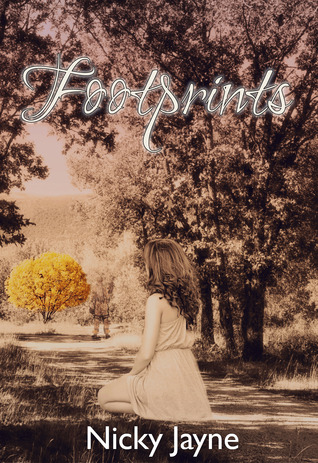 Footprints............
Standing by she watches her father leave board the huge grey beast. Taking him to who knows where. As a young girl, her mother raised her whilst her father was away at war. A single mother of sorts.

She saw familiar faces come and go, Flags wave in the breeze, Engines growl as they shut down. Each time the faces grew less and less.

Tragedy struck, leaving Riley and her mother to fend for themselves. Life was not easy. His memory covered the walls. The flag still hangs proud from the stark white walls.

She vowed she would never fall in love with a military man, she purposely steered clear of their nightly haunts. Until one day,

He came crashing into her life literally. Was it love at first sight, can she overcome the fear that comes with living the military life? 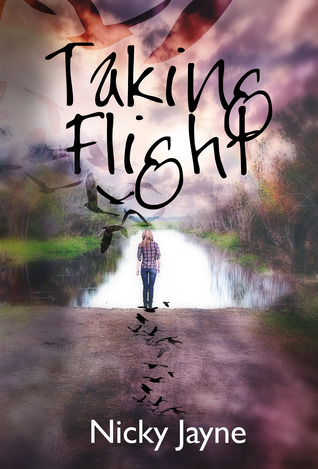 Taking Flight........
Wedding bells ring in the distance as the cold wind, whips through the small town of Dexter Georgia.

Angel smiles longingly at her parents as they stand hand in hand exchanges vows.

A rough childhood and a bank account full of money has made him the man he is today. Cars are his hobby but women are his passion.

The sound of engines and smell of timber fill the waking hours, but at night the darkness fills more than night sky.

Can he control himself enough to hold on to the one person who fate brings to his life.


Willow, had everything she ever needed in life, until the day her mother passed.

With a controlling money driven grandmother, she falls into line. The life that is expected of her.

Allied Linc, is one of the largest finance companies on the Florida coast. It was there she met her soon to be husband Duncan.

Struggling with her overpowering family has made life tough for Willow, her every move is reported to the matriarch of the family, thoughts of running away from it

all were a daily occurrence until she met Duncan.

As time passes the days get easier to bear, with Duncan by her side.

Planning their wedding, Willow is distracted from all the lies and deceit that play out in front of her.

Running from all she holds dear, everything she called home. She is now faced with one of the biggest challenges of her life.

Falling to the mercy of Sharon and her husband her troubles are far from over.

The sound of his voice, does more to her than she ever thought possible. Her emotions rage when he is around.

Hidden away in his cabin, Parker fights with the attraction. She has fought his every attempt, his money only pushes her farther away.

Time passes, as quickly as the night. Avoidance is key, but when tragedy strikes. They are thrown together, holding on to the memories of happier times.
http://www.amazon.com/Taking-Flight-The-Deception-Series-ebook/dp/B00IZ5QU1U/ref=pd_sim_kstore_1?ie=UTF8&refRID=0FNB1TW9HYZ8E2XFBE5T
Posted by Gia Guido at 9:00 AM