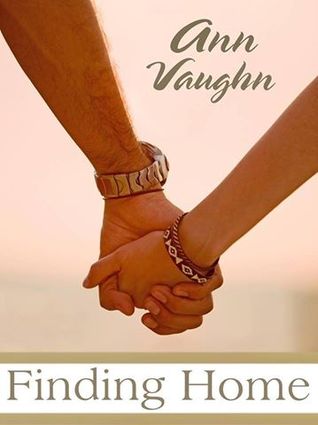 Colt Harris wasn't on the hunt for love when he looked up from his lunch when he spotted Sarah. As cliched as it was, time stood still - all he could see was her. Hearing her laugh sealed his fate; he knew his life was about to change.

Sarah Sauter was used to being alone. She lost her parents when he was eighteen and after a really bad love affair, had given up in ever finding love. Since then, her life had been all about simply surviving. Little did she know that when she went to lunch with her co-workers, she would have a chance encounter with a man who would literally turn her world upside down.

When Colt steps into Sarah's life, he finds that things with her aren't exactly as they appear to be. Secrets hidden deep in her last begin to surface, dropping Colt and Sarah in the middle if a nearly twenty-seven year old mystery. It will take all of Colt's strength, patience and resolve Finding Home for Sarah.

I really didn't think going into this book there was any way it could be as good or better than Long Way Home. Boy, was I mistaken. While there is no way I could pick over the other as my favorite, I truly am in love with Finding Home. There is just something about the take charge alpha side of Colt that is so mesmerizing. And then we have the sweetest girl in the whole world and loving about Sarah. The whole story is captivating. Colt has a strength in him and need to protect Sarah that is uncanny. He isn't willing to give up and no matter how hard Sarah tries to run, he just won't give up. Sarah and Colt together are an unstoppable force and have a love that everyone wants to have. Sarah and Colt both are wonderful characters and everything that happens they draw on each other for strength and ultimately love. Sometimes love really does conquer all. At least it definitely is the case for this book! I strongly recommend this book and every other one of Ann Vaughn's books. She is beyond amazing!
I give this book a million 5 AMAZEBALLS stars.

Ann Vaughn is a Native Texan now living in Oklahoma. She's been writing since the seventh grade (many MANY moons ago) when she and her friends were obsessed with the Sweet Valley High series. Back then, access to books wasn't as easy as it is now, so to tide her over between SVH releases, she began writing her own, Texas versions of SVH, full of lots of Texas Friday Night Lights and pitfalls and perils of teenage life in the 80s. Writing has always been a comfort and a release for her, though she never expected to be published. It wasn't until a conversation with her husband about the rise of eBooks that she decided to try her hand at self-publishing. It was scary and exciting and ever since the release of her first book, Long Way Home on August 7, 2013 she has been on a wild roller coaster ride that she wouldn't trade for the world.

Posted by Tabitha Stokes at 9:00 AM