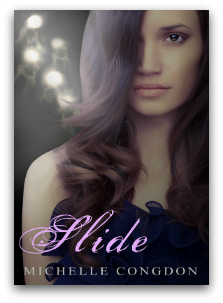 After surviving a horrific car accident that claimed the lives of her mother and brother, Evangeline made a promise to herself to never go back to the city filled with the memories of her tragic past. But when her estranged father suddenly falls ill, she has no choice but to return to New York and to the life she spent twelve years trying to avoid.

Since the accident, heiress to the multi-billion dollar Montgomery Empire, Evangeline has always feared the media attention that comes with having the Montgomery name and would immediately give it all up if it meant the chance to bring back her loved ones. Delicate and camera shy, the last person she should have on her mind is a type of guy like Ryan Fox.

Witty, extremely arrogant but undeniably good-looking are only a few words Evangeline can use to describe the New York Yankee’s hot-shot. The notorious bad boy― well-versed at playing the game both on and off the field― isn't fazed about the media circus following his every move and couldn't be anymore different to the quiet, shy girl that she is. So, what does a guy like him see in somebody as messed-up as her? And although everything about Ryan screams trouble with a capital T, why can't Evangeline seem to stay away? It's not until they're away from the cameras that Evangeline begins to see the real man hiding behind the cocky facade- one that's hurt and haunted by a dark and terrible secret.

What will happen once Evangeline finds the courage to reveal what really happened on the evening her mother and brother died? And how will she react when she finally learns the truth about Ryan's chilling past? Will baring their deepest secrets bring them closer together or will it tear them apart and have them sliding into darkness all over again? 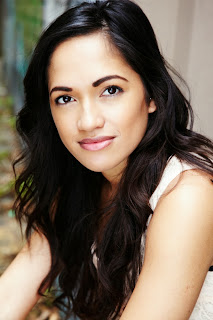 Michelle Congdon resides in Sydney, Australia. She has a Dalmatian named Jett, who to this day continues to hold an 8 year grudge against her after she had to leave him with her parents when she moved to the big city- this only proves animals are much like their owners. Michelle enjoys reading books of all sorts of genre's, watching way too many movies and TV shows (and Disney cartoons), singing out aloud to her favorite hits and going on adventures involving food and travel. Michelle is loud, talks a lot and shares an ever-growing list of fictional husbands with a friend. From when she was a small girl, she has always had an overactive imagination and has tried to put it to good use by sharing her stories with anyone willing to listen.

10 Things You May Not Know About Michelle:
- I am left handed, but use my right hand to do most things except to write.
- I can recite Disney’s the Lion King and Aladdin word from word (including the songs).
- I am addicted to video games and wish I had more spare time to play them.
- I won “Aussie of the Month” in primary school but was sick that day, so my sister had to go up in the middle of school assembly and get the award.
- I have a gluten intolerance but I’m always naughty and eat things I shouldn’t. I suffer the consequences every time.
- I am scared of balloons. I can’t pop them. I can’t be near anyone blowing one up. Sometimes I will attempt to blow them up but will only go to half-size.
- I enjoy listening to classical music
- I am very passionate about animals and plants, and struggle to even squash a cockroach.
- I have a strange fear of any kind of electric shocks (including static electricity) and also irons if it is in someone else’s hand and I am near by?!? (Yes, as in the object you use to straighten out your clothes.) I don’t know where either fear originated. What I can say is I cried like a little girl when my friend was messing with me and chasing me around with a small Taser gun. When he realized I was well and truly frightened, he decided to stop. Haha.
- I have a scrapbook and a large corkboard filled with favorite memorabilia that I have collected from my life.