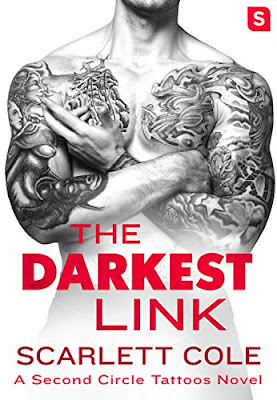 When her car breaks down off the side of a lonely highway far from her sunny Miami home, tattoo artist Lia never expected her very own white knight to ride up on the back of a barely street-legal motorcycle...and she never expected to fall for her dark savior. After a string of failed relationships and a bruised heart Lia is not looking for forever, and the hot mechanic, with his sexy scruff and shaggy hair, is simply impossible to resist. He's the perfect candidate for a mind-blowingly-perfect, no-strings-attached one-night stand.
Reid left his life in Chicago far behind him and hasn't been back, but he's never been able to escape the guilt he feels about his own painful role in inviting a monster into his baby sister's life. A monster who almost destroyed her. Being with Lia is an unexpected gift, one he doesn't feel he deserves, and their one night together has him wanting more than he should. When he surprises her at her tattoo studio, Second Circle Tattoos, in Miami, he's in for a shock—and a fist to the face—when his past and present collide.
With secrets coming to the surface, Reid and Lia are thrown into a world of betray and lies that threatens to pull them under, and the last link to his former life may be the darkest of them all.

Review by Gia:
Lia is a super strong character. Her father wants her to act a certain way but Lia won't cave. She is a strong independent woman. She a sexy tattoo artist. Her sexy legs is what draws Kenny to her when she is stuck on the side of the road. Kenny owns a auto repair shop so he is there to say the day when she gets stuck. Kenny has a past that he has left behind. Either Lia or Kenny know that Lia has a link to his past. Kenny has to come to the to terms with his past. I loved watching Kenny and Lia grow closer together. There is romance but also suspense. There were definitely was surprising twists too.
4 Amazeballs Stars!!

About the Author
Scarlett Cole is a writer of contemporary romance and a two-time RITA finalist. Her debut, THE STRONGEST STEEL, has already become an Amazon best seller in romantic suspense, was a Best Debut Goodreads Author Finalist 2015, and Authors On The Air Global Radio Network Contemporary Romance Pick of 2015. The FRACTURED HEART and THE PUREST HOOK were released in early 2016. Look for THE DARKEST LINK, book four of THE SECOND CIRCLE TATTOOS series out August 30th.

Having travelled the world for work and fun, Scarlett is a citizen of both Britain and Canada. A true city-dweller, she considers Toronto and Manchester home and likes to set her books in vibrant locations such as Miami and Los Angeles.

Rep'd by Beth Phelan at The Bent Agency, and published by St. Martin's Press.

She'd love to hear from you on twitter @itsscarlettcole

www.scarlettcole.com
Posted by Gia Guido at 8:34 AM