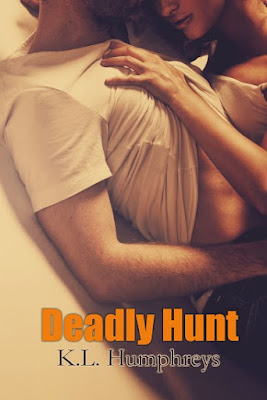 Deadly Hunt - Book 1 in the Deadly Series
BLURB:
Sophia Dallas has recently been discharged from the Army after suffering at the hands of the enemy. On her journey to healing, she has finally started to live her life, but the past never really stays in the past.
Nathan Slade, a former FBI agent, now owns his own P.I business, has taken on a case that could make or break him. In all the chaos, he meets the love of his life.
What happens when the man Nathan's hunting also happens to be a man on the hunt himself - only his target happens to be the love of Nathan's life?
Lives will be lost, leaving pain and suffering in the wake of destruction while Nathan and Sophia learn the hard way that the future is never promised – especially theirs.
BUY LINKS:
Amazon US - https://amzn.com/B01HN6KZL2
Amazon CA - http://www.amazon.ca/dp/B01HN6KZL2
Amazon UK - http://www.amazon.co.uk/dp/B01HN6KZL2
Amazon AU - http://www.amazon.com.au/dp/B01HN6KZL2
About K.L. Humphreys:
K.L. Humphreys was born in London, England but now lives in Ireland with the love of her life. In a way, the world has him to thank for her Debut Novel Deadly Hunt. After years of thinking about writing the story that had been dying to get out of her head, she finally confided in her other half. He gave her an enthusiastic "Go for It!" and she started writing it the very next day.
K.L. Humphreys loves music, especially pop, R'n'B and rap and if she's writing you will find it playing somewhere nearby. She also loves all romance novels but of course, Romantic Suspense is her go to genre. When she isn't writing it...it's a good bet she is curled up somewhere reading it. If she doesn't have a book in her hand, you might want to check to make sure she isn't sick. When not reading or writing, she loves to spend time with her loved ones. 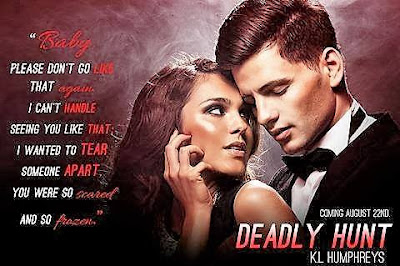 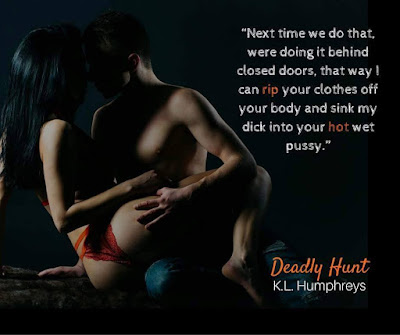 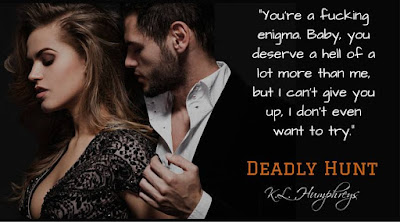 Interview With K.L. Humphreys:
1) What inspires you to write?
That is a hard question. Inspiration can come from anywhere. Like a song can spark a scene in my head and I'll think oh that would be awesome for Sophia or oh that is definitely Nathan. My mum inspires me as she never let anything get her down. I was on a train and a story came into my head, it wasn't that great but little things like that. So yeah Inspiration can come from even the smallest things.
2) When did you know you wanted to write a book?
I had the idea of Deadly Hunt in my mind for years, I'm an avid reader, I literally always have a book in my hand, so wanting to write was something I always wanted to do but never had the courage. My boyfriend who knows all about my reading obsession told me to do it, I told him about the story in my head (I'm so glad he didn't think I had gone crazy when I told them the characters were in my head and wanted out.) and he immediately told me that I should write it. He gave me the courage to write.
3) What was the publishing process like for you?
I was really lucky and had an author whom I adore give me so much advice and encouragement. She laid out what was going to happen and gave me her thoughts on everything. Without her, the publishing process would have been really daunting. I'm self-publishing and Amazon are actually really easy to use. I'm really nervous now that Deadly Hunt is out there, but I'm happy with how everything turned out.
4) What is a usual writing day like for you, how is it structured?
I don't really have a structure. I do like to go for a walk usually an hour maybe more, I find it helps me have a clearer mind going into writing. I'll start writing about 1pm and go through until about 8pm, depending on the day, I'll have a few breaks in between, I am easily distracted and Facebook is a major distraction for me. I really need a structure, I'm so bad at procrastinating.
5) Do you have a favorite food or drink you must have nearby when writing?
Nothing too glamorous, I have to have a bottle of water near me when writing.
6) What are writing projects are you currently working on?
I'm currently writing book 2 in the Deadly Series. Deadly Obsession and a secret project that will be revealed at a later date :)
Posted by Gia Guido at 9:00 AM