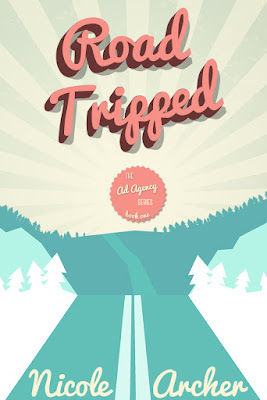 
What’s worse than losing everything? Try driving a phallic-shaped RV across the country with a vile womanizing coworker.


Copywriter Callie Murphy has a bad attitude, a vicious tongue, and a serious aversion to Shimura Advertising’s resident manwhore, Walker Rhodes. Know where he can stick his good looks and Southern charm? She can think of a few creative places. Avoiding him wouldn’t be a problem, except her boss threatens to fire her if she doesn’t go along with him on their RV client’s cross-country tour.


Burnt-out art director, Walker, is sick of his job, tired of women, and in a big old creative rut. The upcoming client road trip is just what he needs to shake things up and rediscover his lost passion. But his plans go south when his partner drops out at the last minute, and Callie, the foul-mouthed tiny terror, takes her place. Unless he can find a way to thaw his icy coworker, he’s looking at two month’s of pure hell.


On the road, they experience one hilarious misadventure after another and soon find themselves on a life-changing journey. But when their paths veer off in different directions, will they hit a dead end? 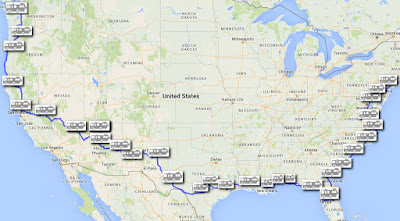 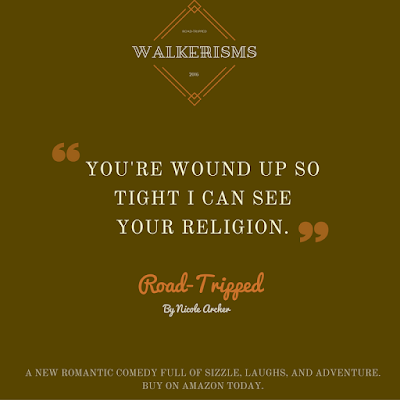 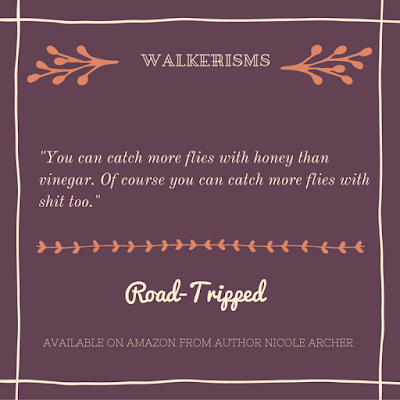 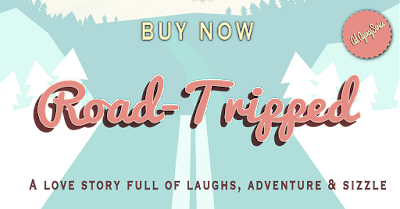 
About Nicole Archer:
Nicole Archer’s lengthy career as an advertising copywriter not only polished her writing skills—it provided a lifetime of book material. Many months her book purchases are as high as her mortgage. As a full-time, working single mom of a beautiful, brilliant, and horrifically energetic son, she has little time to do much else but work, write, read, drink wine, and breathe. In real life, she lives in Dallas, Texas, but she’d rather live in Switzerland.
Check out www.nicolearcher.com for questions, images that inspired the book, the soundtrack, deleted scenes, upcoming work, her random musings, or if you just want to email her and go out and get tacos and margaritas.  If sign you up for the newsletter, you’ll be the first fans offered promotional pricing. FYI, she hates spam — the email and the canned meat.


1. Can you tell us a little about your book?

Since the synopsis and reviews explain the gist of the book, I’ll tell you what I wanted to achieve.

As an avid reader of romance, I’ve always loved the fantasy angle. Any heroine can find a hot guy and fall in love. But what if that heroine is mean, and has an awful perspective on love and life? What if she’s not this perfect woman we all want to be? What if she’s so jaded she thinks every man is going to screw her over? What if she’s real? In other words, how can a weird, unladylike, witty, sarcastic, snark of a bitch, with a filthy mouth, find someone who truly loves her? Someone who brings out the best in her?

I based Callie on the infamous snark and poet, Dorothy Parker. She was a seething critique in her time, but through her writing it was clear she just wanted to be loved for who she was. So that’s what I did—I created a modern day Dorothy Parker—Callie. Her sarcasm and hostility comes from sorrow and fear, and the desire to be loved for who she is, just like Dorothy’s.

Walker’s theme is creativity—the muse. I wanted his character to represent what happens when you give up your passion. The answer? You die inside. You become numb. That was his journey, and of course, Callie turned out to be his muse. She brought passion into his life with her anger and love and quirkiness.

The other underlying theme was perspective. How pasts shape futures. How easy it is to screw up a relationship if you’ve been hurt before. Conflict and misunderstandings exist all the time in real relationships, and I wanted to bring that into a story—make it more real. That’s turned some readers off, I think, but to me, a good romance fantasy is one that shows you can still find love despite all the odds.


2. When did you know you wanted to write a book?

At five I was churning out stories in my locked diary. I’m a copywriter in real life, so I write for a living. In fact, Walker’s theme is very much my personal theme. Why did I give up writing fiction to write ads for a living?

3. How did you choose the genre you write in?

I’m a single mom, so every night I usually fall into bed exhausted, alone, defeated, feeling ugly as hell, and get swept away in the fantasy that some stud of a man, with a giant penis, is actually going to care about my orgasm and spend a significant amount of time between my legs. That’s why I chose it. To give someone else that fantasy too. In fact, after this series, I have a single mom series I’m putting out.

Also, I wanted to make people laugh. Some of the tear-jerker romances I’ve read lately should come with a bottle of anti-depressants. I needed a pick-me-up and thought it might benefit other readers too.

4. How is your writing day structured?

I actually took some time off to write the book. I wrote it in three months then edited it in three more. That structure is going to change real soon because I’m out of time and money. Not sure how I’m going to cope when I can’t write all day.

My home office is all-ergonomic and feng-shui-ed. But when I’m lost in another world, I can write anywhere.

6. Do you listen to music while you write?

No. A little ironic since every scene in my book has a soundtrack. When I write, I write like a copywriter. I picture commercials in my head. In other words, I see it like a movie, not a book. I imagine camera angles and music and montages. I imagine body language and subtext. That’s why I need silence to write.

7.If your book were made into a movie, who do you picture playing Callie and Walker?

Zooey Dechanel for Callie. I’m not sure who would make a good Walker. I’d love for readers to post who they think might work for his role.

8. If you were a super-hero, what powers would you have?

The ability to go back in the past and fix my mistakes. Had a doozey this week and would love to set the dial and go back and make it so it never happened.

9. What writing projects are you currently working on?


I have all the books in the series mapped out and outlined. Callie’s sister’s story is next, and I’m really excited to write it. But truthfully, self-publishing my first book has been emotionally draining. The publishing aspect, not the writing. The marketing, the formatting, the proofreading and editing—finding the right people to read and help, selling it to fans, dealing with social media, watching reviews like a hawk—it’s been incredibly taxing.

Still, I’d much rather do it on my own than have someone else tell me how to write while living off my book.

Given all that, I’m taking a bit of a brain break, and get back on track financially— be a better mother again. In a month, I’ll start the next book.