Release Day for The Perfect Boyfriend by Renee Novelle 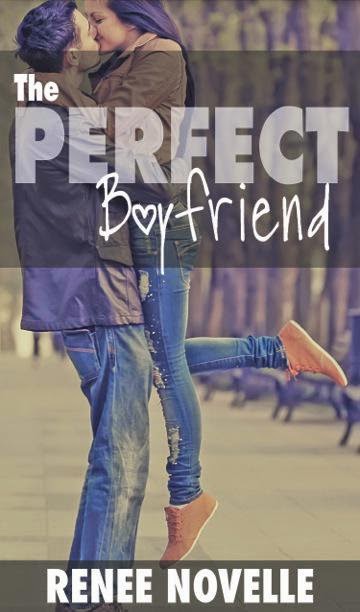 
The Perfect Boyfriend picks up right where we left Reagan and Ian in The Boyfriend List.


As their friendship blossoms quickly into a steamy romance, Reagan and Ian have to learn to navigate their shifting relationship...and everything that entails. But their newfound bliss doesn’t come without a few unexpected challenges.


In the midst of realizing just how sweet the romance can be between them, and all the benefits of their new dynamic, Reagan is informed that her ideal situation has changed. Not only will she need to begin taking on more classes to speed up her graduation date, but she’ll also have to start looking for a job to supplement her fading income. Meanwhile, Ian has chosen to pull out of school once his father is diagnosed with a terminal illness in order to help manage the family business and spend time with him while he still can. But he wrestles with the guilt of leaving Reagan behind, and the pressure of his new responsibilities.


As the two meet their new challenges head-on, they’ll be forced to discover whether or not they’re as compatible as lovers as they were as friends. With their focus pulled in so many directions, will they have what it takes to keep a long distance relationship alive? Can Ian prove that he’s still be the perfect boyfriend, or will they fold to statistics under the growing tensions of their lives? Throw in some manipulative exes, a new boss with an inflated ego, and a co-worker from hell and the two have a recipe for either a fairy tale ending, or a complete disaster.


The Perfect Boyfriend is a New Adult Romance about trust, love, and discovering the true depths of personal strength. 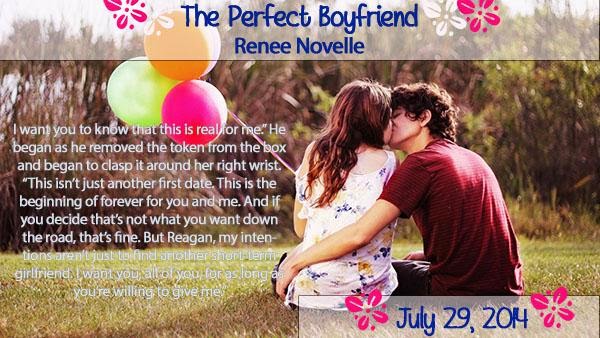 
Reagan’s time with Ian was never long enough. Not really. Not when she was still used to having him in her life every day – man she’d really taken that for granted, hadn’t she? But her moments with him now were sweeter, more complete. And the remainder of the weekend had passed without any other dramatic events. It would hold her over until the next time they could steal some time together. At least, she hoped it would.


But now it was over. And she was back to her regular schedule. Except this week was a little different. This week she’d throw her new internship into the mix and learn just how good of a juggler she could be – her class schedule, new assignments, friendships, her relationship, the internship and anything else that the universe cared to throw at her. It was no joke, that was for sure, and Reagan was beginning to feel all of the pressures that the outside world held for her once she graduated. But she could manage it, she remind herself as she changed clothes for her new role. She didn’t have any other choice but to make it all work somehow.


After having picked up a few new outfits to compliment her new important role – using some of the money she’d kept from the club, of course - Petra had helped her coordinate the rest of her wardrobe to expand her options. And the result was at least a couple weeks worth of choices that had left her feeling confident, appropriate, and ready to impress. Every little detail counted, and her poise when she stepped through the large glass doors that first day spoke volumes toward her ambitions. Reagan had set herself up to succeed in every possible way.


Having no real instruction with which to work from on how to approach her first day, she strode up to the receptionist, who this time greeted her with a friendly smile. Success already, she thought to herself, and her smile widened that much more. “Welcome back Reagan.” The woman began. “You’re all going to be starting in the conference room today. Around that corner and through the second door.”


“All?” Reagan had known she wasn’t the only intern, but the phrase made it seem like there was an army in attendance, and the thought sent a little shiver of nerves up her spine.


“There’s three of you. You have a quick orientation together, then it’s all smooth sailing from there.”


Reagan nodded as she contemplated this answer. Nothing was ever exactly smooth sailing when you threw a bunch of competitive girls together and told them to battle it out to impress the new boss. But one could always hope for the best...


The heels she’d chosen tapped lightly as she clipped down the slick hall and toward the door marked, Conference, #2. She noticed her hand trembling as she lifted it to turn the handle. Taking a deep breath, she tried to let go of all her anxious energy – just be yourself, she lectured – then she forced a huge smile over her face.


But when she stepped through the door, her face immediately fell. All the calm composure she’d just summoned drained from her body and left her face as white as the stark walls. The shaking returned, only it wasn’t from nerves now. Her body was riddled with anger, contempt and yes, even a little humor as she considered the universe’s latest irony.


Because the first person to turn around when she stepped into the room was Isabella. The Isabella. The Isabella who had stolen her boyfriend. Who had tried to seduce Ian. And had otherwise made her existence miserable. The Isabella who had ruined spring break, nearly ruined Petra’s party, and had caused Reagan to question almost everything she knew about people. That Isabella was nearly three feet away from her, dressed in a fitted color-block dress she’d probably picked up at Bebe just to show off her flawless figure. Apparently, whatever dislike Reagan had for her was a mutual feeling, since she was smirking in recognition as she gave Reagan a long, lingering, stare meant to intimidate and demean without saying a single word.


“You’ve got to be kidding me.” The words slipped from Reagan’s lips before she could stop them, and she found herself regretting the thought the moment she’d heard it. 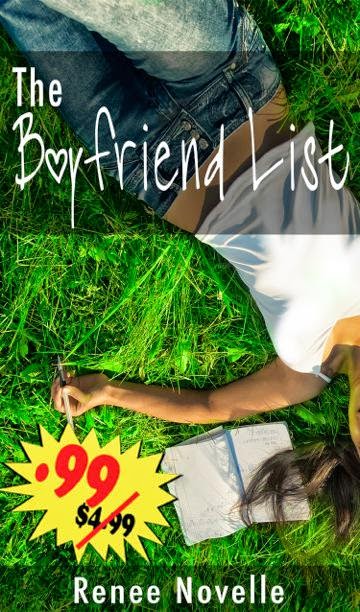 
Book #1 in the Boyfriend series.

The Boyfriend List follows twenty-year-old Reagan in her quest for the perfect relationship after a somewhat tragic spring break breakup leaves her disillusioned about love... again.

Reagan had always prided herself on making levelheaded, practical, analytical decisions about everything. Everything, that is, except where guys are concerned. Which was proven to her, once again, when her “boyfriend” opts to take another girl on their oh-so-romantic trip to his lake house. In order to prevent future heartbreak, she creates a checklist of all the qualities she wants in a man, and vows not to give her heart away again until she can determine if they fit every last criteria.

After scouring campus with her two best friends in her tricky journey, her detective work returns a pile of unworthy rejects, and it seems as though her choices are narrowed down to only two options: the hot stranger who’s inspired her new project, and her best guy friend Ian, who she’s always kept at bay due to his perceived playboy reputation.

Reagan gets more than she bargained for with her new set of rules, however, and is surprised to find that love, and the perfect boyfriend, may have been within reach the entire time. But will Ian’s reputation ruin his chances to prove his worth? And can Reagan let go of her insecurities long enough to even give him a chance?

The Boyfriend List is a light, New Adult romance about friendship, trust, and learning to let go in order to embrace what real love can offer.