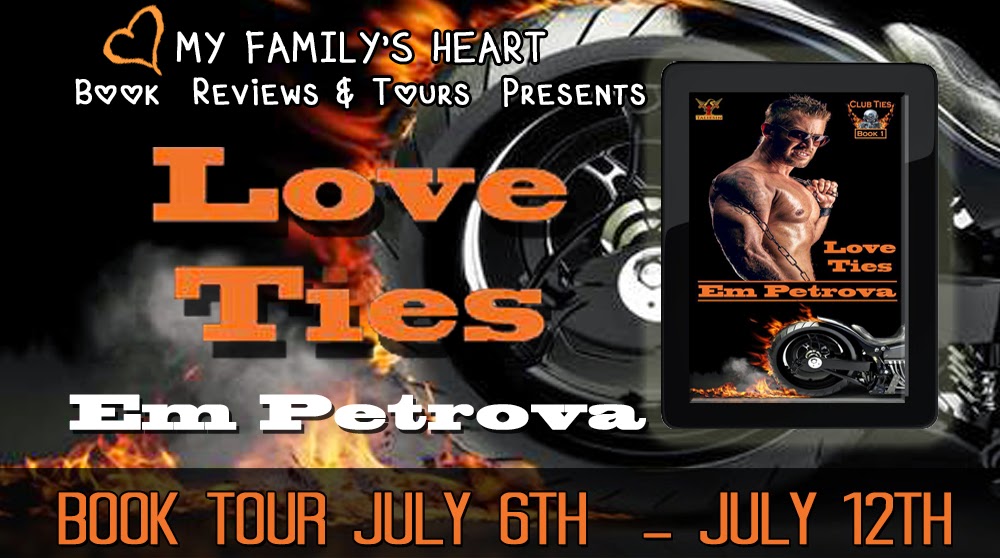 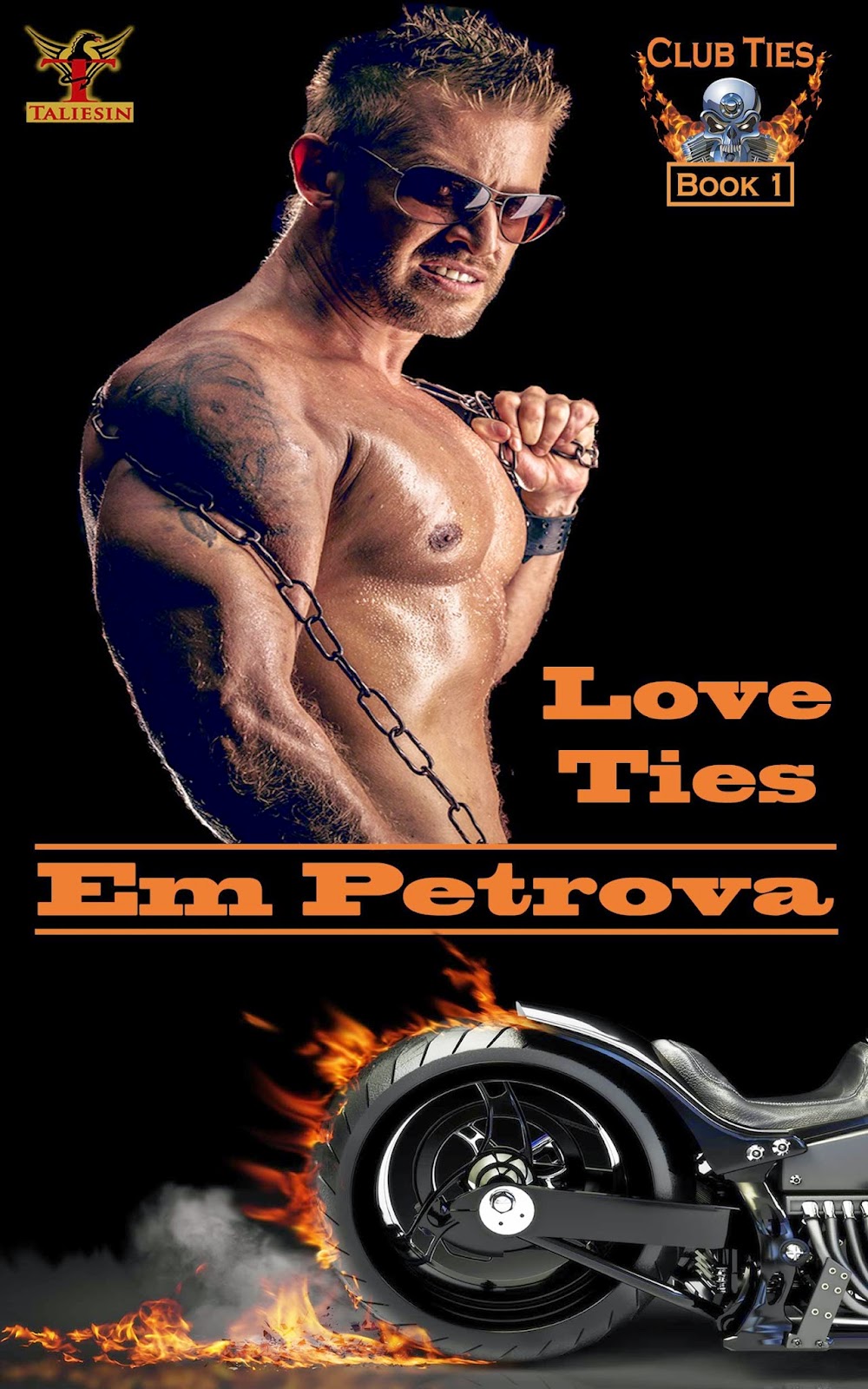 
BOOK SYNOPSIS
You can take the motorcycle chick out of the club, but she’ll always come back.

When her momma saddled her with a name like Ever, she didn’t have a prayer of a normal life. Mix in a motorcycle club and a lot of rough adoptive fathers, and Ever is raised not to take any flack. Five years ago she battled her way out of the Life, got a degree and a good job. The only thing that would bring her back to Heller’s Gap and within range of her ex is revenge.

Jamison’s motorcycle club doesn’t live, breathe, and ride for drugs and guns, unless they’re fighting to uncover the roots of the crimes. After years of watching his friends and loved ones die, Jamison’s only desire is to stop more of the trade from coming into Heller’s Gap. At least until he gets an eye—and hand—full of the redheaded vixen, Ever.

In spite of the world she hates, Ever can’t stay away from the god dressed in black leather. When he discovers she’s practically MC royalty, and that she’s being hunted by her ex and his gang, Jamison’s instincts to protect rev to new speeds. He’d do just about anything to keep her, even help her get the revenge she craves…if it doesn’t break him first.

The instant he walked into The Gearhead bar, she knew it. Chatter stuttered to a stop, and the cover band seemed to trip on the beat. Without looking over her shoulder, Ever felt Jamison’s heavy stare.

A shiver raced down her spine, but she managed to keep from contorting into a strange shape on the barstool. Jamison Montgomery. Hell, even his name had serious swagger.

Gripping her glass, she stared at the green contents. Sex with an Alligator was her drink of choice, which had amused the hell out of Jamison from the very beginning. Ever hitched her boot heel on the stool rung and tried not to squirm.

From the corner of her eye she glimpsed the man who stopped every lady—and quite a few men—in their tracks. Six-foot-two with a chiseled chest that served as a fine pillow. Not that she’d admit it to anyone.

The pretty bartender leaned across the polished surface. “Wow, look at him. I bet a girl could ride him to Sturgis and back.”

As if she didn’t know exactly who the brunette referred to, Ever glanced around. And instantly regretted it.

Jamison’s deep hazel gaze latched onto her like a motorhead attached himself to a restored Harley. Ever’s skin broke out in goose bumps at the sight of the same five o’clock shadow that had burned her skin so deliciously not twelve hours ago.

She clenched her knees together and took a slug of the green drink that tasted like a sour apple hard candy.
“Do you know who that is?” the bartender asked.

Barely turning her head, Ever tried not to let him catch her gaze again, but damn if he wasn’t a professional at it. She let him consume her with his eyes a heartbeat too long. Then shaking her head, she dragged her gaze away from his ruggedly beautiful face and tried to play it cool. “Just some dirtbag.”

Her drawl was Deep South even to her own ears—something Jamison had commented on. That and her name. There weren’t a lot of girls named Ever on the big blue ball they called Earth. When explaining her name, she always claimed her mother had named her this, because given a choice, she’d never, ever get pregnant again.

Three stools down, the scrape of metal legs on the dusty wood floor made Ever’s skin prickle. Anything the man touched or looked at turned her into runny grits. The bartender smoothed her hands over her perfectly trim hips before bouncing down to take his order.

“What can I get ya tonight, loverboy?”

“Double of Jack.” When he spoke, his gritty tone ignited Ever. Too well she recalled him calling her baby in the same voice, sounding as if he’d swallowed gaskets and chased them with moonshine.

She’d regretted coming back to this Podunk town where she’d spent too many years as someone’s wife. Then the purdiest man in the state of Alabama had wandered through the door.

Too bad he was not a cowboy. Or a banker. A post office worker. Hell, she’d prefer a sewer employee over another man wearing leather and sporting too much horsepower.

She shifted in her seat, aware of Jamison’s gaze. She didn’t dare turn her head because her face would light up like the Fourth of July. With a complexion like hers, she had little control over her blushes.

“I’ve gotta use the lady’s room. Save my drink.” Ever’s mutter to the waitress didn’t go unnoticed by Mr. Tight Jeans. She didn’t get halfway down the corridor leading to the restrooms when leather and earthy aftershave overwhelmed her.
He grabbed her elbow and whirled her. Her back struck the wall, but he slid a hand behind her in time to cushion the impact. As Jamison leaned in, breath minty and lips inviting as hell, she panted for control.

He was dressed to kill in those dark jeans, his motorcycle club T-shirt, and a black leather vest that fitted to every muscled inch of his torso. Ever’s knees sagged, and he trapped her more firmly against the wall.

Dipping his head, he nuzzled her throat. She sucked in a harsh breath and fought the urge to twist her fingers into his leather cut and yank him down. The memory of those heated lips gliding over her flesh was almost too much to bear.
“Was I just some dirtbag to you last night?”

“Y-yes.” Her whisper was a lie, and they both knew it. God, how was she going to continue to resist this man? Every nerve ending in her body begged for his callused touch. But no, she had too much to lose.

Going back to the Life wasn’t an option. She’d busted her ass to break free of the world of guns, drugs, and anything on two wheels.

In the background the band struck a new song, the drummer a little too enthusiastic. Heller’s Gap had never been known for its musical talent, but someone had to keep couples revolving on The Gearhead’s dance floor.

What the hell had she been thinking to even come into a biker bar? Old habits would kill her in the end.

I've read a few motorcycle club books, and I've generally liked them. Love Ties was no exception.  Ever Palen has returned to Alabama in order to infiltrate her old MC club, the Raiders, and find/get revenge upon the person who was responsible for her mother's death. Good starter, right?  And then, in walks Jamison, VP of Hell's Sons, and aforementioned tattooed god in a cut. They meet and can not seem to stay away from each other even though they know it would be better for them both if they could.

Oh, Jamison. I could easily say he's on my list of book boyfriends that I'd read about all over again.  He's hard. He's loyal. He's respectable. He's all alpha on the outside, and even a little alpha on the inside!  When he has sex he likes it a little on the rougher side, and I'd have no problem with that - and neither does Ever!

Unbeknownst to anyone, Ever is MC royalty and knows the life Jamison leads... and she tries her hardest to run away from that instead of seeing J for what he really is. Fortunately, she is unable to deny him anything. Hell, I probably wouldn't deny him either - he's just that good! Uhm, tattooed god in a cut! Yes, please!

There are a lot of things that I would never have expected to happen in this book, and that's a good thing!  When Jamison is confronted with Ever's ex, also a MC Vice-President..... Oh, and when she finds that note.... and him behind a locked door... 'Cause yeah, I would have been pissed too!

I'd re-read this book, and I'm definitely buying the second book!  And if you really wanna know why I'd be pissed off about a locked door.... #OneClickIt for yourself, because I'll never tell! 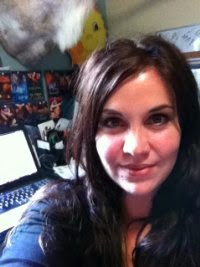 Disneyworld is a top pick. The only place you can wear mouse ears and still feel normal.

My dream is to have an old pickup to drive all over the country and meet small-town people. Here are a few places I’d love to see:

Texas (anywhere my friends are, and bring on the cowboys!)
New Orleans
Wyoming
Plantation homes
Old cemeteries
Rodeos
Back roads