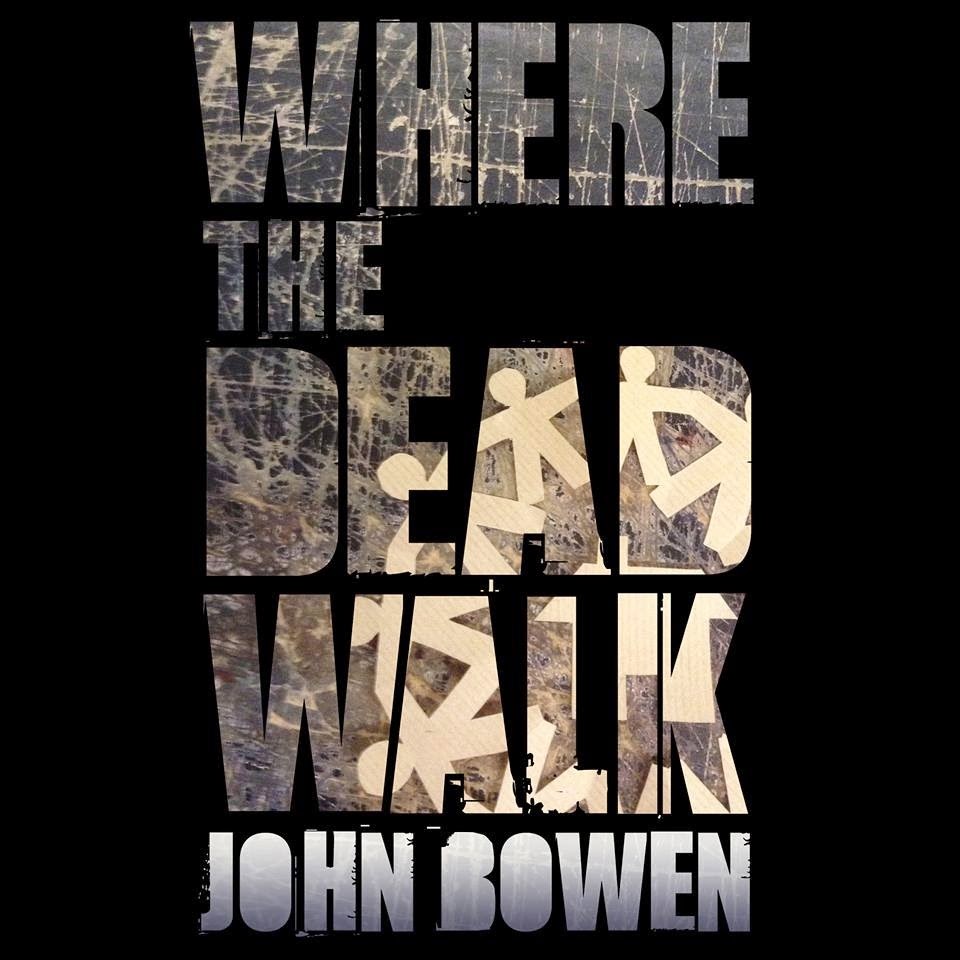 For some, ghosts are no more than the wounds loved ones leave in their wake, haunting the living only with their absence.
Others take a more literal view.
Kate Bennett, presenter of paranormal investigation cable TV show, 'Where the Dead Walk', isn't sure what she believes, other than she seems cursed to lose all those closest to her.
After investigating a neglected cliff-top house, empty for a decade because its 'haunted', Kate is left convinced a spirit within holds the answers to a childhood she can't remember and an unimaginable crime.
What she can't know is that the house's owner, Sebastian Dahl, is searching for something too, and he intends to get it, whatever the cost.

Kate Bennett, presenter TV ghost hunting show, 'Where the Dead Walk', has never seen anything she actually believed was paranormal... Until she encounters a spirit who somehow appears to hold answers to a childhood she can't remember and an unimaginable crime. 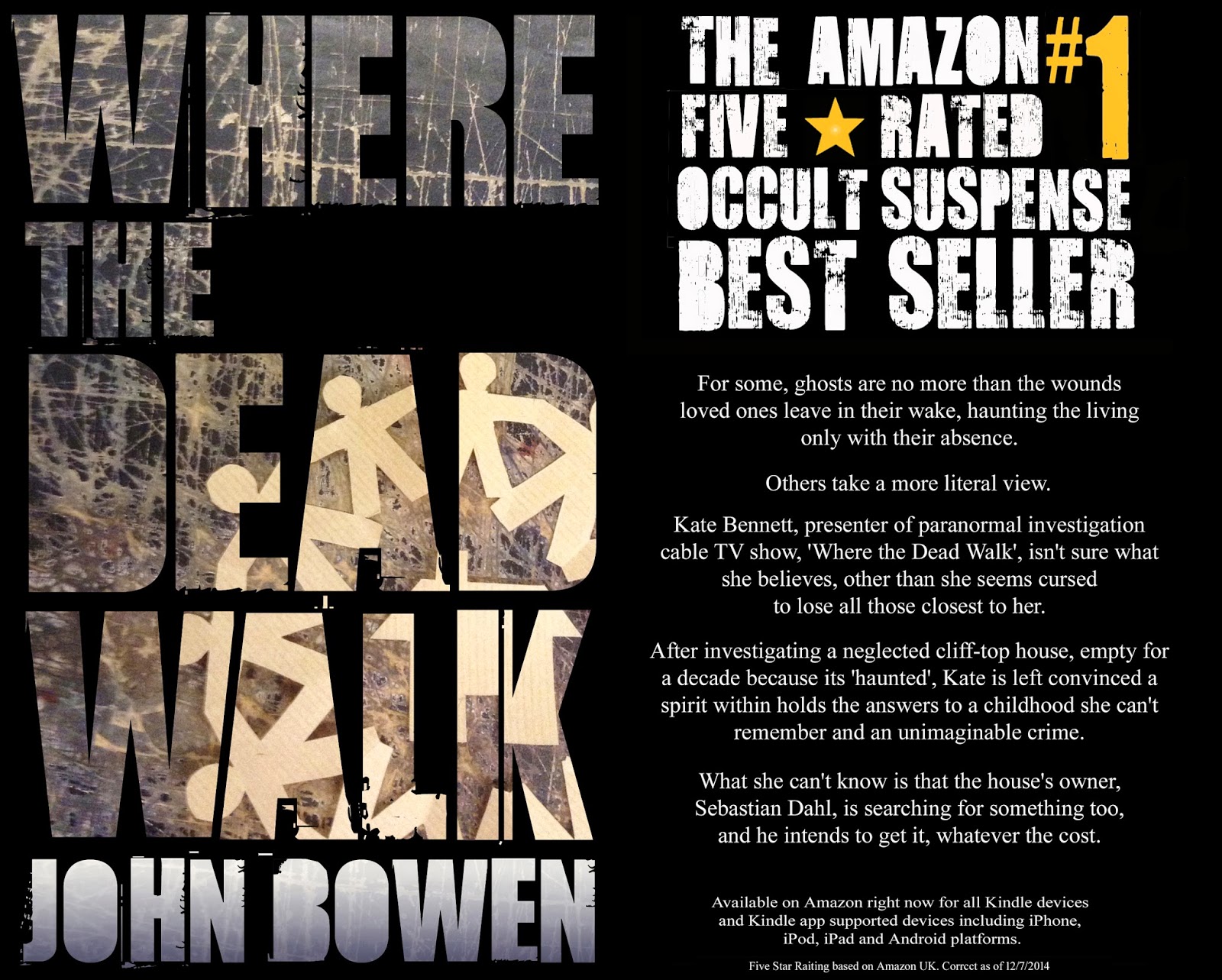 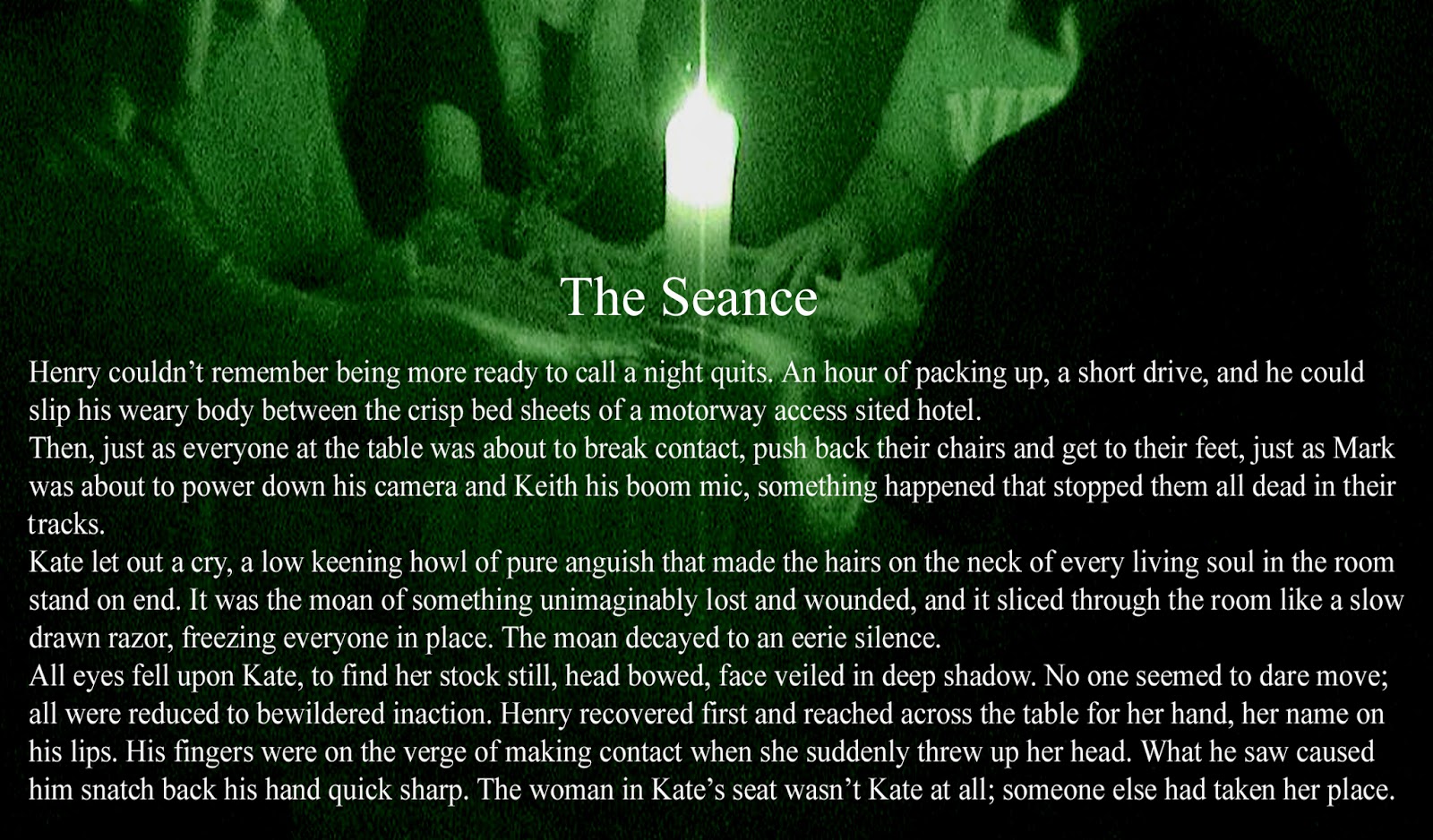 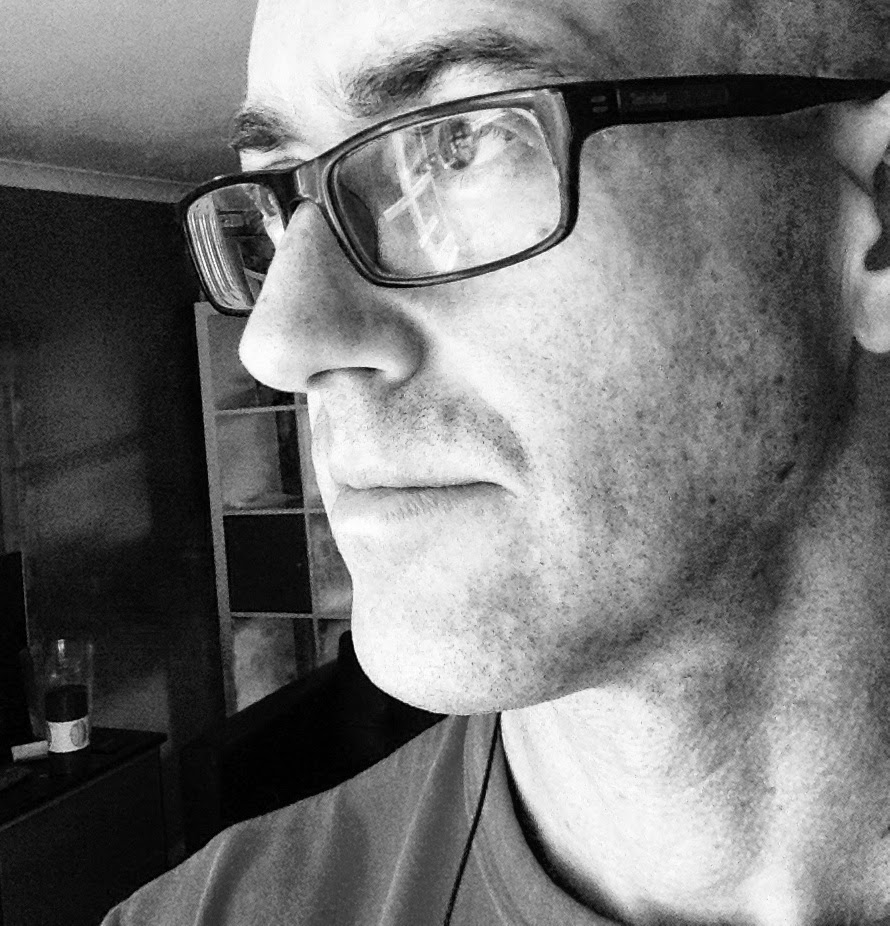 John Bowen lives in the UK. When not playing video-games, catching up on movies, going to the gym, and enjoying time with his wife and children he occasionally finds time to write...
Facebook Author page: 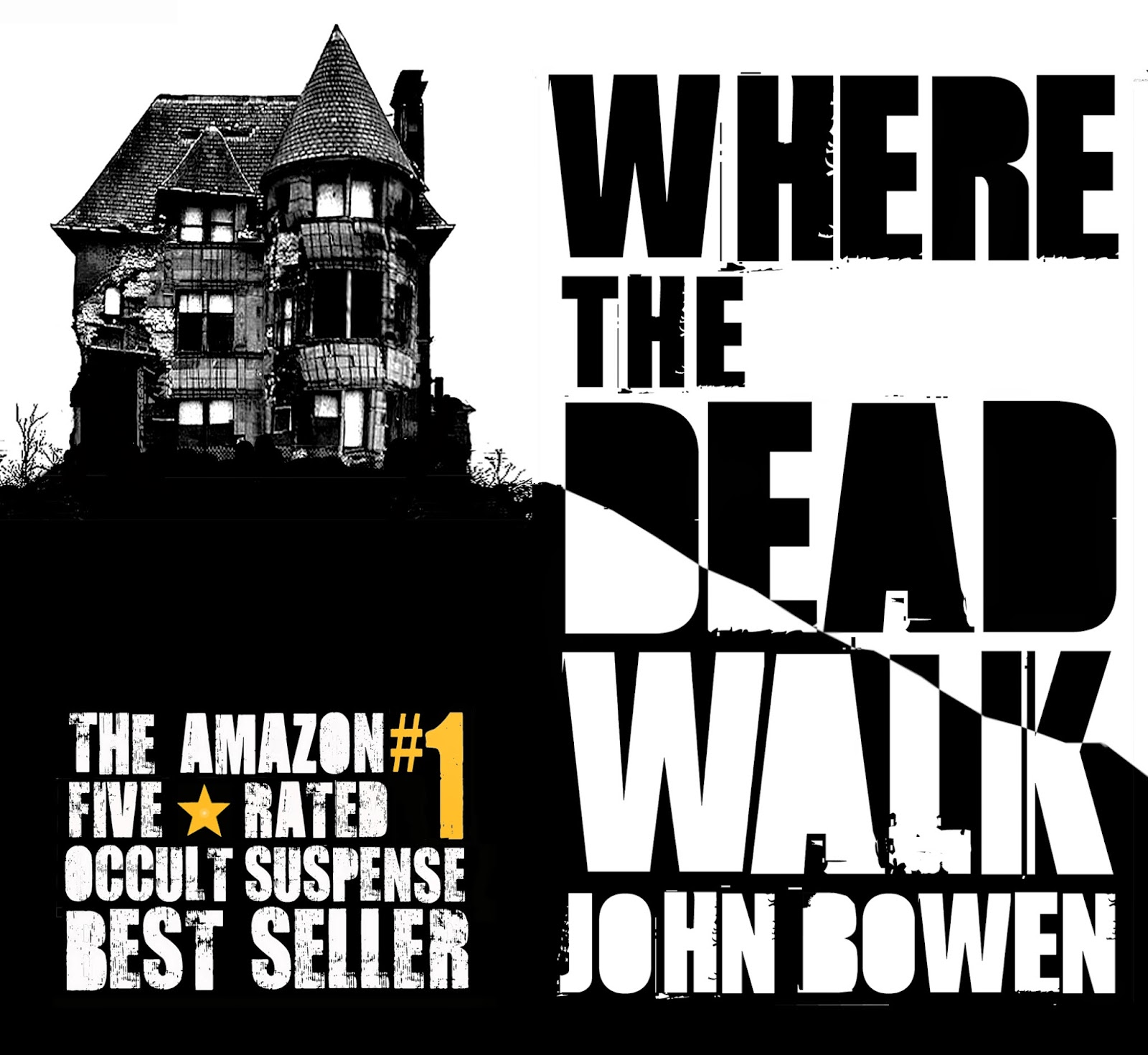 1) Can you tell us a little about your book?

'Where the Dead Walk' follows Kate Bennett, presenter of paranormal investigation cable TV show, and her team as they film the second series of the show.
Kate's someone whose experienced a lot of tragedy in her life, she's lost almost everyone she cares for, in fact. In that sense her life is already full of ghosts, but when the crew investigate a house that's stood empty for nearly ten years because it's supposedly haunted, Kate discovers not all ghost are of the metaphorical variety...
It's a journey into unearthing the mystery of why the house is haunted and how Kate figures into that.

I love to write in my lunch break at work. For some reason I'm super focused then. Not sure if it's the environment or the time, but I'm on fire during lunch break. Lol.

3)  Why did you chose to write a Paranormal novel?

There's a show that used to be on cable, those in the UK will almost certianly be familar with it, called 'Most Haunted'. When it first aired it was quite a fresh concept. The presenter, Yvette Fielding, and her modest crew embarked on a mission to visit some of the UK's, as the title suggests, most haunted buildings.
It turned out to be a show that both my wife and I enjoyed a great deal, but for very different reasons.
My wife's a believer; she believes in ghosts, an afterlife, the existence of a soul. Me? I'm not so sure. Like Mulder's poster used to say, 'I want to believe', but there's a strong rational, logical thread running through me that can't quite buy it. Where's the... Well, not logic in it perhaps, but at least the consistency?
If everyone who reported encounters with ghosts and spirits all described the same things I would find it easier to get on board, but they don't. No two mediums seem to agree on how spirits comunicate with them, and ghosts don't seem to be abliging enough to have any consistency either. I've never seen a duck-billed platypus first hand (a mamal with webbed feet and a duckbill, really?), actually I'm not sure I've even seen one on film now I come to think of it, but enough people have a described them as looking same I'm willing to give them the benefit of the doubt. Ghosts though? Some are reported to be ethereal wafting lights, some dense shadows, some semi-transparent, some as solid as a christmas cake...
What's one to think?
Again, though, I think much of my frustration comes from the fact - I do want to believe.
But if I can't, why did I enjoy the 'Most Haunted' so much then?
For me it was the atmosphere, at first, and the show's medium, a fantasitic chap called Derrick Acorah. I never really cared as to the question of whether he was actually comunicating with spirits, I enjoyed what he did either way. I won't bother explaing why, here's a you tube link to a terrific example:
http://m.youtube.com/watch?v=I8H_v8cM9CQ&feature=youtu.be#
Go watch it. Now, really. Trust me.
Right. Where was I? Oh yeah, liking the show for a different reason to my lovely wife.
Besides the basic entertainment value of the man Acorah, and the cool atmoshere, even by the end of series one something altogether more interesting to began to develop.
The problem with searching for something that may not even exist is that when you keep not finding it the pressure increases. In the first few episodes of MH the show could get by on a bump, literally a bump. Everyone would freak out, brilliant. By the end of series one, though bumps were getting a bit old. I won't labour the point, but suffice to say by the time MH eventually reached its final series tables would rattle and the crew would get goosed, brushed, and even scratched by unseen entities on a pretty regular basis. I'm making no judgements here, like I said, the show was great, but - well y'know.
The idea of writing a story following a show like that, having the crew go through that progression intreauged me. Maybe seeing them get jaded by the experience, especially if they then actually had something definitively paranormal happen to them. Maybe contact with a spirit, that wanted something?
What though? What exactly would a spirit want?
Maybe pick the book up and find out...

4) What is the scariest thing you have ever read/written?

Two words. A forename and a surname.
Patrick. Hocksetter.
Surely the most chilling character ever to grace the pages of a book. Forget Hannibal Lector, what Little Patrick does in Stephen King's it makes chomping down fava beans with a fine chianti look like an episode of 'Junior Master Chef'.

5) What is your all-time favorite book?

That's a tough question, there's a bunch of Stephen King jostling for position, but in the end the 300lb gorilla? the big kahunas? My favourite book ever?
No spooks, no monsters, no gunfights or ticking clocks, it has to be John Irving's 'The World According to Garp'.
Not just the story of a writer's entire life (just!) but his conception and personal legacies too. If that sounds heavy it's really not. It's touching, insightful, and frequently laugh out loud funny... it's a bloody masterpiece.
I read it around every five or six years or so, and every time I get something different from it. The older me increasingly sympathizes with the aging Garp in way I couldn't have imagined when I first read the book.

6) Have you had any encounter with ghost or spirits?

No, but I do live in hope. I hear people recount personal experiences like that and I'm always jealous. I want the world to be full of mystery, for there to be something more, but I'm a seeing is believing type of guy, so I guess I'll have to wait.

7) What's one random fact about yourself that you can share?

For some reason I like to eat pizza with a knife and fork, which my wife seems to think qualifies me for a place in a travelling freak show. Lol.

Going to the gym. I love working out. In the UK everywhere is empty when the sun comes out. So the gym is near deserted. Bliss.

9) Is there any particular author or book that influenced you in any way either growing up or as an adult?

I came to novel reading quite late in life, around 19?
I'd only read comics as a kid (all these Marvel movies are like the dreams of my early teens) then when I was around 19 one of my big sister's boyfriends dropped a big shopping back full of paperbacks in my room - said he thought I might like 'em.
After a week or two I casually cracked one open, Stephen King's 'Fire Starter'. It blew my mind. I almost felt betrayed. Why had they made me read all those dull books at school when stuff like this existed?
Over the next few months I chewed through the contents of the shopping bag: Dean Koontz. F Paul Wilson. Brian Lumley. More Stephen King, oh man, Stephen King...
I think what 'The Shopping Bag Experience' taught me was to be extremely open minded. Over the next few years I tried all sorts of stuff, fell in love with Tom Sharpe, which somehow prompted my step dad buy me 'Stars and Bars' by William Boyd, which in turn got me into his stuff, and onto other literary fiction...
It would be hard to pick one book as a major influence, but 'Fire Starter' was what made me realize how amazing books could be. I guess it was my first love, and you never really forget those do you?

It's called 'Vessel' and it's looking good for a 2014 release.
Expect something a little different to 'Where the Dead Walk', more thriller territory, faster, noisier, more supernatural than paranormal, oh, and around a millennium's worth of mythology.
I'll be posting blurb and hopefully cover art on my FB authors page in the coming weeks.
https://www.facebook.com/JohnBowenWrites