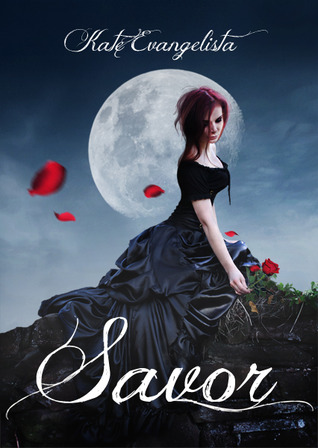 Mature and explicit content. Not recommended for readers below 18-years-old. Yup, you've got to be that old to read my story. Consider yourself warned.

I’m Dakota Collins, a tough talking, eye patch wearing, workaholic photography student. Why am I important? Well, maybe because I get to spend an entire month with Vicious, only the sickest indie rock band out there.

You see, I needed a subject for my Spring Showcase introspective in order to graduate. During a chance encounter at a club I’d been sent to cover for the Daily Gossip, our ironically named college paper, the features writer I usually teamed up with introduced me to the band—by accident, I might add. It involved a run in with a scary, bald bodyguard. Anyway, long story short, I signed a contract to take pictures of Vicious.

I should have known their handsome yet way too serious for his own good bassist, Luka Visraya, wouldn't be able to keep his hands to himself. He’s gorgeous and all, but the way he smiles spelled trouble with a capital L. I’m in for a long month with him around.

Crazy shit happens and then some. So, if you want the skinny on Vicious and the events revolving around my stay at Lunar Manor, read my story.

Again, refer to the warning above.

I  read Romancing the Bookworm by Kate Evangelista which is a Contemporary/New Adult Romance, and loved it.  So, I was super excited to have the chance to read Savor.  Savor is a New Adult/Paranormal story.  Once again, Kate Evangelista wrote a wonderful story.
I did not know about this book being link to Kate's book Taste (Young Adult/Paranormal) until after I read Savor.  I have not read Taste but that did not take away from my enjoyment of this book.
In this story we meet Dakota, who by being at the right place at the right time, gets to photograph the band Vicious for her school project.   Vicious consist of Luka, Phoenix, Demitri, and Dray.  Dakota goes to Lunar Manor for a month to photograph the band.  Dakota has an eye patch and scars.  She doesn't talk about how she got them.  The band is also very secretive about themselves too.  When Dakota and Luka get together, there is no denying that they have a connection.  I loved all the characters they were well written and easy to connect to.
There are a few amazing twists at the end of the book, that took me completely by surprise.  Savor leaves you wanting more and having a ton of questions.  I can't wait to read more in Relish.
4 Amazeballs Stars!

Barnes & Nobles
About the Author:

When Kate Evangelista was told she had a knack for writing stories, she did the next best thing: entered medical school. After realizing she wasn't going to be the next Doogie Howser, M.D., Kate wandered into the Literature department of her university and never looked back. Today, she is in possession of a piece of paper that says to the world she owns a Literature degree. To make matters worse, she took Master's courses in creative writing. In the end, she realized to be a writer, none of what she had mattered. What really mattered? Writing. Plain and simple, honest to God, sitting in front of her computer, writing. She is the author of Taste, Reaping Me Softly, Til Death, and Impulse.