Release Blitz for Incubastard by Charity B 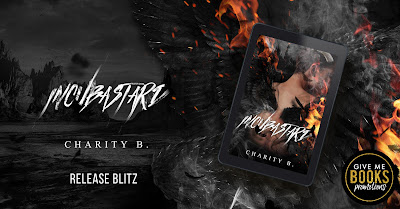 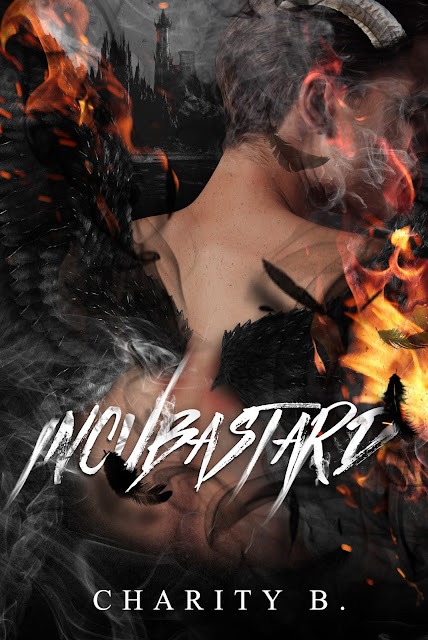 BLURB
Mishka
Angels, demons… the afterlife.
I’d always thought they were bullshit.
Until all my misguided beliefs were proven wrong by an infuriating, flippant asshole with horns who has no concept of boundaries.
Summoning him was never the plan, especially since I’m not willing to do what it takes to send him back.
If I’ve learned anything from Loch, it’s that preconceived ideas are usually false, and the truth is much messier than fables.
The theory of good and evil is flawed.
Nothing is that simple.
Loch
The only side of human nature I’ve ever encountered is vile and perverse, depraved and cruel.
However, Mishka’s none of those things.
She’s an insufferable, snarky creature who makes me question everything I know about myself.
The longer I’m with her in this world, the less desperate I am to return to mine, which is absurd.
I am son of Asmodeus.
A prince spawned from lust to torment the damned.
The mortal realm is not where I belong.
Incubastard deals with Christian lore that does not align with the Bible. It is completely fictional. If this will make you uncomfortable, please do not read this book.
Content Warning: This novel contains graphic scenes depicting blood and gore along with sexually explicit content and violence. For mature audiences only.
ADD TO GOODREADS 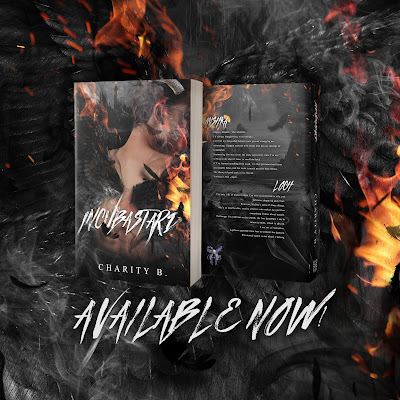 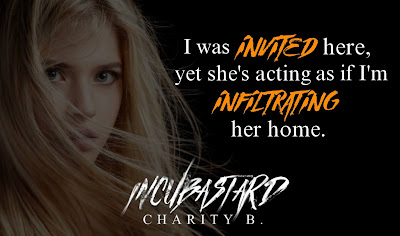 TRAILER
PLAYLIST
EXCERPT
Rubbing my hands over my face, I turn around to go to my room. My stomach lurches up to my chest, yet it still takes a second to register that there’s a hooded stranger with crossed arms leaning against the counter a mere few feet from me. As I open my mouth to scream, he lifts his head enough to show his devastatingly beautiful face wearing an impish grin.
Before a single sound can leave my lips, my skin pulsates with tingling waves that crawl down my arms and legs. I lose the ability to use my knees, forcing me to turn my back to him and grab the edge of the counter. Attempting to hold myself up, I involuntarily moan while tides of supreme ecstasy roll from between my legs. My hand slips, crashing a plate around my feet, but I can’t seem to care. The prodigious pulsing continues for such an inordinate amount of time, I think I may pass out. It’s an orgasm on LSD.
After what feels like an eternity, the frenzied vibrations begin to ebb, allowing my stiff fingers to release the counter. Somehow, I momentarily forgot about the man in the room with me.
Spinning around, I find him still standing there, wearing the same wicked smile. “You’re welcome.”
With darting glances, I search for something sharp. My mind finally catches up with the knowledge that I just had a spontaneous mega-orgasm in front of an intruder who may or may not be here to kill me. “Wh-what do you want?”
He scoffs, standing straight to reach his full, impressive height. “You called me, remember? I’m here to do whatever you desire.”
I don’t dare take my eyes off him while my hands continue fumbling behind me, nearly crying in relief when I wrap my fingers around the handle of a knife.
Seeing as I most certainly did not call him, he’s clearly off his meds. I try my best to keep my voice soft in a desperate effort to placate him. “I think you’re confused.” Attempting subtlety, I take tiny steps toward the kitchen doorway.
His chuckle makes my nerves snap one by one. “I’m clearly not the one who’s confused.” With tattooed hands, he tugs on the sleeves of his black leather jacket, walking toward me. I hold the knife out between us, clueless if I have the guts to use it. Narrowing his dark eyes, he reaches up to lower his worn brown hood, revealing more ink scrawled up his neck in weird symbols. “That’s not going to do shit to me, but you’re more than welcome to have at it. Although, it would be a bit rude, seeing as, like I said, you fucking called me.”
If my heart beats any harder, I’m going to blow chunks. “Please don’t kill me.”
His eyes narrow as if I insulted him. “Not allowed. Besides, I’d much rather fuck you.”
The way he speaks is incredibly odd, with an accent I’ve never heard. My gaze falls to his strange pants. What appears to be different tones of distressed leather are fused together into a unique patchwork. It’s also odd that his jacket looks brand new, yet the hood beneath it appears as weathered as his pants.
I shake the useless thoughts from my head, focusing back on the threat in front of me. His questionable fashion choices are not what I should be thinking about. If only I hadn’t had so much wine. There’s a psychopath a few feet away who could very possibly rape me or worse, and I can barely stand up straight.
The need to preserve my life overcomes any critical thinking I may possess. Taking less than a second to process my thoughts, I bolt out of the kitchen, sprinting for the front door. Right when I’m about to reach the handle, I run smack dab into his solid form before falling back on my ass. He doesn’t even sway from the impact.
Tears wet my face in defeat. How on earth did he beat me here?
Dark, straight hair falls over his face as he crouches down to my level. My stare lifts to the two twisted braids above his left ear when his harsh voice commands eye contact. “You incited Maelprog flames with death blood, using the Ammalok Qew to call upon me by name. What could you have possibly expected to happen?”
The words I understand have my chest heaving. “L-Leena’s spell? It worked?”
His unnerving laugh pushes me closer to the edge of my sanity while he stands, towering over me. “You clearly got enough right that I ended up here.” His synthetic smile is tainted with a sneer. “What were you attempting to do, human?”
Human? Barely comprehending his question, I scramble to my feet. Even though a voice in the back of my mind whispers he’s speaking truth, I can’t accept it. This all has to be a stress-induced nightmare. “What are you?” I ask the question so quietly, I doubt he hears me until he winks.
“It’ll be much more fun to show you.” 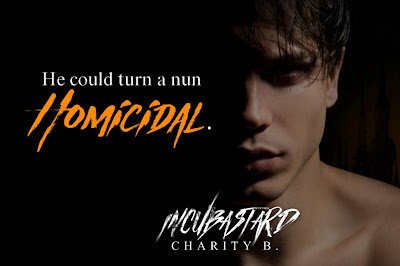 Charity B. is a dark romance author who writes in horror, taboo, and most recently, paranormal romance. Charity has always had an interest in the more disturbing and horrific side of life, while also being an incurable romantic. The Sweet Treats Trilogy was her debut series, and she is constantly preparing for her next release. She lives in Wichita Kansas with her husband and ornery little boy. In her spare time, when she's not chasing her son, she enjoys reading, the occasional TV show binge, and is deeply inspired by music.
AUTHOR LINKS 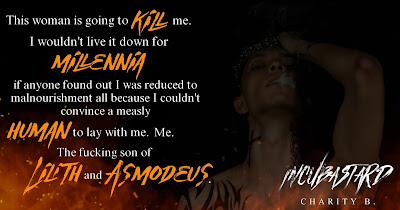 GIVEAWAY
a Rafflecopter giveaway
Posted by Gia Guido at 8:30 AM