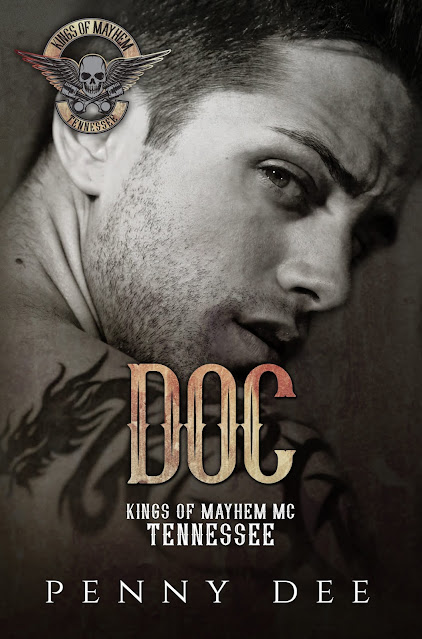 Sometimes love grows in the darkest of places…
One tragic night took the only good thing in my life from me and set me on a new path. A path that eventually led me here, to the Kings of Mayhem Motorcycle Club in Tennessee.
They call me Doc because that is what I am, even if the law says I can’t be. I’m inked head to toe, ride a Harley and wear a cut, but my love for medicine is the blood in my veins.
I don’t need liquor and I don’t need women. By choice, I haven't touched a woman in years. Guilt has shaped me into a lonely figure. Love is a fable and touch makes me uncomfortable.
But when a rival club decides I have what they need and abduct me off the street, I come face to face with the last damn thing I need—the woman of my dreams.
She’s the enemy. The daughter of our biggest rival. The odds are against us, yet I’m drawn to her like a moth to the flame. I don’t like to be touched, but I want her to touch me.
Chances are, I’m not getting out of this alive. But when I have her in my arms, I can’t help but feel like my life is just beginning.
Sometimes love can grow in the darkest of places.
But then again, it can crash and burn too.
DOC is book two in the Kings of Mayhem MC Tennessee series. For readers 18+.
ADD TO GOODREADS 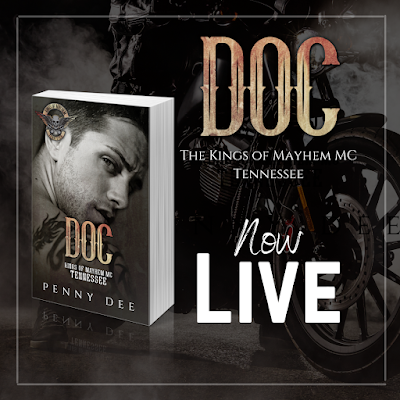 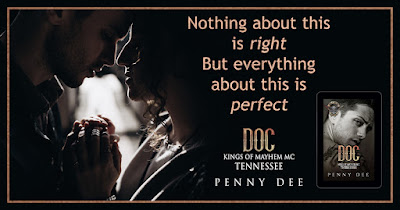 EXCERPT
“You don’t seem concerned.”
“Concern walked out the door with gullibility and trust when I realized I’d been abducted off the street by a psychopath because he wants me to help his fugitive wife give birth. Your father hasn’t said one goddamn word of truth since I’ve been here. There’s no way he was ever letting me leave.”
“Then why aren’t you doing something about it?”
“I am.”
“What?”
He walks over to me. His face is tight, his eyes dark. “Now why would I go and tell you something like that?”
His words and tone stun me, but it’s the sharp distrust in his eyes that get me.
I’m trying to help him, but he’s acting like I’m trying to extract his teeth without any Novocain.
“I’m trying to help you.”
“Sure, you are.”
I take a step back and fold my arms. Last night, I slept in his arms. Today, his walls are firmly up, and the look of contempt is back in those baby blues.
Apparently, our truce is over.
“You still think I’m a part of this, don’t you?”
I’m not going to be wounded by his distrust. In fact, I couldn’t care less. Besides, I get it. In his shoes, I’d probably feel the same way. And we’re not friends. Hell, I don’t think I even like him.
Okay, that’s not true. My body likes him, obviously, because every time he’s close to me, I want to get naked, sink into his warm aura, and make out with him, and clearly, my body is desperate to get laid. After all, it’s been what? Three years?
He stands in front of me, and I can’t help but notice the long lashes that fringe the deep blue of his eyes. When he talks, dimples appear on either side of his mouth, and dammit, if I don’t want to kiss those dimples as much as I want to kiss those lips.
Despite hating him.
“I know what you’re doing,” he says.
Again, the tone of his voice catches me off guard. “Excuse me?”
He moves forward, his face dark with heat and emotion. “Get close to the doctor and lure him in, do what you have to do to make him let down his guard…” He takes another step toward me, and I mindlessly take one backward. Not because I’m scared but because the moment has turned into something tight and exciting. Our eyes lock and an electrical charge buzzes between us as the space separating us disappears. “Be his friend, gain his trust… treat him real good.”
“What are you saying?”
He takes another step closer, but I have nowhere to go. My shoulder blades are already pressed against the door behind me.
“Wrap your arms around him and do what you gotta do… entice him.”
I glare at him.
“Well, here I am, Lily…” his eyes flash, and his face tightens, “… entice me.”
My sensibility screams at me to tell him to back off, but the woman in me can’t rip her eyes off his mouth. My lips part with a shaky breath as my heart pounds against my ribcage. I lick my lips, and his eyes become heavy-lidded as they track the movement of my tongue. I wonder if he’s going to kiss me, and the thought sends a zip of excitement up my spine.
His face comes closer, and I swallow deep, his heat burning like red-hot coal around me.
My eyes close.
I want him to kiss me. Desperately.
I feel his breath against my cheek.
My lips part.
“Isn’t that the plan?” he growls.
The palms of his hands hit the wall either side of my head, caging me in his heat.
“You want to entice me?”
His lips are close to mine. His voice dark and velvety.
“You want to lure me in and… tempt me?”
My pulse races in my throat.
I hear him inhale and exhale roughly, and dear god, just kiss me.
“Tell me…” His breath sweet as it brushes across my lips. “Just how stupid do you think I am?” 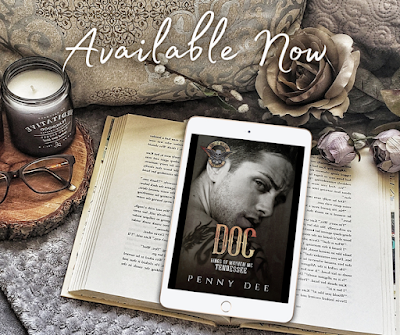 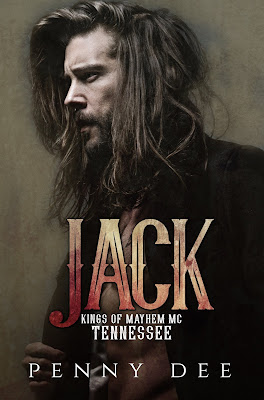 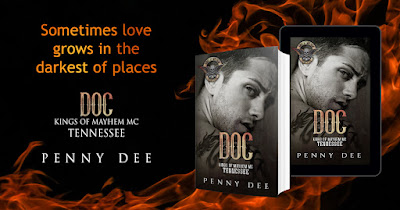 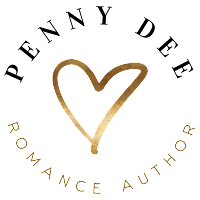 Penny Dee writes contemporary romance about rock stars, bikers, hockey players and everyone in-between. Her stories bring the suspense, the feels and a whole lot of heat.

She found her happily ever after with an Australian hottie who she met on a blind date. 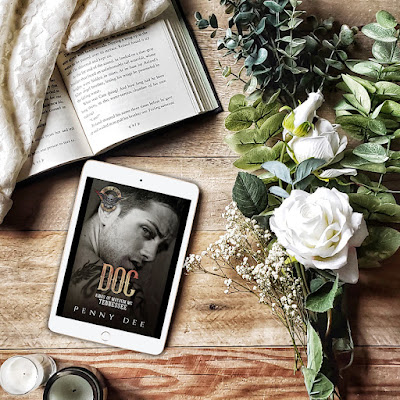