Release Blitz for BODY OF TRUST by Jeannine Colette

Release of Body of Trust by Jeannine Colette! One-click yours today! 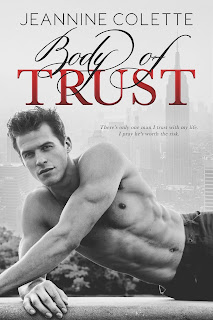 Body of Trust by Jeannine Colette

★☆★Read FREE w/Kindle Unlimited★☆★
Amazon US - https://amzn.to/33L95Vz
Amazon UK - https://amzn.to/2GS4BmS
Amazon AU – https://amzn.to/2Ihbi2V
Amazon CA – https://amzn.to/3nGQ7aL
Goodreads TBR: https://www.goodreads.com/book/show/55583494-body-of-trust
What to expect:
Get ready for the thrill of a lifetime in this SEXY, HOT, and ADDICTIVE Romantic Suspense. This story has a SWOON-WORTHY HERO with bravery, heart, and an intensity that will give you ALL. THE. FEELS!
BLURB:
In the dark, winding hills overlooking the New York Harbor lay the city’s most exclusive club. A mansion that offered a glimpse back to the days when the mob had ruled New York.

I took my seat at the bar and flirted with the man behind it—the one who made me weak in the knees yet kept his personal life a veiled secret.

It started off like any other, except, that night, Jesse Grant and I shared a moment.

And then all hell broke loose.

As gunfire rained down, I fell to the floor in fear, only to be shielded by a man who was risking his own life to save mine.

Jesse led me away from danger that night. While traipsing through the underground tunnels of the city, I learned my family wasn’t who I’d thought they were and no one could be trusted … including Jesse.

He devoured my body and stole my heart. Then, he left in the shadows of the night, leaving me to wonder if he was really who he had said he was.

Discovering dark secrets, intense attraction, and a plot where everyone’s life was on the line … my once-boring life morphed into that of a crime drama.

And there was only one man I was willing to give my trust to. I just prayed that he was worth the risk. 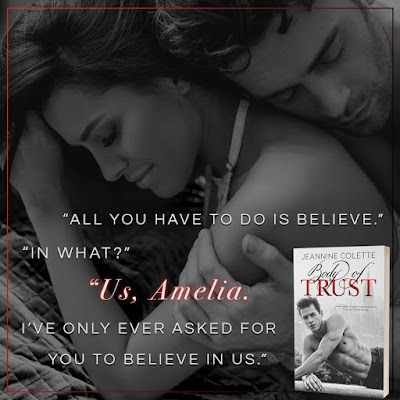 Review by Gia:
Body of Trust is a page-turner. It had me hooked from the beginning. Amelia is kind of clueless about what her Dad and uncles do. Her family is involved in the mafia and she had no idea until things get crazy. One minute she flirting with the bartender Jesse and the next minute she running from gunfire. She asks a lot of questions but doesn't get a lot of answers. Jesse is a sexy guy and she likes him but he's keeping secrets too.  It turns out he's more than a bartender. This one is suspenseful and action-packed and has romance all wrapped up.  Jesse and Amelia have a great connection and I was so rooting for then to come out of the other end of all the secrets and deceit as a couple.
5 Stars!! 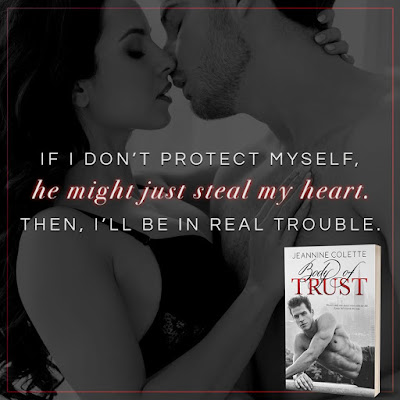