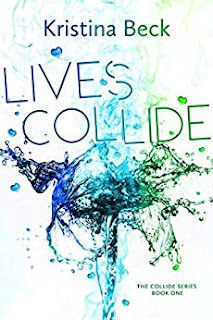 
Serendipity at its best!

You can plan your life, but sometimes life has a mind of its own…

Following Lisa’s near-death experience as a teenager, she is haunted by the emerald-green eyes
of the stranger who saved her life. Her only connection to him is the leather jacket he left behind.
Years later, she’s still reeling from the aftereffects of her injuries, convinced that no man will love
her once he uncovers her secret. She lives a life of solitude and hides behind her days of
monotony. And then James storms into her life.

After James helps a young girl in a car accident, he sets his life course—determined that nothing
will stand in his way. Once he accomplishes his dreams, one unforeseen event changes his
orderly existence into one of chaos. He spirals downward and can’t summon the strength to pull
himself from the edge of despair. Until Lisa becomes a beautiful distraction.

Familiarity and a sense of peace draw them to one another. They soon discover they lived
parallel lives that intertwined at the most crucial points. Can their revelations help them face their
fears and move forward, or will history repeat itself? 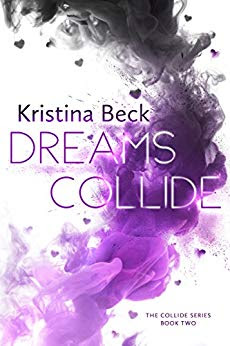 At sixteen, Tina was full of energy, fearless, and desperate to get out of New Jersey. But her
dreams shattered when her mother died tragically. She was thrust into the role of mothering her
family while hiding the horrible truth of that day.

Now that Tina feels she’s paid her penance, she wants to rediscover the ambitious girl she used
to be. With her new dream job and a move to Hoboken, it’s her time to spread her wings. Tina’s
first client is a restaurant owner who tempts her—not only with food but with himself. She’d felt
this kind of attraction only once before in college and is flooded with memories of an
unforgettable kiss. One of her biggest regrets.

Gerry fled Germany to escape the destruction of his reputation. After months of staying under
the radar, he opens a restaurant in New York City. When he hires a website design firm, Gerry
finds himself working closely with Tina—whom he had a taste of years ago and now finds a
sweet indulgence.

Even as they admit their attraction to each other, an unexpected circumstance threatens to
separate them again. Will their love be strong enough to give up their dreams? Or will someone
be left behind? 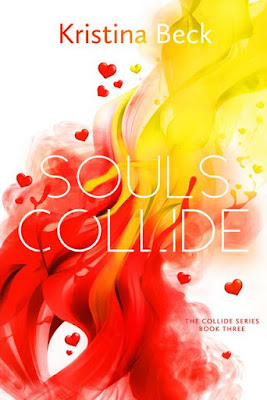 Blurb:
Beauty, brains, and money. Alexa has it all, and luck is her middle name. She’s the first to defend her
family and friends and never needs help in return. Men fall at her feet—except the abrasive police
officer Kent, who seems to despise her. But a series of strange events punctures her protective
bubble, exposing her to fear and self-doubt. She doesn’t know who she should be more afraid of,
her unknown pursuer or the sudden protective, softer side of the officer.
Kent has watched the women he loves the most in his life suffer unbearably, unable to save them
himself, and now he refuses to get close to anybody. To most people, he’s a heartless, angry cop
without a soft interior. Until one stormy day, fate teases him with a warm ray of Alexa’s sunshine,
melting a piece of his icy heart. Kent believes he hates her, but when her brightness dims, his hate
turns into something else. Something he refuses to let another person take away from him,
especially the stranger lurking in the shadows. 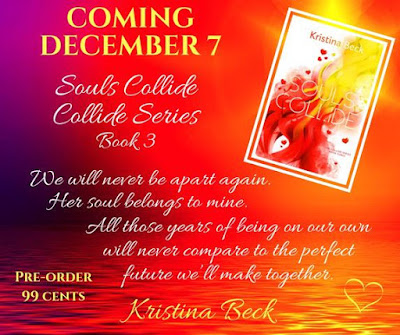 
About Kristina Beck:
A Jersey Girl herself, Kristina was born and raised in New Jersey, USA, for thirty years. She later
moved to Germany and has lived there for over fourteen years with her German husband and three
children. She is an avid reader of different genres, but romance always takes precedence. She loves
coffee, dark chocolate, power naps, and ’80s movies. Her hobbies include writing, reading, fitness,
and forever trying to improve her German-language skills.


1. Can you tell us a little about your books?


I have written three books in the Collide series. The third book was just released on December
7th.  This series is about serendipity but with a twist. I’m fascinated about stories about how
couples have met. There are some really bizarre ones out there. I believe nothing is a
coincidence. Everything happens for a reason. Do you ever wonder why you missed that bus
one day, or why there was a change in plans and you couldn’t do what you wanted to? With these
little changes, you never know  where it could lead you. I think of my own story of how I met
my husband. I was living with a guy and got a new job. He was a miserable person and was
slowly turning me into one. The first day I met my new boss (he was German and an expat
for 2 years), I knew there would be something  between us. But, the timing was all wrong.
We worked together for years but we never got together until he moved back to Germany. And
that is no lie. I needed to get my life in order before we could be together. He showed me a
completely different way to live. One with happiness, adventure and positivity. If I never decided to look for a new job, would we have met anyway?


There are three women connected in these books. Each get a standalone book.


2. What inspires you to write?


I’m a typical hopeless romantic and try very hard to think outside the box. It is such a challenge to
try to think of a new storyline. I love it. My husband and kids also inspire me. There’s nothing
better than to hear how proud they are of me.


3. How many books have you written? Which is your favorite?


I still consider myself a new author even though I’ve published three books in a series as I
mentioned above. My favorite book to write was book two, Dreams Collide. It has a lot of
comical parts but also very emotional ones. It has a mixture of everything. It also touches on
some experiences I’ve had in Germany or with the German culture.


4. Do you have a special time to write or how is your day structured?


I have no set schedule. I write mostly in the morning when my three kids are in school or late
evening.  My day is all over the place so I try to write whenever I can. It doesn’t help that I’m the most
unorganized person in the world.


5. How do you come up with your characters names?


I really don’t know. My characters range from simple names to a little bit more modern/sexy.
There is no magical process.


6. If you could be friends with one of your character, which one would you chose?


Definitely Alexa from book 3, Souls Collide. She is fun, confident and protective of her family and
friends. She radiates happiness and it spreads to everyone else.


7.  If your fairy godmother waved her wand and whisked you away to the location of your choice,
which place would you choose?


That’s easy. I would love to go to the Maldives so I could stay in one of those little huts on the
water. A woman can dream.


I’m taking a couple of weeks off but after the holidays I will start to write my next book. It’s
definitely a romance and quite unique but I can’t exactly say which romantic category it will go
under. I’m so
excited to start it. I love that it will be a standalone and not part of a series this time.