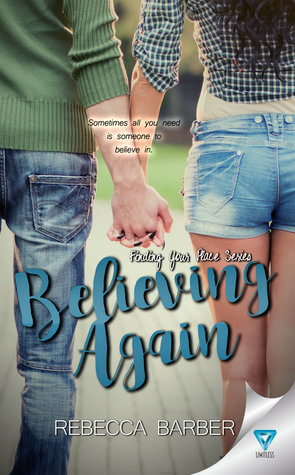 After his life falls apart, Nate Mitchell climbs onto his motorcycle and tries to outrun his pain.

Nate leaves behind the noise and chaos of Sydney and accepts a teaching job in a quiet country town. Every afternoon after work, he throws himself into renovations on his old, rundown house until he’s too exhausted to remember.

Josie Perry needs a sign—something to restore her hope.

Abandoned by her baby’s father and disowned by her parents, Josie is now dealing with life as a single mother. She loves being a mum, but she needs something more…like a chance to have a conversation in full sentences with someone who knows how to wipe their own nose. In an effort to rebuild her life, she takes a waitress job at the local club. That’s where she meets Nate…who might provide a little bit more adult interaction than she was looking for.

The possibility of hope is more than they can ignore…

Even Nate and Josie’s friends notice their attraction, and they scheme to get the couple together. But they find reminders in one another of the pasts that nearly destroyed them. They worry a relationship would open up old wounds they’ve tried so hard to heal.

Is their love strong enough to overcome the demons haunting them?

Is it possible to start Believing Again? 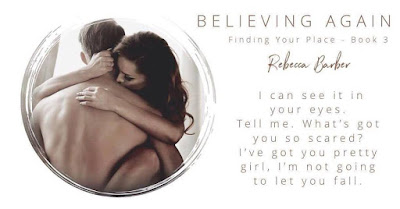 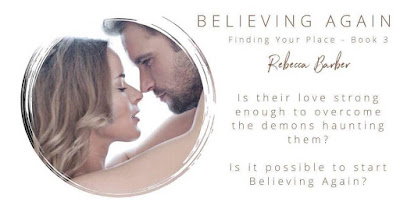 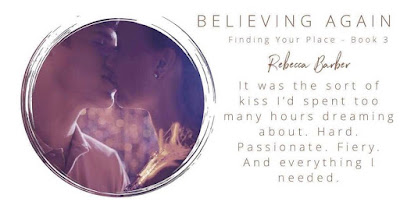 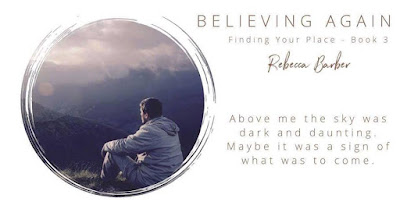 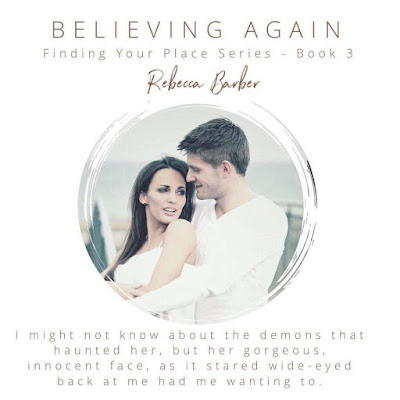 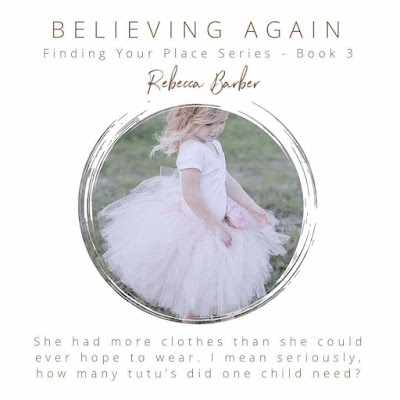 Rebecca, one of four kids to her parents who are both primary school teachers, was born in Wollongong on the south coast of Australia before moving to the country with her family. After a few years of embracing all that country life had to offer, the family relocated to Port Macquarie with its white sand beaches. After a brief period enjoying the sun and the surf they finally settled in Canberra where Rebecca still lives today. But all through her childhood a notepad and a book where never far away. These days Rebecca is an avid reader, and when she isn’t buried in a book or cheering on her beloved football team she’s spending time with her husband Robert and their overly spoilt dog Levi.

Newsletter Subscribers: http://eepurl.com/b9dbqb
Interview With Rebecaa Barber:
1. Can you tell us a little about your books?
I write what I feel. If I don't feel it, it's not happening. I do absolutely no planning and my characters often take control of what comes out. I'm addicted to sports romance and my childhood (and possibly adult crush - which can be denied) was an Olympic swimmer, so my first foray into the publishing world was about a swimmer. Now, I've branched off and got a few things happening. Generally I just see something that makes me think or feel in a certain way and a book is the result. For example, the current WIP is about bullying - not a fun topic, but something that is everywhere and needs more awareness.
2. When did you know you wanted to write a book?
Always - I remember being on holidays with the family at the beach when I was maybe 11 and I wasn't even interested. I carried my notebook (which I had about a gazillion of) everywhere. I finished my first fully length novel at 13 however due to the fact it was written by a 13 year old, it will never see the light of day!

3. Do you have a favorite character to write about?
Currently it's Zoe - she was the main character in Coming Home, and according to readers I pretty much tortured her. I feel like at some point she needs her HEA but for now, I'll play a little more and she can continue making appearances in her friends stories

4. When you write do you write the first draft on a computer or paper and pen?
Always on a computer straight away - much easier to add in paragraphs that way (and it has spell check!)

5. What's one random fact about yourself that you can share?
I HATE coffee and shoe shopping! How I'm an author I have no idea, since many of my writer friends books are written under the influence of coffee, but for me, the smell makes me want to gag!

6. Are you attending any Author Signing Event this year?
I'm signing at Riverting Reads Australia in Brisbane in October 2017 and I've just signed on to make my international signing debut at FanSASStic Signing in Birmingham in 2018

7. What is your favorite comfort food?
Chocolate anything - even Nutella on a spoon!

8. What are you working on next?
A new series, books 1 & 2 are complete and I'm currently in the middle of book 3 - this series, "Meet the McIntyres" surrounds a family of 5 kids. Each book is their story about the distinctly different struggles that each faces. Some of my old friends from the "Finding Your Place" series also make their appearances because I just can't say good bye to them.
Posted by Gia Guido at 9:08 AM