Excerpt Reveal for I See You by Molly McAdams 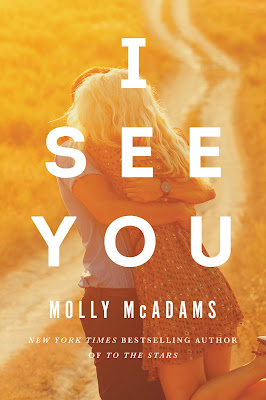 New York Times and USA Today bestselling author Molly McAdams’ powerful new novel offers one of the most memorable love triangles in fiction since Twilight—perfect for fans of New Adult fiction like Jamie McGuire, Abbi Glines, and Tamarra Webber.
What if…
Aurora Wilde’s life feels like a series of what ifs, forks in the road, and doors unopened. What if she hadn’t gone to the party that night? What if Jentry Michaels hadn’t captured her interest, or disappeared the next day? What if Declan Veil hadn’t been there to sweep her off her feet?
And as she goes down the list to make her perfect forever, Aurora is happy with her life and a future that seems completely secure. Until, one day, suddenly it’s not. Now she’s stuck between the man who has been there for her and the one she never stopped thinking about.
As the consequences of each of her choices comes to a head, Aurora begins to realize that, sometimes, one tiny decision can ripple through a life and change everything. But when what once felt like a safe and reliable future becomes something else, will Aurora have the courage to make a final decision that could alter the course of her entire life? 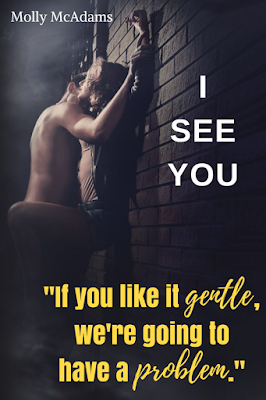 I stood to walk a few feet away, only to turn back toward her. Each movement was fueled by my sudden frustration. I hadn’t thought about, looked at, or touched another girl since Aurora. For her to say that when this entire time she’d been with him pissed me off more than I could begin to describe.
I told myself this was where I should leave her for the night, on a bad note, like we had left our last conversations . . . but when had I ever been able to leave her?
I dropped down in front of her to look directly into her eyes so she could see the honesty that poured through every aggravated word. “What other girls, Aurora? There have been no other girls since you, because I couldn’t get past you. You are the only girl I have refused to tell anyone about because I never wanted to share even the thought of you. I would have given anything to make that night continue—anything to come back to the States and have you there waiting for me. Now that you’re in front of me again, I want nothing more than to remind you over and over again what that night was like. I want to make you forget every other guy, because the thought of you with anyone else has a rage burning inside me that I hate more than you’ll ever understand. It is a constant struggle not to pull you into my arms and keep you. But despite all of that, I owe Declan my life. I hate myself for wanting what is his, and I would never forgive myself if he ever looked at me with the betrayal that goes with the guilt I already feel.”
Her mouth slowly parted as the weight of my words crashed down on her. Confusion, awe, and denial lingered in her eyes.
“I told you I see you, so I see what you’re doing. You’re spouting off bullshit to protect yourself. I get it, because I’m doing it, too. Like before, I’ve been trying to give you every reason to walk away from me before I take you and never let you go. That guilt that you’re feeling just being near me, I feel it. That pain of being so close and keeping yourself from what you need, I feel that, too. If you hurt, then I hurt. And this hurts, because it feels like I need you to fucking breathe, and you’re just out of my reach.”
A shaky breath tumbled from her mouth as indecision settled on her face. Want, need, guilt . . .
Everything I felt, played out for me to see.
“Damn it, Aurora, I see it. I can see everything you’re fighting, but just say it. Fucking say it so I don’t feel like I’m the only one losing my goddamn mind trying to keep myself from you.”
“The only one?” a sharp, disbelieving laugh burst from her. “But like you just said, Jentry, you love him. I love him. This is so much more complicated than finally finding you again! I thought you were gone. I thought I would never see you again. I don’t know how to navigate this now that you’re right here! And like before, you’re constantly pushing me away and confusing me more than ever.”
“Because like I told you that first night, a guy like me shouldn’t be able to stain your kind of good. But that night— fuck, Aurora, you destroyed me. I have never been the same after it. And now I don’t know what to do because you’re with Declan when you should have been mine!”
“Then stop challenging me like all I am is a game to you!”
“A game?” I cupped her slender neck in one of my hands and brushed my thumb across her bottom lip as I leaned closer. “This is not a game. It’s not about wanting what I can’t have. It’s about wanting the girl who makes me feel like I’m touching heaven. It’s about wanting the girl who makes it easier to breathe because she looks at me like I’m something more than I am. It’s about needing the only girl who has made me believe that I deserve something as beautiful as her even though I know I can only ruin her.”

Molly grew up in California but now lives in the oh-so-amazing state of Texas with her husband, daughter, and fur babies. When she’s not diving into the world of her characters, some of her hobbies include hiking, snowboarding, traveling, and long walks on the beach … which roughly translates to being a homebody with her hubby and dishing out movie quotes. She has a weakness for crude-humored movies and fried pickles, and loves curling up in a fluffy comforter during a thunderstorm … or under one in a bathtub if there are tornados. That way she can pretend they aren’t really happening.
Facebook | Twitter | Goodreads | Google+ | Tumblr | Website | Instagram
Sign up for Molly’s Newsletter