Release Blitz for Until We Collide by Charlotte Fallowfield 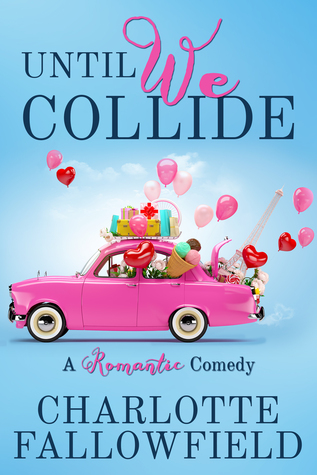 What do you do when the guy you’re in love with is seeing someone else?

That’s the dilemma facing Paige Taylor. All of her life she’s only ever had eyes for the gorgeous Alec Wright, but despite their undeniable chemistry, their timing has always been off. Fast approaching her thirtieth birthday, Paige despairs of ever finding love and a happy ever after. Her best friend Poppie tells her that she can either watch life pass her by, or grab it with both hands. She convinces Paige to throw herself back into the dating pool, or she could be waiting for Alec forever.

What Paige didn’t expect was the catalogue of dating disasters to follow. A neck brace, jelly fish, stitches, flashing and an encounter with a gorilla were some of the most memorable. Despite some downright hilarious, humiliating and cringe worthy dates, her biological clock is ticking and Paige is determined to keep trying until she finds the one.

Was Alec Wright always her Mr. Right, or is he still out there waiting to be found?

Join Paige in her quest to find the ultimate prize. Love.

Review by Gia:
This book is funny, sad, and sweet all wrapped up together.  Paige is super funny.   She's clumsy and finds her self tripping a lot and sometimes getting covered in weird stuff.   Oh and when she gets nervous a ton of funny stuff comes out of her mouth.  I love Paige.  She's a great character.  Her and Alec have chemistry together.   Alec is a little older and he's super sexy.  There paths cross a lot.  They have their sweet moments and they definitely had funny times.  But the timing always seems to be off for them.   I was a little frustrated on how many times that weren't right for them but when the timing wasn't right for them that just meet more crazy relationships for Paige.  I was rooting for them to finally meet again when the timing was right.
4 Amazeballs Stars!!

About Charlotte Fallowfield:
Charlotte Fallowfield writes contemporary romantic comedy novels. She comes from the United Kingdom and is half French. She lives in the wonderful countryside of Wales, surrounded by rolling hills, trees and fields full of sheep and cows. Her writing aids include chocolate, Ben & Jerry’s and copious amounts of coffee. Reading was her main pastime, until she discovered the joy of writing, but she still tries to set aside time to indulge her appetite for funny, or steamy, reads by other authors too. She is yet to meet her Prince Charming, but lives with her extremely pampered fur baby, Pumpkin, kitten of mass destruction.

Follow Charlotte Fallowfield at:
www.facebook.com/charlottefallowfield...
www.twitter.com/romcomauthor
Posted by Gia Guido at 10:41 AM