Army Strong has a mission....to protect Southern Sassy at all costs.
The directive had been clear: Deeply embed himself in the fair town of Paradise, Tennessee, and keep one Melody Song Reardon from forgiving her fornicating ex-fiancé and keep her safe by any means necessary.  Fortunately, Retired First Sergeant Callum Valentine had always been a man that got the job done. Unfortunately, nobody told him that while his ‘job’ might be as pretty as a picture, she could be ornery as a wet cat and had a stubborn streak a mile long. Now, he was battling baristas and dodging would-be assassins in an effort to keep one sultry southern minx safe.

He’d thought the Taliban would be the most dangerous force he ever face. Imagine his surprise when he realized that the radical extremists had nothing on one curvy little woman with a wicked edge to her tongue…. a woman that had somehow tangled herself around his cold heart.★✩★

Melody Song Reardon was done with men. After learning that the man she’d been going to marry was no better than a corporate Casanova in and out of the boardroom and bedroom, she’d decided that love just wasn’t in the cards for her.  Which was fine.  She was young, smart, and capable… and better yet, she had a dream and a plan: Opening her very own book/yarn store – Hooks & Books. She had the brains. She had the building. And now, she had a freaking bodyguard compliments of her interfering older brother?

She didn’t care how mouthwateringly handsome her so-called savior was; she didn’t need another controlling man in her life telling her what to do. At least, she hadn’t needed one…. until those nerve wracking hang-ups and strange notes took an ominous turn. Now, somebody wants her dead and the only thing standing between her and the Grim Reaper is one seriously gorgeous man named Callum Valentine.   Falling in love again in the middle of her own personal apocalypse hadn’t been the plans…then again, the great thing about a plan is that it can change on a dime!

Excerpt
Cal watched her another minute.  “You’re a stubborn little ball of fury, aren’t you?” he asked as he watched her try to attach the tool to the lug nut, wincing as the metal slipped for the second time in a row.

Melody took a deep breath before she slowly turned to face her tormenter.  “I was brought up believing that a girl should be able to take care of herself.  I forgot that lesson for a little while and almost made a mistake I could never undo with a man I’d rather forget.  I’m not ever going to repeat that experience again. So, to answer your question, yes, I’m a stubborn little ball of fury.  Now, will you please go on your merry way?”

Cal finally gave into the urge and laughed, earning himself a cold look from the woman currently on her knees.  “Careful, Princess.  I’m gonna get a complex here because it’s beginning to feel like you don’t like me very much,” he taunted her with a wink.  Seeing her press her lips together tightly, he knew she was fighting the urge to scream bloody murder at him.  Squatting beside her, he met her fiery gaze.  “Cat got your tongue, Pretty Girl?”

“No,” she declared with a shake of her head as she looked from him to his jacked up truck.  “Do you mind if I ask you a question?”

“Ask away, darlin’,” he invited silkily with a ready nod.  “I’m an open book,” he declared, holding his muscular arms out to his sides.  And it was true.  The book on him was open; it just happened to be written in code, he thought to himself as he gave himself a mental pat on the back for his own wittiness.

Melody offered him a deceptively sweet smile.  “Is it true that men use big trucks to compensate for smaller endowments in, well,… other more intimate areas?” she asked, dropping her voice to a conversational whisper as she gave his crotch a rather pointed look.

Cal guffawed.  “Are you asking me if I’ve got a tiny dick, Princess?  Because I can tell you with a hundred percent honesty that the size of my cock and the size of my truck are very directly related.  They’re both big and bad, but if you don’t believe me, I’d be pleased to give you a private showing.”

Melody’s jaw dropped at his audacity.  “You… you just can’t say things like that!” she blustered, blushing furiously as he laughed in her face.

“I just did.  Besides, you started it,” he accused, propping his hands on his narrow hips as he leaned forward and stared her down.  “Don’t dish it out if you can’t handle having it spoon-fed back to you, Princess.”  Damn, Cal privately mused, he hadn’t had this much fun with a woman with her clothes on in years.  He couldn’t help wondering how exciting she’d be with her clothes off.  He definitely be making it a point to find that out as soon as humanly possible.

“I revert to my earlier statement.  You are a pig,” she reiterated with a disgusted shake of her head, her ponytail flying over one shoulder to smack him in the face as she moved.

“Maybe, but you’re just mad that you can’t seem to get one-up on me.  Not used to a man that will stand his ground and fight with you?” he asked, fishing for a response from her.  He wanted to know just how much she’d reveal about her ex-fiancé in casual conversation.  Her brother didn’t think there’d been any kind of physical abuse and based on her reactions to him, he tended to think RJ was right, but he wanted to be sure.  Because if he was wrong, she wouldn’t need his protection because he’d simply kill the motherfucker and be done with it.

“My former fiancé didn’t fight.  It was too low-class a thing for him to do.  He used to call our arguments spirited debates.  My ass, they were debates.  Freaking moron.  A fight is a fight, right?” she asked as she grunted with exertion while she tried to pry one of the lug nuts loose.

“Right,” he agreed with a nod, sighing as her tool slipped again.  “Politicians have….what did you call ‘em?  Spirited debates?  Real men and women fight.”

“See, that’s what I thought, too.  But maybe that was the problem,” Melody muttered as she twisted the tire iron sharply, silently cursing the tight bolt.  “I always did think Bradley had political ambitions.  God knows that it’s what his dear old mommy and daddy wanted for him,” she continued to growl through gritted teeth as she twisted the tire iron violently.  “Eureka!” she shouted when the bolt moved a few millimeters. “Did you see that?  It moved,” she yelped, as her body made a tiny celebratory shimmy.
Cal chuckled softly at her little dance.  “Sounds like this Bradley fella was kinda a douche,” he surmised, carefully watching Melody’s face.

“That is the understatement of the frickin’ year.  Heck, maybe the decade, too,” Melody muttered, lifting one hand to take a swipe at her sweaty forehead.

Edging toward her, Cal tried to make a grab for the tool in her hand.  “Seriously, babe.  Let me do that for you,” he demanded gruffly, afraid she was going to either damage the wheel well or herself with her rough use of the tool.

“I’m about done warnin’ you, Stranger, so I’ll try and be real clear one last time.  You try to touch my tire iron again and I’m gonna introduce it to the side of that hard head of yours.  Repeatedly,” she informed him grimly while she desperately tried to loosen the second lug nut.  “And, for the record, let me just state that I am most certainly NOT your babe,” she huffed, panting with exertion.

He could see her energy waning and shook his head.  “You’re completely right, you aren’t my babe,” he agreed, covering Melody’s icy hands with his as she growled fiercely at the tire.  “Right now, you’re more of my pain in the ass, woman,” he continued, his hands tightening on hers as he helped her turn the lug nut. “This’d be so much easier if you’d just let me do it,” he stated again, afraid he was going to hurt her hand by squeezing it too hard.  “Honest to God, sassy, sweet and stubborn is not the sexy combination I thought it would be on you.”

REVIEW BY TABITHA
There is literally not one thing I would change about this book. If you haven't read these ladies' Paradise books you are seriously missing out. I mean honestly the women are sassy, sweet and hilarious and the men are all out alpha and this book was no different. I swear every time I read one of these books I think there is no way I am going to love the next more and every single time I am proven wrong. I am quite frankly very in love with Cal and Melody's sassy and fiery attitude is awesome. I always find myself blushing one minute, laughing so hard I'm in tears the next, wondering what in the world is going to happen next, and then I'm "awwwwing" too because it is just that sweet. I don't know how you ladies do it, but please keep it up!! I recommend this book and all the others. If I could give this book more than 5 AMAZEBALLS stars I definitely would! Such a fantastic read!!! 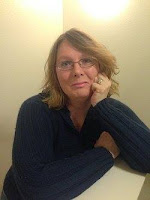 Sarah O’Rourke is actually two besties who live three states apart and write at all hours of the day and night! Born and raised in the Southern United States, they are overly attached to their one-click accounts, can’t make it through the day without copious doses of caffeine, and spend way too much time on the phone with each other.

Between them, they have four children and eighteen years of marriage...one to a super soldier and the other to egomaniac engineer. They hate empty chocolate wrappers and writer’s block, love to talk to readers...and oh, by the way, they write about strong, kick-ass women and hot alpha heroes!