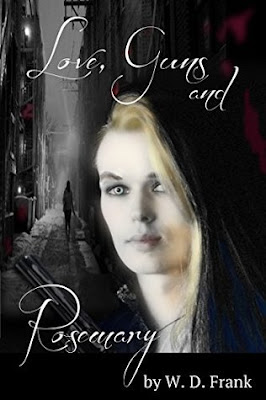 by W.D. Frank
When Klaus Elric, a brilliant yet chemically imbalanced gangster returns to his hometown after seven long years, he isn't expecting to find happiness. However, the simple task of tormenting indebted gamblers quickly lands him in bed with his soulmate, Rosemary Spencer, a vicious and volatile enforcer haunted by the degrading memories of a helpless child. Consumed by equal parts blood-lust and ambition, the love-struck pair suddenly find themselves on the hazardous path towards power. Yet, sins never die and the remnants of Klaus' twisted past soon emerge, threatening to reduce what is left of his crumbling sanity to ashes. Klaus' only hope seems to be the new-found love of his life, yet can Rosemary save him from himself when she is confined to a hell as corrosive as his own? 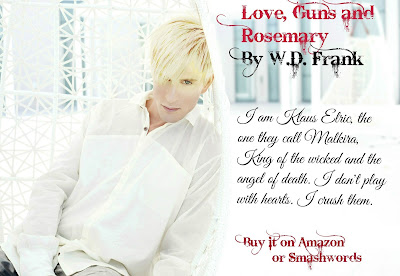 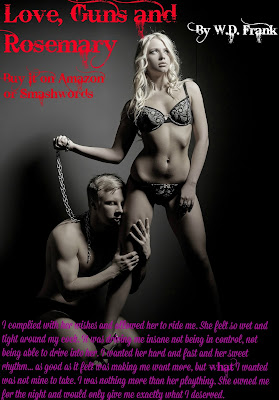 Believe it or not, W.D. Frank has lived just about everywhere in the United States. He harbors an extraordinary obsession for exotic pets and currently lives in a gloomy apartment with his deranged partner, Klaus, his devilish cat. He has been writing professionally since he was 18 and he likes to write surreal fiction. His debut in the World of publication is a dark romance novella. "Love, Guns and Rosemary" is a twisted love story that promises to keep you on edge till its very last page. The first book of his fantasy trilogy titled "Lucifer's Ladder ~ God of the Fallen: Book One" is currently being under the consideration of a mainstream publisher. His latest work in progress is called "Adel's Crossing" and it is a tale of greed, sex and survival. Several of his poems and short stories have featured on online literary magazines.
When he is not writing, he enjoys reviewing video games for a computer magazine and taking part in theatrical performances.
Posted by Gia Guido at 9:00 AM