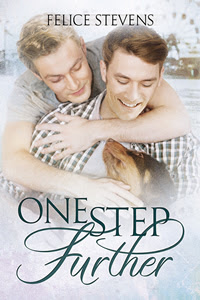 One Step Further
Blurb:
Alex Stern has it all; good looks, charm, a job he loves and everyone calls him a friend. He lives life to the fullest at a breakneck pace, in the city that never sleeps. Alex is also a master pretender; not even his best friend sees the pain that Alex hides so well. Alex himself isn’t sure who he is or what he’s searching for, he only knows that he hasn’t found it yet.As a veterinarian, Rafe Hazelton loves each animal that crosses his path; they don’t care if he stutters a bit or that he prefers men. Their love is unconditional, but his life is still empty; they can only give him so much. New friendships convince him it’s time to break the wall of loneliness he’s hidden behind since childhood and discover what he's been missing.Alex and Rafe forge a friendship that turns physical, and they both swear that the relationship will last only as long as the fun does. But when old heartaches come to light and secrets hidden for years are revealed, Alex and Rafe discover if they accept what’s in their hearts and take it one step further, the greatest reward is waiting for them in the end. 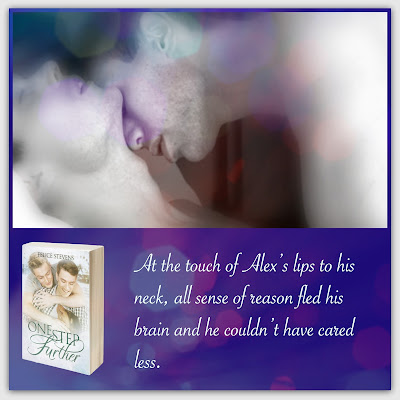 It is on Kindle Unlimited-here is the Amazon link
http://amzn.to/1BOysU9

I have always been a romantic at heart. I believe that while life is tough, there is always a happy ending just around the corner. I started reading traditional historical romances when I was a teenager, then life and law school got in the way. It wasn’t until I picked up a copy of Bertrice Small and became swept away to Queen Elizabeth’s court that my interest in romance novels became renewed.

But somewhere along the way, my tastes shifted. While I still enjoys a juicy Historical romance, I began experimenting with newer, more cutting edge genres and discovered the world of Male/Male romance. Once I picked up her first, I became so enamored of the authors, the character-driven stories and the overwhelming emotion of the books, I knew I wanted to write my own.

I live in New York City with my husband and two children and hopefully soon a cat of my own. My day begins with a lot of caffeine and ends with a glass or two of red wine. I practice law but daydream of a time when I can sit by a beach somewhere and write beautiful stories of men falling in love. Although there is bound to be angst along the way, a Happily Ever After is always guaranteed.