Release Blitz for We Two Shall by Esther E. Schmidt

Title: We Two Shall
Series: The Ryckerdan Trilogy #2
Author: Esther E. Schmidt
Genre: Royal/MC Romance
Release Date: June 15, 2021
BLURB
Windsor - The load of information about my background is hitting me full force. How does one deal when everything you thought was true turns out to be a lie? There’s only one solid pillar I trust in my life right now; the woman who holds my heart. And it’s exactly why her life hangs in the balance if she stays by my side.
Linnette - Some say love is easy. They’ve clearly never had to face not one, but two mafia families fighting to put their blood on the throne. A war has been declared, and we have to save not only the man who holds my heart, but a whole country along with it. All is fair in love and war, until your life is hanging on by a thread.
We Two Shall is book two in a royal romance trilogy set in a biker world where mafia collides with justice.
ADD TO GOODREADS 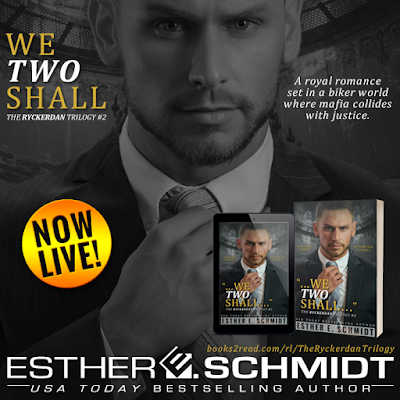 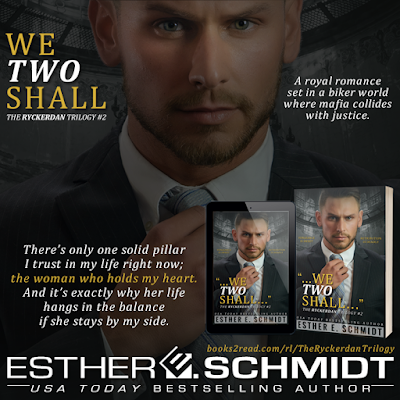 EXCERPT
“Weirdly enough this change from luxury isn’t as uncomfortable as I would have thought,” Romy states and sinks down into a large chair near the window as if there’s fifty years added to his age.
My gaze slides to the window and in the distance, I can see a large row of bikes.
“Same here,” I agree.
Linnette and I have been staying at the Broken Deeds compound for the last couple of days. When Romy was healthy enough to get out of the hospital, Spence included him on the list of people to keep safe, and he was transferred here as well. Who would have thought there was such a thing as making a list of people in my life that needed protection?
“Your grimace gives me the impression you don’t quite agree.” Romy chuckles and repositions himself.
Clearly, he’s still sore from the beating he took. Strapped to a chair and tortured because he’s my friend. And if life isn’t twisted enough, I have my biological father breathing down my neck. He’s leaving for Ryckerdan in two days and is practically demanding I go with him.
The handful of meetings I had with Benicio always ended when he brought up Linnette. Or rather the other woman he’s arranged for me to marry. Because it’s my duty as king to have a wife born and bred in Ryckerdan who has eaten from a golden spoon and has been groomed to be a king’s wife.
“Benicio wants me to go with him in two days and demands I leave Linnette behind.”
Romy keeps staring at me but doesn’t reply to the words I just threw at his feet.
“Spence wants me to go. He’s also asked me to get Benicio to sign off on papers to allow Broken Deeds MC jurisdiction in Ryckerdan.”
Romy whistles low. “Damn. As if you didn’t already have issues pulling you in every direction. Did you ask Benicio yet?”
Another grimace hits me. “He’s only signing off if Linnette doesn’t enter the country.” 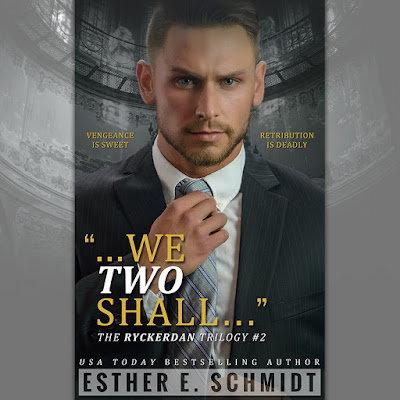 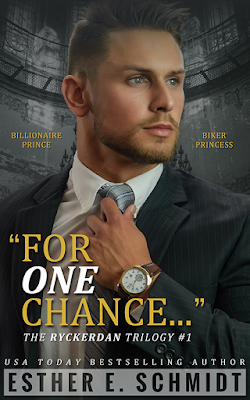 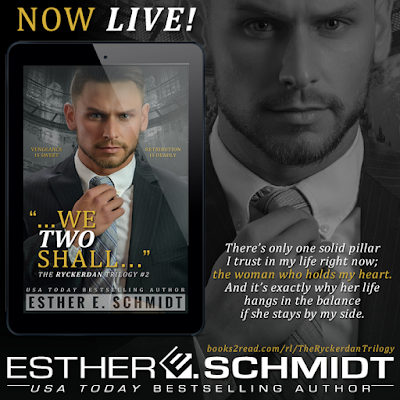 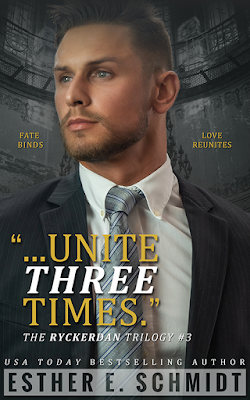 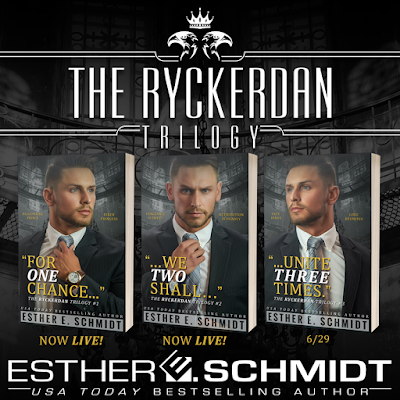 AUTHOR BIO
Esther E. Schmidt is an USA Today bestselling author who loves to write MC (biker) series, Mafia Romance series, PNR series, contemporary romance series, and more. She's a graphic designer that also loves to write. She released her first series "Areion Fury MC" in October 2015. Esther lives in The Netherlands with her family, three daughters, a dog, and a crazy iguana. She loves to write about bad boy Alphas with a heart for only one woman. To make it a bit interesting, that woman needs to be a badass herself.
AUTHOR LINKS
WEBSITE
FACEBOOK
TWITTER
INSTAGRAM
PINTEREST
BOOKBUB 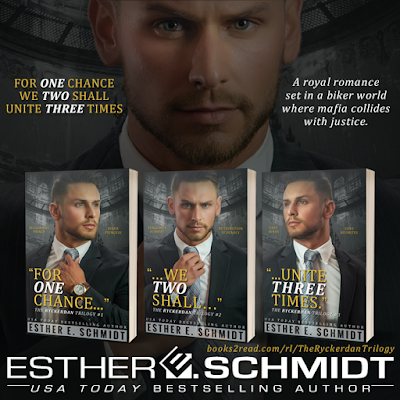