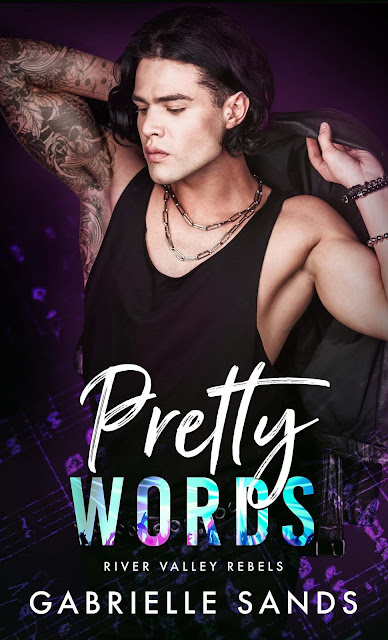 On the eve of my eighteenth birthday, I fell in love with a rock god.
Light-haired, green-eyed, and carved to heavenly perfection. Oliver. He’s the guitarist of Ritual Disruption, and he writes songs that are as devastating as him.
Who would have thought that I, Ivy Abbott, would capture his attention? On tour with my brother’s band, Bleeding Moonlight, I hear what they say about me. Boring, shy, straitlaced. Compared to my famous sibling, I’m nothing special.
They’re wrong.
After all, what’s more special than being chosen by a god?
But where gods go, demons follow…
Jamie’s shared the stage with Oliver for years, but they’re nothing alike. He’s dark where Oliver’s light. Jamie claims his bandmate is nothing but a fraud who wants to use me and toss me aside. I don’t believe him, no matter how much he insists he only wants to help me. Jamie is an addict who steals kisses and spreads dirty lies.
Lies. Lies. Lies.
Or so I tell myself. 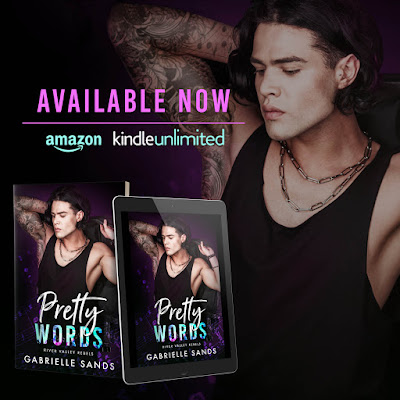 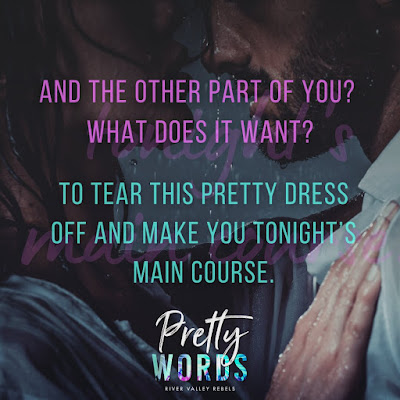 EXCERPT
The man’s features came into focus frame by frame. Long, booted legs crossed at the ankles. Elegant hands resting on black jean-covered thighs. Narrow waist, wide shoulders, and a tattooed neck. My gaze landed on his face, and I froze in place.
He was the most heartbreakingly handsome man I’d ever seen.
I could barely breathe as I took in his blond hair, light brows, and aristocratic features that the boys of my dreams couldn’t hold a candle to. When he tipped his head back to laugh at something the blonde on his right said, my gaze licked along the sharp edge of his jaw as if it were a lollipop, and I’d never tasted sugar before.
Suddenly, he glanced at me and our eyes met. We were still at least ten feet apart, but it was as if the distance between us folded in on itself and shrank to nothing.
I’d never believed in love at first sight. That was something reserved for fairytales and romcoms, not real life. But as I looked at this man, everything inside of me seized in a way I’d never felt before. It was as if my body was telling me everything I’d believed up until now had been a lie.
There was only one truth in this world. And that was him.
The arrogant smile on his face melted away to make room for a tantalizing smirk. Inch by inch, his gaze moved from my face to my collarbones, across my chest, and all the way down to my shoes. When his eyes sprung back up, I prayed that by some act of God, he was as affected as I was.
Dismissing the two girls with a flick of his hand, he placed his elbows on his knees and beckoned me closer with his fingers. My steps moved with the music, each one impossibly loud in my ears, as if counting down moments until nothing would be the same ever again. 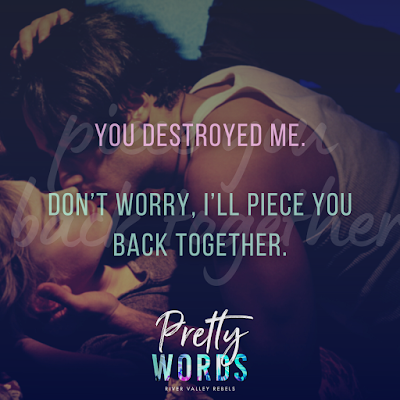 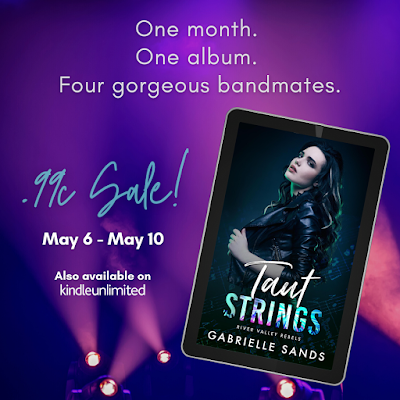 Gabrielle Sands is an author who loves writing romantic stories with dark themes and strong heroines. Her characters take control of their lives and find love in the process.
As an avid reader, Gabrielle is inspired by books across a multitude of genres: contemporary romance, reverse harem, paranormal romance, fantasy romance, high-fantasy, grimdark fantasy, science fiction, literary fiction, and so much more.
Before becoming an author, Gabrielle spent nearly a decade in business, learning all about strategy and spreadsheets. She loves traveling and living in new places with her husband. Her favorite countries to visit are Mexico, Spain, and France. When she's not writing or planning her next trip, she's probably eating something with cheese on it and drinking wine.
AUTHOR LINKS 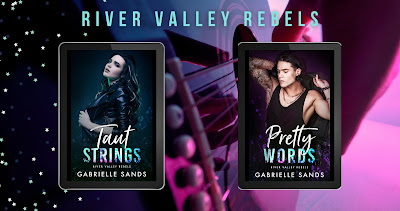