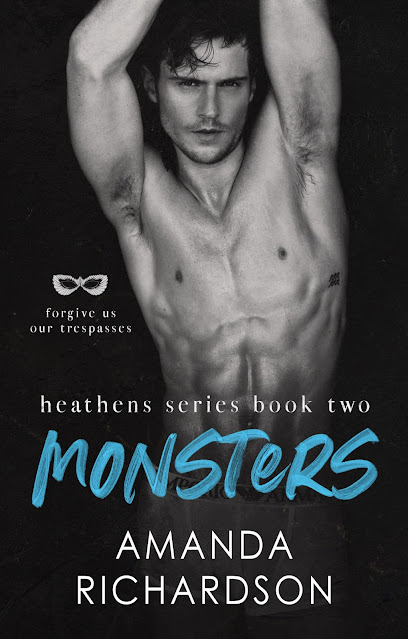 Can I destroy the monsters without becoming one?
Evelyn Snow is impenetrable—daring, defiant, and oftentimes reckless. After escaping the worst thing imaginable, tempting death brings her solace. Now a student at Oxford, she’s trying to move on. The last thing she expects is an invitation to the Blackfriars Brotherhood—a secret society based in London. It’s a proposition she can’t pass up.
Benedict Martin is the son of a monster. Attempting to distance himself from his father, he moves to London and reinvents his life. When the past comes back to haunt him in the form of Evelyn Snow, he knows he should keep her safe, push her away—but he can’t help but admire her courage and resilience. Instead, he invites her to join him in the darkness.
When they finally surrender to the scorching connection between them, it’s a fight between carnal depravity, vengeance, and forgiveness—one neither of them knows the outcome of until they’re staring the enemy in the eyes.
Maybe monsters are born—or perhaps they can be honed.
MONSTERS is book two of the HEATHENS series. It is highly recommended that HEATHENS (book one) be read first for the best reader experience. 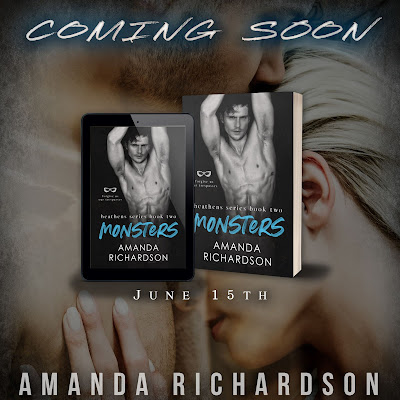 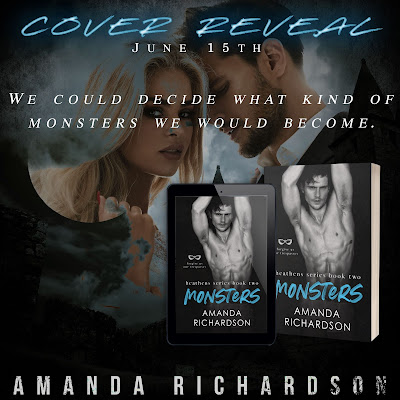 EXCERPT
“When is the last time you let a man pleasure you like that?” he murmurs.
I stiffen, and he must notice, because he lowers his hand.
“How come?”
I shrug, my breath heavy. “I haven’t wanted to.” I don’t have to speak the rest of the sentence.
He’s quiet for a few seconds. The emphatic sounds all around us cause me to break out in a cold sweat. Being here, with him, talking about this…
“And now?” he asks, once again pulling me in by my waist.
I close my eyes. I have survived. I have risen from the ashes, triumphant, powerful. My past will not dictate my future. I am sick of being afraid. Of being angry. I want this—all of this. And it’s natural. I am human, after all. And Benedict knows how to maneuver that part of me—he knows how to pull my strings, manipulating my body so subtly with his rough fingers, grazing my skin so, so gently…
And the most surprising thing about all of this is that I want him to.
“Yes,” is all I say, raking my nails against his forearms. He lets out a low rumble.
A faint roaring sounds in my ears when his hand moves underneath my shirt, grazing my taut nipple against the thin mesh of my bra. The sound of people grinding against each other is drowned out by my heartbeat as he slowly moves his thumb in circles. A heavy ache pools in my core, sinking lower, moving deeper, with every movement of his thumb against my breast.
“Go to my office,” he commands, twisting me around so that I’m facing him. The look on his face makes me gasp. His pupils are dilated, and his eyes are glazed, hooded—edged with some kind of blazing darkness.
He looks like a man coming undone at the seams.
I nod and march confidently to the door we came out of, despite my ragged breathing; despite my chest visibly rising and falling. My knees are wobbly, so I sit on the velvet couch and take a few steadying breaths. If someone had a match, I was sure that I would burst into flames if they came too close. I am combustible. My underwear is soaked, and I squeeze my legs together as I wait.
A few minutes later, the door flies open, and Benedict is there—breathing heavily, hands opening and closing. He slams the door shut before turning his attention to me. I slowly stand, facing him with every ounce of resolve I have.
I’m being hunted, and he’s the predator.
“I hope you know what you do to me,” Benedict says, his voice low. He’s so different from the man I spent the weekend in Paris with. That man was lighter, happier, more carefree. But the one before me now? He’s dark, troubled, haunted. “What you’ve always done to me.”
“I—”
Before I can say anything else, he moves towards me and pushes my body against the vanity, his arms on either side of my shoulders. He lowers his face to within an inch of mine. I audibly gasp as his body collides with mine, the heat flushing through me despite what my mind is screaming at me. I can feel his erratic heartbeat, and I know he’s as unnerved as I am. Impatient—fervent.
His lips slam against mine, and he pins my hands behind me, gripping my waist with the other hand so that there’s not a sliver of space between us. He fanatically pulls me closer, pushing and pulling with every breath, every stroke of his tongue in mine, our bodies colliding and sliding against each other. My core tightens, and the space between my legs swells, so that every movement feels exquisite. His tongue darts into my mouth, and I whimper as he parts my lips. With every inhale, he tries to pull me closer, and with every exhale, he pushes me away—like he’s trying to breathe me in.
Like he’s trying to consume me. 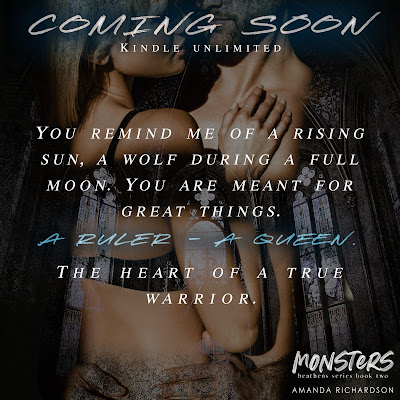 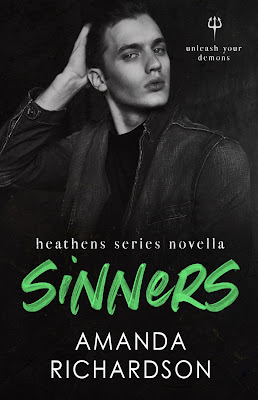 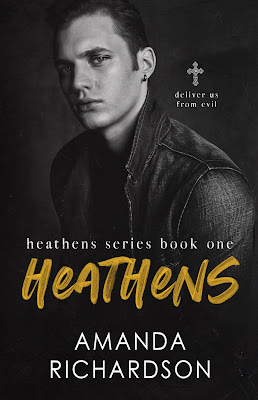 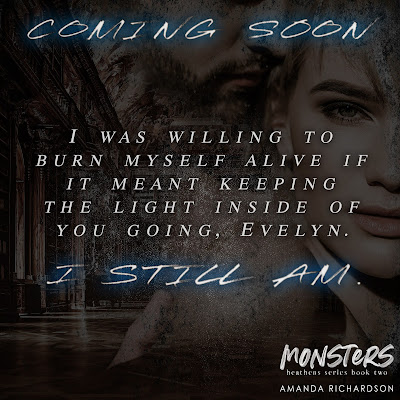 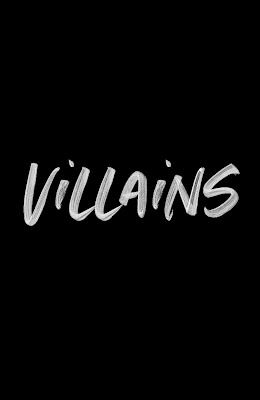 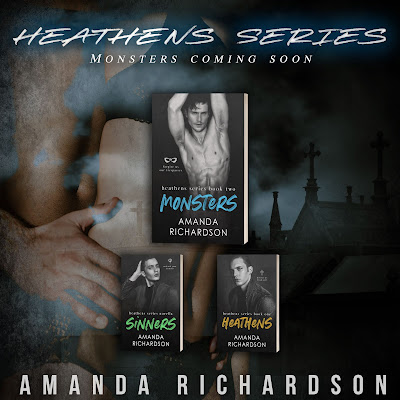 Amanda Richardson writes from her chaotic dining room table in Los Angeles, often distracted by her husband and two adorable sons. When she's not writing contemporary and dark, twisted romance, she enjoys coffee (a little too much) and collecting house plants like they're going out of style. 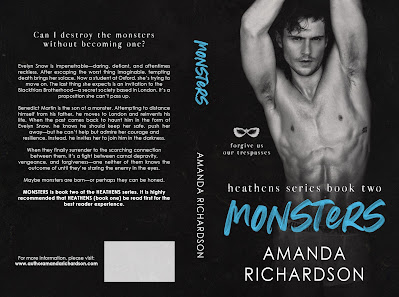