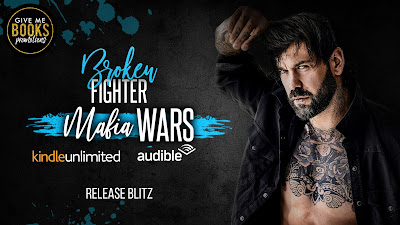 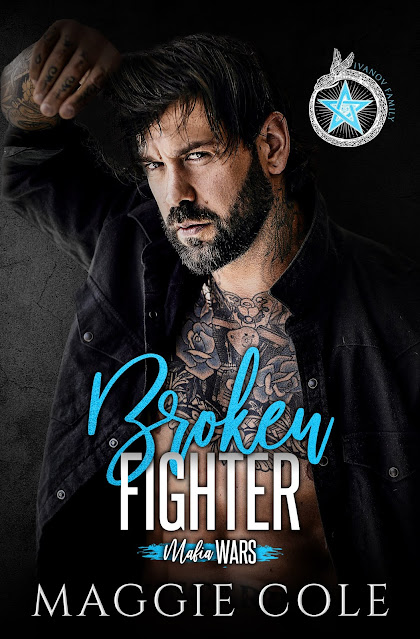 He’s my brother’s best friend, a Russian killer, and boxer with no ties to the O’Malley crime family—my family.
I’ve loved and studied him forever. I witnessed him change when I was only thirteen. He doesn’t know I’m aware he kills, or how I notice once a year he gets a call and disappears.
For years we fight our attraction. One night, we succumb to our desire.
Every touch he gives me is electric. Each moment deepens our addiction.
If it were only us, life would be perfect.
Unfortunately, our union creates targets on our backs from multiple crime families. It puts our loved ones at greater risk. Wars from each of our enemies now plague the O’Malleys and Ivanovs.
Every time the annual call comes to pay off his debt, he crumbles further. I’m not sure how much more either of us can take.
He’s my broken fighter…
Broken Fighter is the jaw-dropping second installment of the Mafia Wars series. It’s an interconnecting, brother’s best friend, stand-alone Dark Mafia Romance, guaranteed to have an HEA.
ADD TO GOODREADS 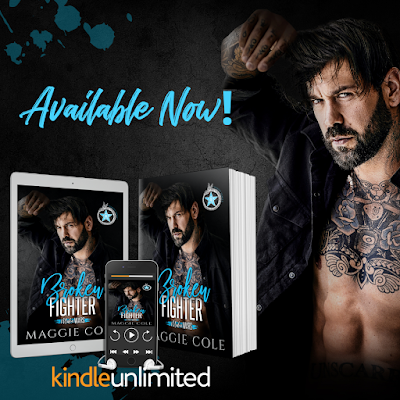 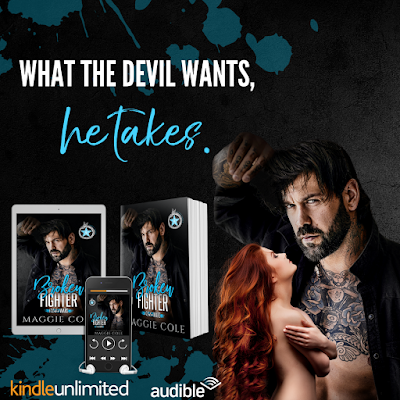 TRAILER
EXCERPT
We had a conversation once. I caught her in a weak moment. She drank too much at her older brother Sean's funeral. Killian and his other brothers were too distraught to notice she went off. I followed her, worried. She told me she could see the killer in my eyes and not from the boxing ring. "You've killed men. I saw the change in you years ago. You were seventeen."
I stood in shock then tried to cover it up. "You don't know what you're talking about. You're drunk."
She sadly laughed, and through tears, said, "I'm an O'Malley. I see all the males in my family morph from boys to men and what that means. And no matter what you do, Boris Ivanov, I see you. The real you."
To this day, I'm unsure why I did what I did next. Touching her opened Pandora's box. It was a dip into the well of pleasure I craved but couldn't have. I tucked her silky red hair behind her ear and possessively cupped her porcelain cheeks, as if she were mine, wiping her tears with my thumbs. "Then you should want to stay away from me."
More tears fell as her green eyes pierced mine. "Why?"
"You know why."
"I've tried. You keep coming in to see me." It was an intoxicated admission. She wouldn't have ever said it if she weren't. But there it was, out in the open. I wasn't imagining things. She wanted me as much as I was dying to have her. And she knew I wasn't only coming to see Killian.
If she hadn't been drunk, I wouldn't have stopped myself. The craving I had for her deepened with the unhidden truth. I would have put my mouth over her hot, juicy one and tasted everything I had been obsessing over.
I was still fighting the lust within me when the sound of the metal door shutting, followed by my brother clearing his throat, pulled me out of my dilemma. I released her and spun.
"Killian's looking for you," Dmitri said. I avoided his "what the hell are you doing expression" and went inside. But the damage was done. I had gotten too close to everything I had banned myself from having. I told myself to stay away from her. I couldn't even last twenty-four hours. The next day, I went straight back to Nora's pub, pretending to look for Killian, knowing he wouldn't be there but she would.
Time did nothing to quench our attraction. Anything with her was taboo in too many ways. Our families shouldn't mix, besides Killian and my friendship. It doesn't matter if she and her brothers try to stay out of the O'Malley crime family business. It's in their blood. No matter how hard they try to escape it, I see what's coming. 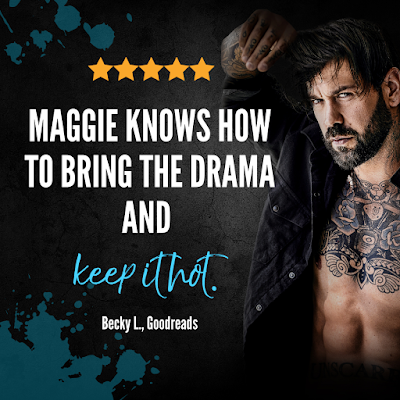 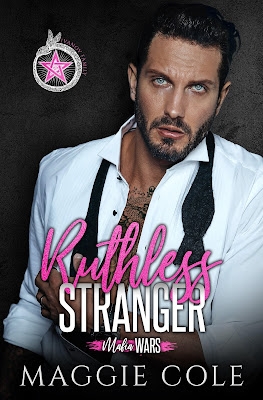 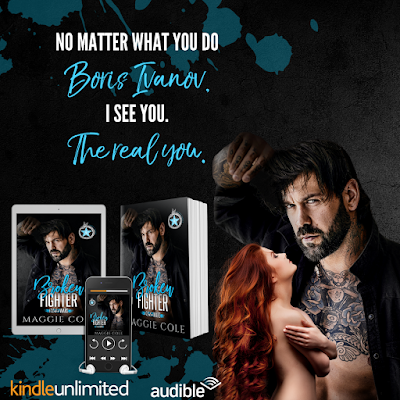 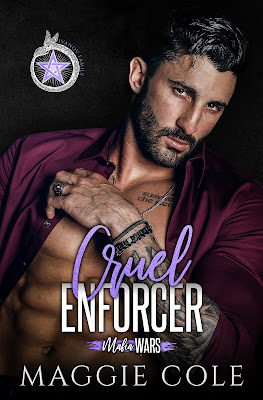 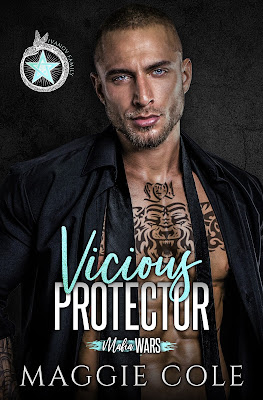 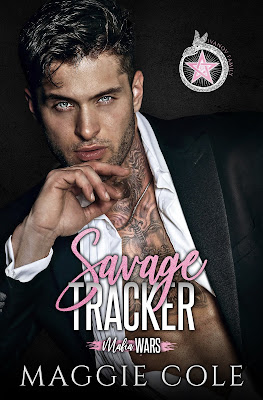 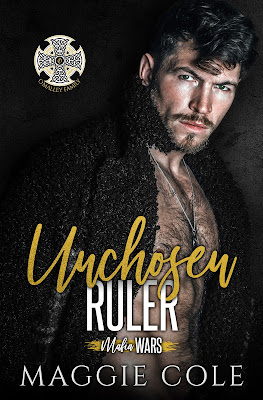 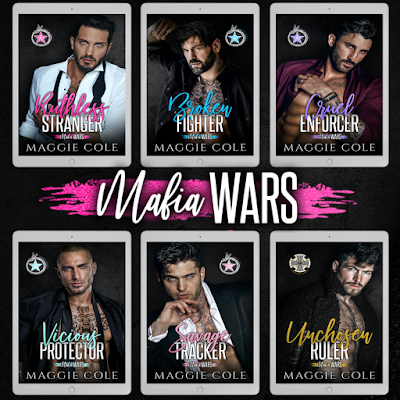 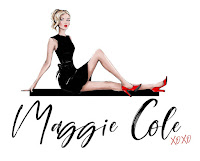 Maggie Cole is committed to bringing her readers alphalicious book boyfriends. She's been called the "literary master of steamy romance." Her books are full of raw emotion, suspense, and will always keep you wanting more. She is a masterful storyteller of contemporary romance and loves writing about broken people who rise above the ashes.
She lives in Florida with her husband, son, and dog. She loves sunshine, wine, and hanging out with friends.
Her current series were written in the order below:
All In (Stand alones with entwined characters)
It's Complicated (Stand alones with entwined characters)
Together We Stand (Brooks Family Saga - read in order)
Behind Closed Doors (Read in order)
Releasing now: Mafia Wars 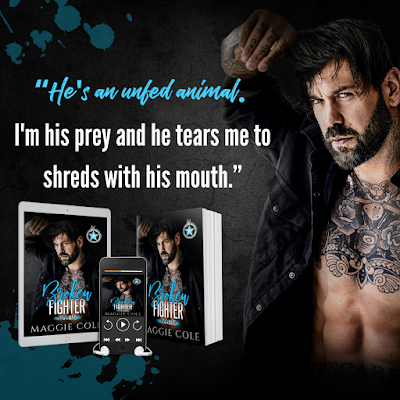