Release Blitz for Thirteen Hours to You by Annie Emerson 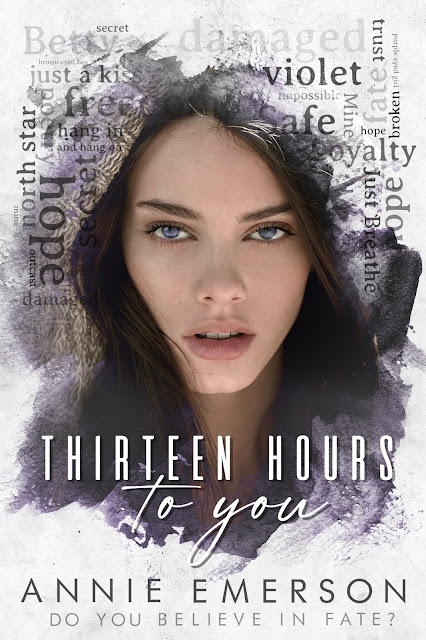 For seventeen years I’d lived in Adalita, Pennsylvania, a town that took pleasure in my torment and refused to leave me as anything but broken. ⠀⠀⠀
Four months ago, I left. ⠀⠀⠀
I’d driven thirteen hours to Everlee Falls, ⠀⠀⠀
Georgia, to live with my Gamma for senior year. I’d moved to give myself the chance to fall in love with a life that I’d missed out on for far too long.⠀⠀⠀
I’d expected to find hope, ⠀⠀⠀
I’d hoped to find freedom, ⠀⠀⠀
but I’d never expected him.⠀⠀⠀
I was too damaged to recognize the beginning.⠀⠀⠀
But all it took was a moment, and he was positive he’d invade every one of mine. ⠀⠀⠀
If I pushed, he pulled. If I ran, he followed.⠀⠀⠀
I was his fate.⠀⠀⠀
Meekai was my north star.⠀⠀⠀
I was what he chose to remember.⠀⠀⠀
He was a goodbye my soul refused to forget.⠀⠀⠀
*Trigger Warning: Please be warned, this duet includes scenes of sexual assault and sensitive subject matter. 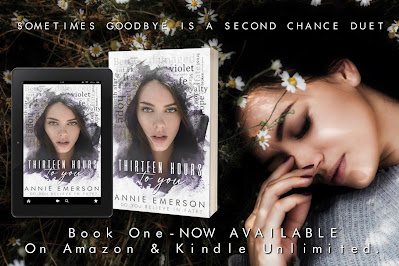 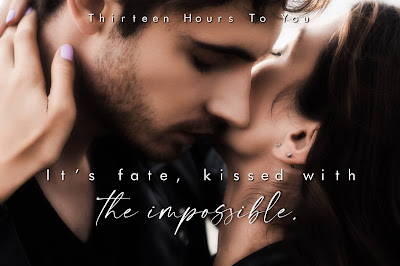 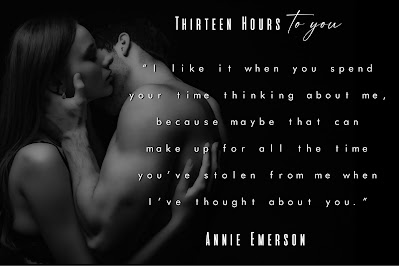 EXCERPT
He drew back and took a fake bullet to the heart before his features sobered and lingered back towards me, all humor gone. ⠀
“What would happen if you kissed me?” he questioned with genuine curiosity. ⠀
“Things would get complicated, that's what.” ⠀
I wasn’t lying, they would, but I was ready for the complication. Hell, I tried to complicate things twenty-four hours ago, but he refused me like a gentleman. The sting of his refusal wounded me, even though I agreed with the reasoning behind it. ⠀
“Complicated doesn't mean wrong, it just has its challenges,” he argued. ⠀
“It’ll get weird, and I'm not up for weird.” ⠀
He leaned forward, back on all fours, edging closer. Too close. I stopped breathing. I couldn't move. The banter had suddenly teetered off, I could feel the shift as it turned the room upside down, my heart inside out.⠀
“Well, I want to kiss you,” he pushed. ⠀
The hairs on my arms flared and stood to attention as his energy invaded my own. “I want the awkward bits. I want the we can't leave one another alone bits. I want to know what you taste like. I want to know what you sound like when you moan your complications into my mouth. I want to get really weird with you.” He kissed the tip of my nose, asking one more time. “Pretty please, Violet. Let’s get really weird and a whole lot complicated.” 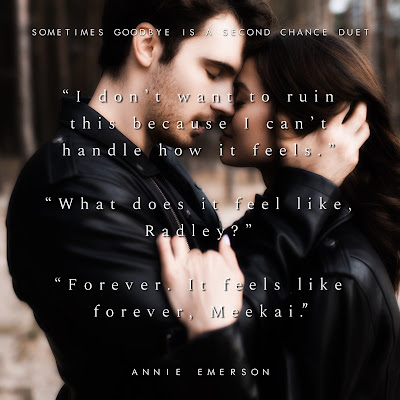 Annie Emerson is an Australian author who started writing poetry at the age of fourteen. Poetry turned into lyrics, lyrics turned into music, and music crossed over into novels. The words became too big to contain, and she finally gave into her biggest dream to become a professional writer.
Thirteen Hours To You is Annie’s debut novel and book one in the ‘Sometimes Goodbye is a Second Chance Duet.’
Annie writes with a poetic lilt, and loves to create characters that are relatable, perfectly imperfect, and a little bit lost. She only believes in writing happily ever afters, because real life doesn’t write enough of its own. But that doesn’t mean it won’t be less than a whole lot bumpy as the characters she writes find their way. 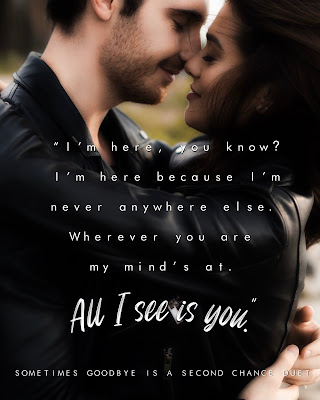