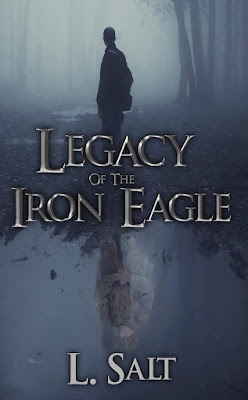 Legacy of the Iron Eagle

Philip Rutkowski, a son of a Polish immigrant, “enjoys” all the benefits of big city life—a boring, routine office job, the everyday long commute, a massive mortgage, and rare nights out with a few friends.

Everything changes for Philip, when his colleague and best friend, David Zilberschlag, gives him a vintage mirror to help his friend to decorate his newly-bought apartment.  The mirror belonged to David’s deceased granddad, a Holocaust’s survivor, who believed that the mirror hides some dark secrets from the past.

Both friends don’t believe in old man’s “fairy tales”, but when Philip continues to see visions of a German SS-officer in the mirror who tries to talk to him, he has nothing to do, but to try to find the answers to the questions he doesn’t know.

The investigation leads the two friends to a tiny town of San Augustine del Agua, hidden deeply in the woods of Misiones Province (Argentina). There, they meet Claudia Alvarez and her friendly grandparents, the proud members of a huge German community.

Eager to find out the truth behind the mirror, lost in the woods full of evil and possessed by his visions, Philip slides deeply into madness. When Claudia does everything to help him, her own life starts to crumble, revealing secrets that her family prefers to hide, whereas David is more concerned about his own benefits.

It seems this time evil is about to win… 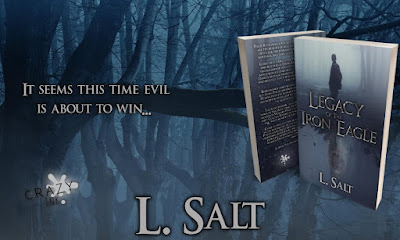 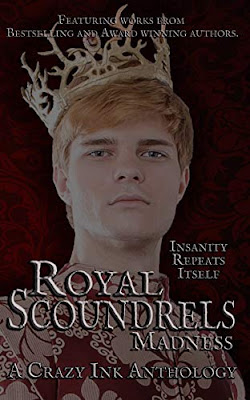 
L. Salt is an emerging, multi-genre writer from the UK.  She studied History of World Culture and did Master’s Degree in Art Expertise at the St. Petersburg University of Culture and Arts.
She was born in Belarus and has lived for many years in Ukraine and Russia, then finally settled down in the North of England, where she currently lives with her husband.  L’s interest in writing dates back to her teenage years. Apart from creative writing, she has a passion for travelling, arts, history, and foreign languages.
Her debut novella “His Personal Reich” was release on April, 26 by Crazy Ink Publication. Her novel “The Ways We Follow”, a futuristic urban drama inspired by the glorious city of St. Petersburg, where the author has lived for almost ten years, was released on May, 25 by Wild Dreams Publishing. Her short stories appeared in different anthologies.
https://www.amazon.com/dp/B07PF6Z31L
Media links:
Facebook author’s page : www.facebook.com/saltandnovels
Blog: www.saltandnovels.wordpress.com
Amazon author’s page: www.amazon.com/author/saltandnovels
E-mail: saltandnovels@gmail.com
Goodreads: www.goodreads.com/author/show/17915818.L_Salt
Facebook group: https://www.facebook.com/groups/608692496170838/
Posted by Gia Guido at 9:00 AM