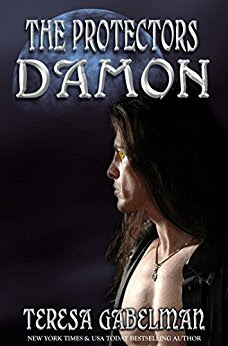 Damon (The Protectors) Book 1:
Damon DeMasters is a vampire warrior who has taken an oath to not only protect his own kind, but humans as well. Crimson Rush is the new drug and it’s their duty to find who is behind the selling of vampire blood and stop it. As a social worker, Nicole Callahan fights for the right of every child placed in her care. There’s a war now as vampires have stepped out into the spotlight taking their place in society and the children are at the heart of it all. Damon and his fellow warriors have been ordered by the Vampire Council to train Nicole and her colleagues against the dangers they now face in their new world. Even as sparks fly and tensions mount, Nicole and Damon depend on each other to protect the children of both races -
AMAZON -http://amzn.to/2aYDS8q
B&N - http://bit.ly/1zjyFtN
Kobo- http://bit.ly/1UkPnT7
smashwords-
https://www.smashwords.com/books/view/108971
Itunes-http://apple.co/1KywN4k
Audio-  http://amzn.to/2jULQhN 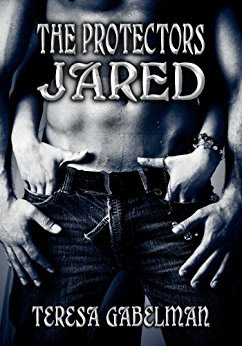 The VC Warriors are an elite group of vampire who protect innocents, whether human or those of their own race. Jared Kincaid, along with other Warriors, are shocked when a fiery red head with a gun and attitude, bring news of young teens being turned into an army of half-breed vampires capable of taking out all VC
Warriors. Breaking into the famed VC Warriors compound was
definitely not the smartest thing Tessa Pride has ever done, but she
will do anything for her brother, Adam. The Warriors held the one person
she knew was responsible for her brother being turned into a half-breed
and nothing will stop her from getting what she needs to help her
brother, not even a Warrior whose eyes could make her melt with one
look. Jared and Tessa join forces in a desperate scramble to find
who is responsible. With a war between Warriors and half-breeds
brewing, suspicions of traitors in their midst put the lives of everyone
involved on the line -
AMAZON - http://amzn.to/2b0DN0z
B&N - http://bit.ly/1wnvm4A 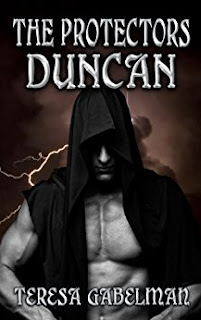 Leader of the VC Warriors Cincinnati branch, Duncan Roark, has devoted his long life to the Warriors he calls brothers and the Vampire Council, protecting innocents of both the vampire and human race. Things change suddenly when it is ordered that he and his fellow Warriors train human Social Workers to protect themselves in their new world of vampires. Falling in love with a human was something Duncan never thought possible, but love her he did. Now instead of being the ruthless leader he was trained to be, his focus has turned to finding the woman he loved and let go.
Pam Braxton is outgoing and loves her job working with children, but when she realizes her live in boyfriend, Kenny Lawrence, has been using her and her job for his illegal activities, she becomes withdrawn, and her world is turned upside down. Deciding to take matters into her own hands, she stays, trying to learn more of his betrayal so she could see him punished. That decision sucks her deeper into a relationship that has turned dangerous and abusive. Overhearing a plot that would put everyone she cares about at risk, she finds the courage to try to stop the monster who has threatened her friends and the man she truly loves. Now Pam is on the run, alone and with a secret that could change the already unbalanced world of vampires and humans.
As Duncan searches for Pam, the threat of losing his leadership role has the other Warriors worried, but their loyalty for Duncan is strong and they stand behind him. Duncan’s search is relentless; he knows he is not the only one looking for Pam. Even with his responsibilities slipping, he puts it all on the line to find the only woman he has ever loved. In a race against time, Duncan fights to find Pam before her past catches up to her. The Warrior’s path is clear: Find the woman he loves before the past finds her first.
AMAZON -http://amzn.to/2az1Wc7
B&N - http://bit.ly/1wnvotw
Kobo- http://bit.ly/1KysXbv
Smashwords-https://www.smashwords.com/books/view/339081
Itunes-http://apple.co/1KywN4k
audio:http://amzn.to/2keeM54
http://www.audible.com/pd/Romance/Duncan-Audiobook/B01HIOV8PG/ref=a_search_c4_1_3_srTtl?qid=1467052472&sr=1-3 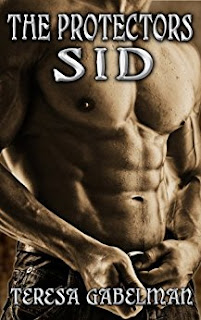 Renowned for his playboy lifestyle and wisecrack remarks, Sid Sinclair knows he is the last pick for the lead investigator of human/half-breed trafficking. Never one to play by the rules, Sid takes his new position seriously, but not without driving the leader of the VC Council and fellow Warrior’s crazy.
A human with a special gift, Lana Fitzpatrick’s life is complicated. When Sid Sinclair charges into her life, her complicated life becomes torturous; his charm and wit draws her in like no other. Having dealt with alpha men most of her life, she is a match made in heaven for the VC Warrior who thinks he is God’s gift to women.
As the world of vampires and humans try to coexist, Sid and Lana’s lives intertwine. It doesn’t take long before the sparks between the two fly and for them to realize they have both finally met their match.

Half-breed vampire, Adam Pride, has an almighty chip on his broad shoulders. Trying to move on after finding Angelina married to another, Adam has a decision to make. Remove the chip and move on or kill the man who took what he wanted most in the world, his Angel.
With his heart in pieces, Adam’s on a mission to become the best VC Warrior he can be. It’s not long before fate steps in, turning his world and life as he knows it upside down. Shocking revelations will realign allegiances and draw the VC Warriors onto a new path. This journey is not Adam’s alone. Every Warrior, half-breed and human will be affected by what is to come. The unknown awaits. The battle has just begun.
Amazon:http://amzn.to/2ann9ug
B&N:  http://bit.ly/1AuG0WB
Kobo-http://bit.ly/1OQo7It
Smashwords-https://www.smashwords.com/books/view/451541
Itunes-http://apple.co/1KywN4k 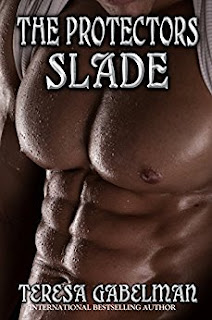 
Highly trained VC Warrior, Dr. Slade Buchanan’s, role between lifesaver and lifetaker has been a constant battle, but nothing prepared him for half-breed VC Warrior trainee, Jill Nichols. Slade realizes his struggles from the past were nothing compared to the difficulty of resisting the woman who could never belong to a man like him.
Being the only female VC Warrior recruit, Jill Nichols, has an uphill battle. Falling for the sexy doctor, Slade Buchanan, has not made the battle any easier, especially when he constantly reminds her and others there will never be anything between them. Working harder than any male recruit, obstacles are thrown in her path, and with each challenge, it becomes clear that the two things she wants most may never be.
Amazon..http://amzn.to/2az26QD
B&N..http://bit.ly/1AetBbQ
KOBO..
http://bit.ly/1nhUeJF
Smash words..https://www.smashwords.com/books/view/505400
Itunes-http://apple.co/1KywN4k 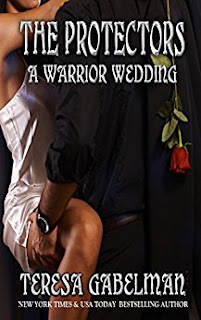 A Warrior Wedding (The Protectors) Book 7:

After a devastating blow, the VC Warriors find themselves fighting, but not an enemy they can see. Their power and expertise alone cannot save the ones they love.
Breaking new and old laws, one Warrior is determined to save his mate no matter the consequences, but will his mate agree to be his downfall.
*DISCLOSURE*
No Warrior or main character was seriously injured during the writing of this book. 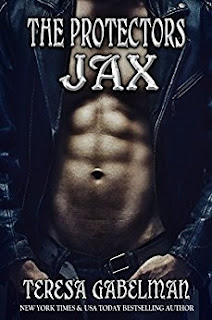 Jax Wheeler has been fighting his own demons for as long as he can remember. One of those demons is from his past, a brother who wants nothing more to see Jax suffer. Working closely with the Cincinnati Branch of the VC Warriors Jax never thought he would find someone who could help him ease his pain, but he was wrong.
Having a past of her own, Caroline Fitzpatrick has survived being put into a trance by a madman who wanted to control her sister, a abusive relationship, communicating with the dead, but nothing has prepared her for Jax Wheeler. From the moment she saw him the attraction was immediate, but the attraction was not mutual or was it?
The more Jax tries to stay away from Caroline, the more he finds himself at her door, in her life. All he knows is that every minute he spends with the beautiful school teacher, the more danger he puts her in. His brother’s vengeance of wanting him to suffer has put Caroline in the line of fire and only Jax can protect her.
Amazon..http://amzn.to/2ar7upq
B&N ...bit.ly/1lNPACj
Smashwords...bit.ly/201hOfE
Kobo...bit.ly/1SI1RX6 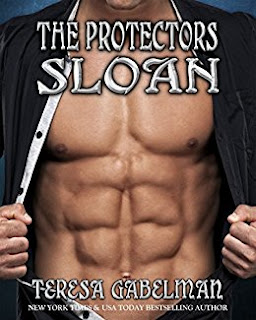 Not only does VC leader, Sloan Murphy, have to keep the peace between the human and vampire race, but he also wrangles VC Warriors in his spare time. It’s a job that could drive a saint insane, and Sloan is no saint, but insane he may be. While his Warriors find mates, he swears he will not follow in their footsteps.
Becky Spencer, his new secretary who he reluctantly employs, is set to threaten every stoic promise he’s made.
With an instant attraction that is hard to deny, she fits into his world with confident ease.
Even though Becky has sworn off men after her nasty divorce, she can’t help the desire the sexy and serious Sloan Murphy stirs in her. It isn’t until she sees how devoted he is to his job and the Warriors under his command, that her lusty feelings turn into more. Working in close quarters, they both fight the pull that grows with each passing minute.
Who will win, the secretary, the Warrior, or an attraction that just won’t go away? 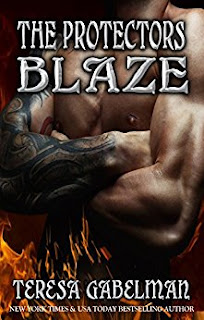 Haunted by a past he’s struggling to forget, Blaze once again finds himself a VC Warrior—something he swore would never happen. Confident he could easily walk away again, his connection to a certain redhead makes that decision harder than he imagined.
Trying to fit into the Warrior world, Katrina holds a secret that could ruin the new life she is fighting to fit into. And having feelings for a certain Warrior does not make things any easier.
As Blaze’s past catches up to him and Katrina’s secret is exposed, they discover a deep bond that neither can fight. It soon becomes clear that a past can be put to rest, but secrets can be deadly.
Amazon-http://amzn.to/2m5yy7r
Amazon UK-https://www.amazon.co.uk/dp/B06X1GP5P2
Smashwords-https://www.smashwords.com/books/view/705669 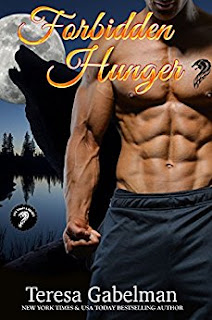 Forbidden Hunger (Lee County Wolves) Book 1
A shifter without a pack, Janna Lawson goes in search of the man who her mother died trying to protect. What she finds is Garrett Foster, a man who has the power to decide her fate and causes a hunger inside her that is forbidden to them both. 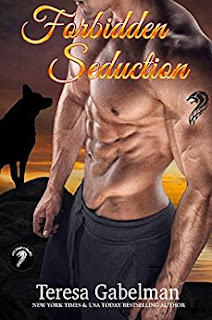 Hunter Foster single-handedly ousted the shifter community after shifting in front of humans to protect a Vampire Council Warrior. With no regrets, he heads home to answer for his crime of breaking an outdated law.
Back in his town, he is faced with rogue packs challenging their alpha, his brother, as well as the woman he has spent years avoiding. Finally, he has to come to terms with what his wolf has been telling him and what he as a man has been fighting against. 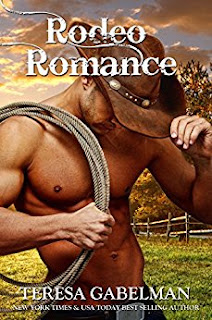 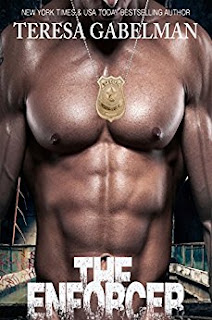 The Enforcer
Becky Adams is living life one day at a time as best she can in a world gone crazy. Maverick Wilder had walked away from the woman he loved above everything. He had no choice. When their worlds collide, will true love heal a broken heart and a life altered beyond repair.

*This book was previously published as part of the "Taming the Vampire" boxed set and has not been altered in any way.*

About Teresa Gabelman:
Teresa Gabelman is the New York Times and USA Today bestselling author of the Protectors Series, Lee County Wolves Series , The Enforcer and  Rodeo Romance (Contemporary).
When not writing about alpha vampires, sexy shifters, hot cowboys and the women who drive them crazy she can be found on a lake with a fishing pole/Kindle, at a MMA event or spending a fun evening with family.
Being a full-time writer has allowed Teresa to connect more with readers which is what she loves most about writing. If you find the time she would love to hear from you!
LINKS-
Facebook Page-http://bit.ly/2nDhsxm
Twitter-https://twitter.com/TGabelman
Webpage-http://teresagabelman.com/
Email- tgabelman@live.com
GoodReads-http://bit.ly/15LXQet
Amazon-http://amzn.to/2mSDE7V
B&N-http://bit.ly/2nOXi3U
Kobo-http://bit.ly/2nDftJy
Smashwords-http://bit.ly/2njrVK
Itunes-http://apple.co/1KywN4k
Posted by Gia Guido at 9:00 AM