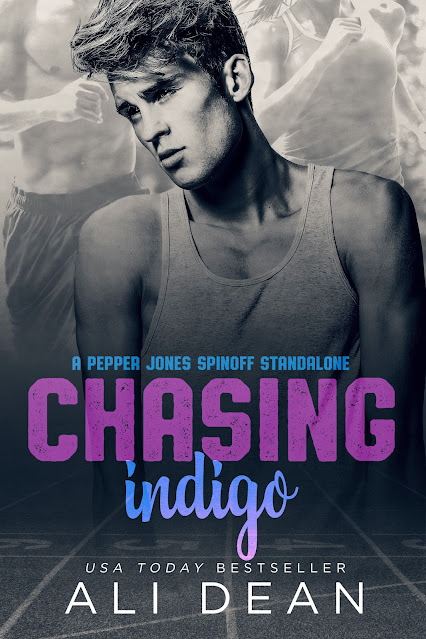 Ryan Harding. He’s running royalty. The guy I’ve been following online since I started this sport. Sure, I’ve got a crush on him, but so does nearly every other runner in the country. I’m an unknown in this world, it’s not like the prince of distance running is ever going to notice me, which is for the best. I’ve been down this road once before with the Mr. Perfect type, and I’m not doing it again.
Indigo Adams stood out the moment I saw her cross the finish line. She’s not only got a gorgeous stride and stellar kick, but possesses the tenacity and drive required to reach the top. She’s the perfect fit for our newly-formed team in Colorado, though her running potential isn’t the only thing that’s captured my attention. Indigo seems skeptical of our selection of her and even more skeptical of me and my intentions. What will it take for her to see she belongs here in Brockton, on this team… and with me? 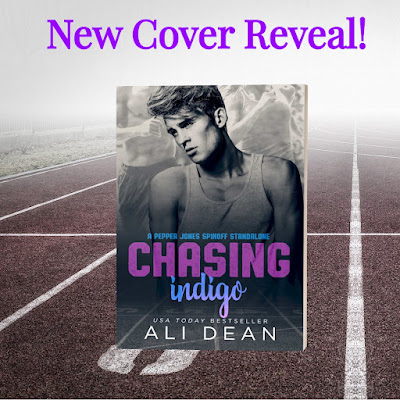 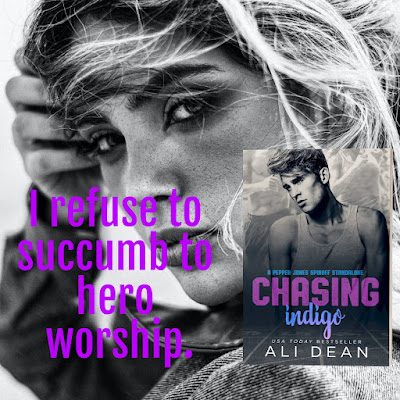 EXCERPT
“Ladies first.” Ryan gestures before grabbing our water bottles and placing them in the tub’s cup holders. He’s got a stool against the tub and when I take a step onto it, he moves behind me, putting an arm on each side. It’s not as if I’m going to fall, but I like the protective movement. Too much.
Friends, Indy. He’s your coach. Your teammate. Nothing else.
“Oh!” I gasp as the hot water hits my legs. He chuckles, hovering behind me as I wade in, reluctant to get all the way in so quickly. After a moment, the initial shock of heat wears off and I ease the rest of my body in until I’m submerged up to my neck. I take the seat with the view, and Ryan slides in beside me. This is the best spot to see the sunset so I don’t dwell on his seating choice.
“Oh man, the jets are hitting my lower back and it’s like a massage,” I say on a groan as I shift to get the best angle.
Ryan clears his throat. “We really should figure out a way to get you regular massages, Indy.”
Ryan asked me the other day if I needed help finding a masseuse and I gave him crazy eyes. Only pros in the league of the Pepper Wilders and Maisy Whites of the world get regular massages. Or so I thought. Ryan gave me a lecture about how important massage is to keep my muscles loose and injury-free, especially with the kind of mileage we’re doing. It’s true I’ve been fighting some aches and pains, but nothing I’ve told him about. And I haven’t felt that spark in my legs in weeks. They’re just tired, all the damn time. But it’s to be expected. I’ll get it back once we’ve tapered.
“I know I can get a deal somewhere but it just seems indulgent at this stage of my career. I’m a new pro,” I remind him, as if he could forget.
He turns blue eyes on me. “You don’t think you deserve to take care of your body as well as other runners do?”
Something tightens inside of me at his question but I play it off with an eyeroll. “Ryan, you know massages cost money. I can stretch and roll out and get what I need for free. Plus, now we have this sweet hot tub.” I raise my leg up to one of the jets. “See? It’s massaging my quad.”
Now he’s the one to roll his eyes.
“Come here,” he says, and before I can react he’s grabbed my legs and placed them in his lap. Firm hands begin kneading my calf and I try to suppress a moan. It slips out. “Oh maaaaan that feels good.”
“Your calves are fucking tight,” Ryan half-whispers, probably to hide the frustration I can feel brewing inside him that I won’t get regular massages.
I melt into his touch, and I can’t even pretend to protest as he works my legs over slowly and steadily with his hands. The colors from the sunset dance around us until the sky darkens. My eyes have drooped shut when I feel hands at my waist, shifting me until I’m between his legs. He starts to knead my neck, working down my arms and to my lower back. A different kind of warmth begins to spread now, this one emanating from my lower belly.
My breathing becomes shallow and I hope he doesn’t notice. Once he’s massaged every inch of my skin he hands me a water bottle and I take the opportunity to slide a few inches away.
After gulping half the water bottle down I thank him, praying he doesn’t notice the huskiness in my voice. I press the cold bottle to my forehead.
“Anytime,” he murmurs.
Stealing a glance his way, I note the redness in his cheeks and wonder if it’s from sitting in here for so long or if he’s embarrassed that his hands were just all over my body. The only muscles he didn’t place his hands on were my glutes. Not that I would have minded.
Our eyes hold each other for a moment before he clears his throat, something he’s been doing a lot tonight. “We should get out. It’s not good to stay in too long.”
I nod, even though I don’t want this to end. Whatever it is, I sense something stirring between us, and I want to figure it out. As I step out of the water and walk over to the deck railing to grab my towel, I remember it’s likely all one-sided. I’m the one who practically stalked him online for the past five years. I’m imagining the heat between us. Just because I felt something entirely inappropriate while he was touching me, doesn’t mean he felt it too. He was giving me a massage because he’s my coach, teammate and friend. I repeat the terms like a mantra in my head as I wrap the towel around me. 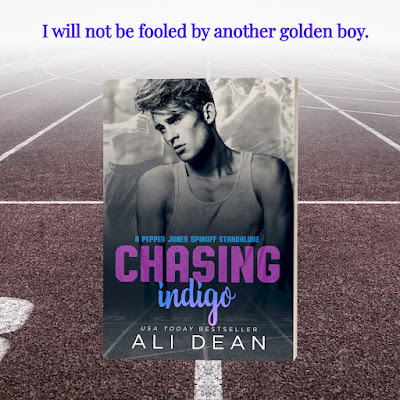 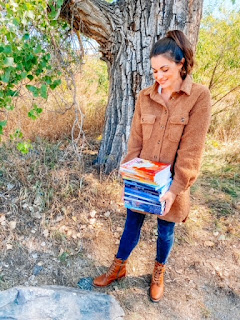 Ali is a USA Today Bestselling author of sports romance books. She has always loved to read, especially when there's a happily ever after, but found that there weren't enough books out there featuring girl athletes. So, she decided to work on that. Like the heroines in her books, Ali is an athlete, with running and skiing her favorite sports these days. Ali hails from Vermont and now lives in her own happily-ever-after in Colorado with her husband, two sets of twins (yes, you read that correctly) and golden retriever Pancake. When she's not pursuing an outdoor adventure, Ali's less healthy passions include ice cream, coffee, and beer. 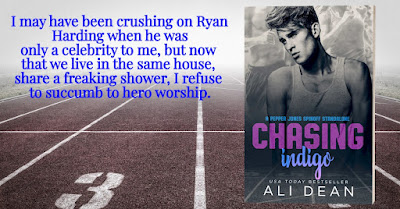