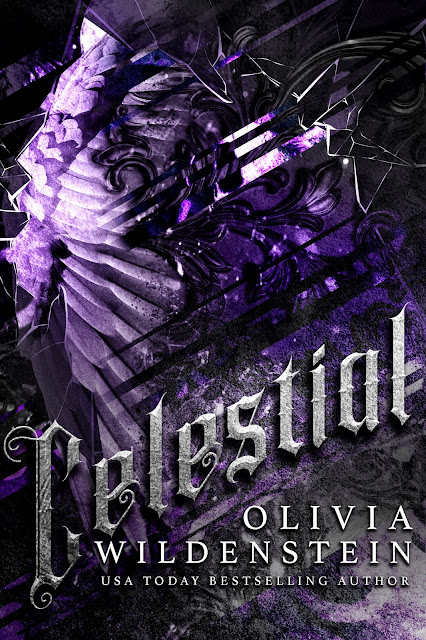 In ninety-two days, the feathered appendages that link me to the people I loathe finally come off. Dear, winglets, you will not be missed.
Celeste has spent the last four years building a life outside of angelic guilds—parties, check—pursuing human ambitions instead of celestial ones—college, check—and shedding feathers across Parisian cobblestones and more recently New York sidewalks—speaking her mind, always check.
She swore off angels, but the death of the woman who took her in the night Leigh died brings them soaring back into her life . . . and not just any angel but the most detestable one, the one complicit in Leigh’s death—Seraph Asher.
Although Celeste tells the archangel to feather off, the unreasonably pretty and obstinate man doesn’t leave her alone. He returns and insists she complete her wings. When she asks him for one good reason to do so, he gives her an unbeatable one: what he did with Leigh’s soul.
Asher never meant to share his damning secret, but he knows it’s the only way to save Celeste—the rebellious Fletching he can’t get out of his head . . . or heart. 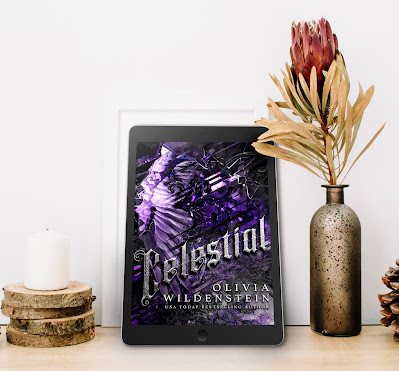 EXCERPT
I pressed myself away from his arm to seek the soft curves of the revolted boy he’d been behind the hard ridges of the man he’d become. “Why are you telling me this?”
“To remind you that before being an archangel, I was a fletching. A fletching who dreamed of changing the human world before he dreamed of changing the celestial one.” He wouldn’t meet my eyes. Just kept staring between the twitching leaves of the maple shading a piece of our bench and the snapping whitecaps atop the river. “In the end, it was the worlds that changed me.”
I placed a gentle palm on his bicep, felt the tendons pinch beneath my fingers. “That’s not true. Or maybe it is, but it’s not the full truth. Every life you’ve touched, Seraph, you’ve changed. You’ve altered its course.”
His eyes finally met my own, dappled in many shadows, and not all cast by the tree. “Not always in a good way. Look at what I did to Jarod. To Leigh.”
“Look at what you did to me.” I added a smile, but it did nothing to quiet his devastating guilt. When he made no move to get up, I rested my head back on his arm.
“I should’ve come for you sooner, Celeste.”
“You could’ve not come at all.”
“I made Leigh a promise.”
“And you’ve kept it. You’re here now, Seraph, so stop beating yourself up over this. If I fail to ascend, it won’t be your fault.”
His soundless anger was so conspicuous I could feel it beat inside his body. Several minutes later, he gritted out, “You won’t fail.” 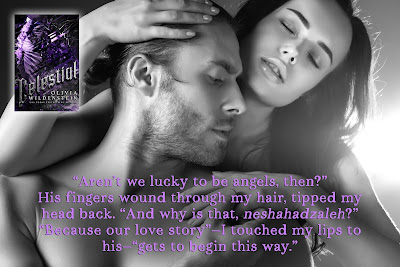 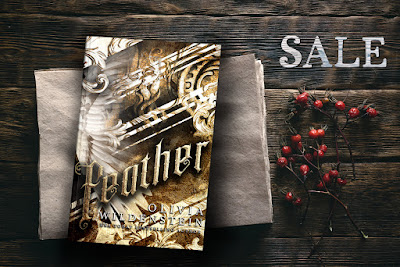 USA TODAY bestselling author Olivia Wildenstein grew up in New York City and earned her bachelor’s in comparative literature from Brown University. After designing jewelry for a few years, Wildenstein traded in her tools for the writing life, which made more sense considering her college degree.
When she’s not sitting at her computer, she’s psychoanalyzing everyone she meets (Yes. Everyone), eavesdropping on conversations to gather material for her next book, and attempting not to forget one of her kids in school.
She has a slight obsession with romance, which might be the reason why she writes it.
AUTHOR LINKS 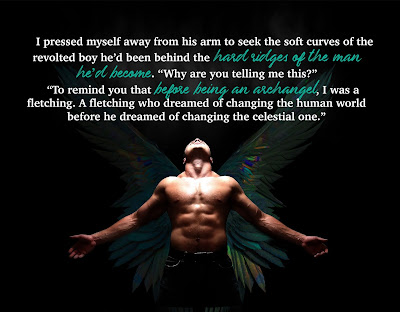 GIVEAWAY
a Rafflecopter giveaway
Posted by Gia Guido at 7:21 PM