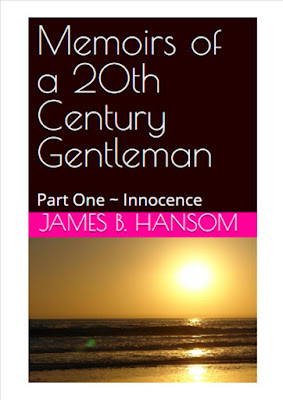 Memoirs of a 20th Century Gentleman
Synopsis:
Recounting his journey over the years, from a little village in England to the deserts of the Middle East, private boarding schools to children’s care homes, world-wide trade oil tankers to a 19th Century tall ship, working as an escort to setting up an accountancy firm, James’ story is honest and compelling.
Explaining how each chapter of his life shaped him, James discusses in a frank and open manner his struggle with bipolar disorder, and how he was able to survive an early childhood of neglect, deciding at the age of nine to take some semblance of control, to his search for a family to love.
Taking a philosophical approach to life’s twists and turns, James retells of his experience of travel, love, family, business and adventure. Explaining how his childhood experiences affected his approach to life in later years, his struggle with mental health issues of bi-polar mania and depression and how, over the years, society’s own views on the subject changed to include a more open and honest acceptance for people to begin to try to better understand.
Analysing how an understanding of history can help see the present through clearer eyes in order to better prepare for the future; James shares his own take on humanity’s long journey through time and space to give those who have an interest in the next generations a warning of what to expect if the opportunity to make immediate changes is not taken.
Memoirs of a 20th Century Gentleman is not only a tale of adventure, family, childhood and travel but a thesis on humanity and how lessons forgotten through the distraction of social media may lead to the repetition of failures of the last fifty years in the dawn of this new 21st Century.
Conversing directly with the reader, James takes you on a journey of a lifetime, initially titled ‘Extracts from a Hell of a Life’, using humour and charm, James is able to give an experience of joy, sorrow, heartache and hope, unique in its style and delivery.
Amazon: https://www.amazon.com/dp/B089T7RLP5
Goodreads: https://www.goodreads.com/book/show/53967209-memoirs-of-a-20th-century-gentleman
Giveaway Link: https://claims.prolificworks.com/free/WBJ3Rdyv

About James B. Hansom: 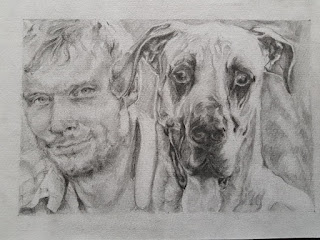 James B. Hansom, born in 1976, lives with his wife and daughter in Warwickshire, England.  Written under a pseudonym, Memoirs of a 20th Century Gentleman is the first published work under that name.

James champions the use of creative writing as a therapeutic way for people struggling with their past to find peace, helping first-time Authors to publish and turn their experiences into a useful tool for the future.

http://memoirsofa20thcenturygentleman.com   (no need for the ‘www.’)

Interview with  James B. Hansom

Memoirs of a 20th Century Gentleman is a recollection of all my adventures, good and bad, I’ve had throughout my turbulent life; Part One deals with how my parents met and my early years in the UK and Saudi Arabia, ending upon my return to England aged 8.

I’ve tried to use this platform to share what it’s like to deal with bi-polar, and how the numerous different experiences shaped me down the years; as I have a philosophical approach to things I’ve also used this experience to highlight some of the dangers society is beginning to face in this 21st Century resulting from the side-effects of the rise of social media and the attacks it has brought on the concepts of truth and (historically) established fact.

It’s a shared journey with the reader which becomes as personal to them as it has been for me; I hope by being open and honest the reader will get a lot of out of it for themselves on their journey through this crazy life.

Although this is my first published work I’ve been writing for over 30 years, I found that sometimes it was a therapeutic way to deal with things along the way.  Sometimes I find one’s head gets so full to the point where emptying it onto ‘paper’ is the only way to get the space needed to stay focused and get clarity in the moment.

I also really hope that I can inspire other people who may struggle with their mind to use writing as a tool to help them with their own journey.
3.     Do you have a special time to write or how is your day structured?

Having been a sailor working at sea for many years I tend to be happier splitting my 24hr day into two shifts (or watches); I spend the time I can during the day with my wife & daughter and then get to work at night when the World is at its quietest.  I find the silence and peace at night gives the perfect environment for the contemplation writing requires.

That’s pretty easy for me; if there’s nothing to write then I’m simply not ready to write!  I find with anything that for every hour’s work there should be around three hours thinking first, or you can just end up binning everything to have to start all over again from scratch.

I always try to remember the age-old phrase of: “If you’ve got nothing to say, then don’t say anything!”
5.     Do you have a favorite food or drink you must have nearby when writing?

For many years it was a case of ‘cigarettes and coffee’ just like Otis Redding song, or more often red wine and a joint; however, nowadays it seems I am changing that as over the last couple of years I’ve given up weed, then wine, soon tobacco and I’m sad to say that coffee may well be on the list too.  So next year it’ll probably be carrot juice and a celery stick!
6.     Do you have a favorite spot to write?

Although I’m not quite there in reality yet, I’m always in my study as described in the Prologue when I’m writing; but in the real World I can write anywhere, once all I had was a fold up chair and an overturned bucket as a desk!

I think just the ability to make people smile; a smile can do more for one’s state of mind than many things ever could.
8.     What writing projects are you currently working on?

Obviously my next couple of years will be taken up completing all five parts of Memoirs of a 20th Century Gentleman, but I’m already chewing over another project in my head involving a boy who finds something in his Dad’s closet which takes him on an adventure of a lifetime and changes his World forever - watch this space!