“The Abduction” On a lawless moon of Plexus, a resourceful loner struggles to escape his alien, slave-trading father with the help of a beautiful Bounty Hunter who he realizes is worth more than his ticket back to Earth. www.amazon.com/dp/B01EZLQXSC 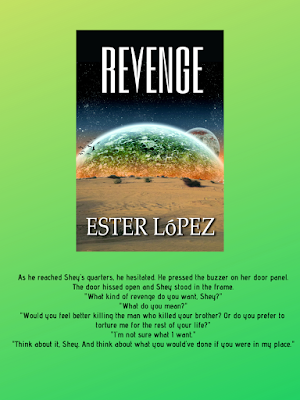 “Revenge” A reformed criminal struggles with a hidden power and the truth about the murdered brother of the revenge-seeking woman he loves. www.amazon.com/dp/B073TN297Q 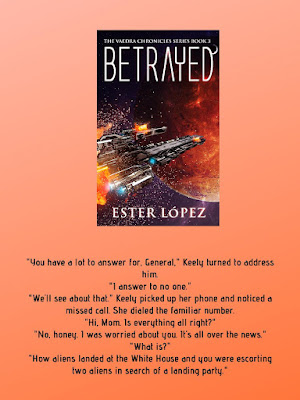 “Betrayed” A promotion-seeking lieutenant and a feisty Secret Service Agent must find a missing landing party before a war hungry Admiral and a conniving General unleash an intergalactic war of the worlds. www.amazon.com/dp/B07NRN5XT2 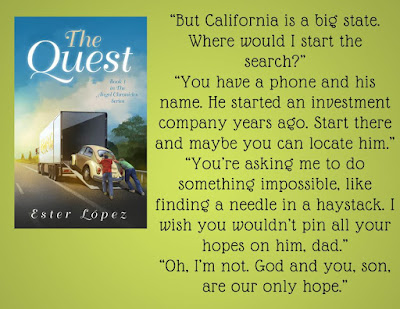 “The Quest” A young man on a quest to seek his father’s fortune must break an evil curse to win his own fortune and return to save his father’s house from foreclosure.
www.amazon.com/dp/B081FFY9H 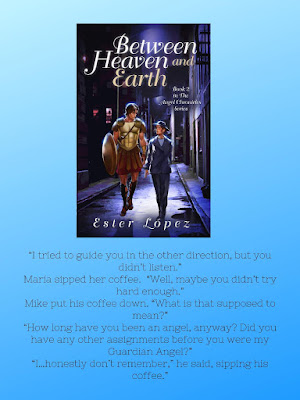 “Between Heaven and Earth” A Guardian Angel and a nursing school dropout must learn who is behind the murders of two homeless men before she becomes victim number three.
www.amazon.com/dp/B081FHL527


Ester began her writing career studying ‘Writing for Children and Teenagers,’ but soon discovered it was much easier to write romance. It wasn’t until after she joined RWA and a local chapter, Smoky Mountain Romance Writers, where she got a real education on writing.
Her inspiration for her first book, “The Abduction,” came from her own ‘close encounter’ with a spaceship. From start to finish, her first book took 25 years to write and publish. She’s gotten much faster since then.

1.What inspires you to write?
Everyday events, songs, newspaper articles, sci-fi movies all inspire me
2. How many books have you written? Which is your favorite?
I’ve written five books and one companion book for “The Vaedra Chronicles.” My favorite book is “The Abduction.”
3. Do you have a special time to write or how is your day structured?
I write whenever I can find time. I don’t have a routine, but I definitely need one!
4. If someone who hasn't read any of you books yet, which one would you suggest they read first?
I would suggest reading “The Abduction” first in the sci-fi series and for the paranormal series, it doesn’t matter which one you read first.
5. Do you have a favorite spot to write?
I write in my office usually, but sometimes, when I’m inspired and I’m in another room, I just write in long hand there and type it later in my office.
6. If you had a superpower, what would it be?
I would love telekinetic powers like Berto has. He’s a character in book two of The Vaedra Chronicles.
7. What writing projects are you currently working on?
My current WIP is “Aftermath,” a sci-fi story. I’m about to release my first children’s book entitled, “The Adventures of Charlie and Ellie.” (the antics of a Boston Terrier and his Australian Shepherd best friend.) In my paranormal series, I’ll be releasing “The Search for the Golden Idol” later this year.