Release Boost for Bassist with Benefits by Jenna Galicki 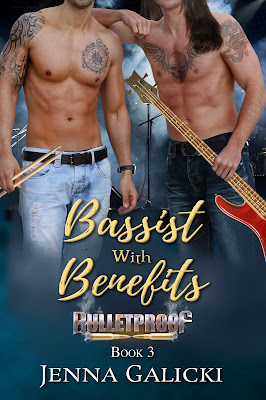 A friends to lovers rock star romance. This book is a stand-alone novel.

Bandmates and best friends since they were teens, Jeremy Kagan and Alan Delgado share everything – including men. But their brotherly bond was shattered during one incident of mistaken identity in a darkened bedroom when a line was crossed. With boundaries broken and the line of friendship blurred, they struggle to move forward.

For Jeremy, that night was a dream come true. He had been in love with Alan for a decade but had been too afraid to bear his heart and reveal his true feelings. Now that the opportunity has presented itself, he’s ready to seize the moment. This is his one chance to be with the only man he’s ever loved.

Unable to shed the memory of their rendezvous, Alan starts to look at Jeremy in a new light. Transitioning from bromance to romance isn't as easy as expected, especially since Alan isn’t ready to share their newfound bond with anyone else. Stress from keeping their relationship a secret turns explosive as these two battle their passion in private. Now they need to figure out if it’s worth risking everything, including their friendship, in order to pursue a future together as a couple. 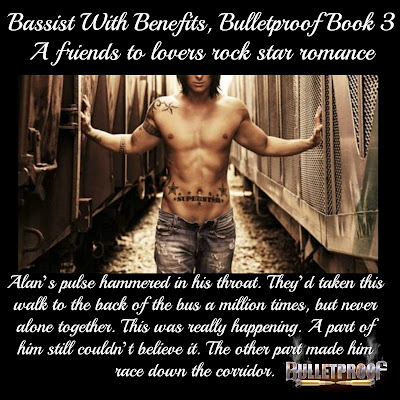 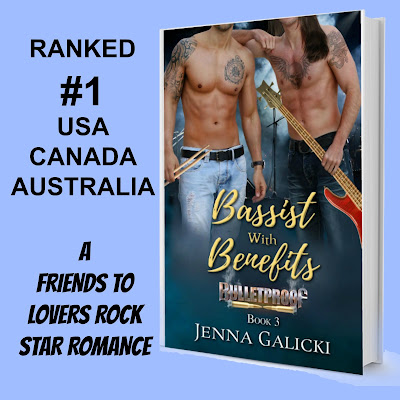 
"Bassist with Benefits is now my favorite Jenna Galicki book. I absolutely loved it. I couldn't get enough”
“Witty and sexy the Bulletproof guys are one of my favorite fictional rock bands.”
“Jenna Galicki sure didn’t disappoint either—there’s heat, angst, tension, excitement and plenty of drama to be found…along with some real feelings and emotion that the characters are not sure what to do with.”
“If you’re a fan of friends to lovers or rockstar romance, this one is definitely a must-read…and if you’re a fan of both, you’re going to get the best of both worlds. “
"Everything I would want out of a M/M novel and more!!! ...it was a really fresh take on a rock star romance." 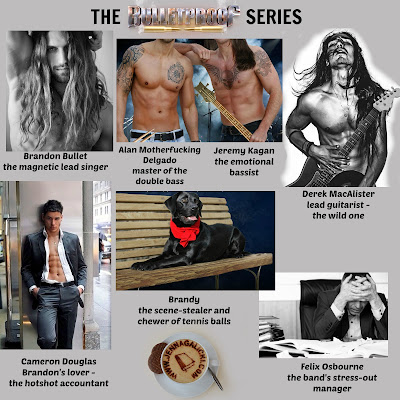 Jeremy started to laugh. Softly at first, then so hard he doubled over and tears seeped from the corners of his eyes. He needed to hang onto Alan’s arm, as hard as Alan was hanging on to him, so they didn’t fall over. Their laughter slowed, with intermitted bouts of cackling. They glanced at one another and it suddenly turned serious. Their lips straightened, no longer curled into even the tiniest of smiles, and their posture stiffened. Their eyes bore into one another, each reading so much more than friendship. It was there. That little spark they shared was as bright as the blazing sun. Jeremy had longed to see it for so many years. He often imagined it. He swore once or twice that he saw a shadow of a glimmer in those beautiful silver eyes, but not today. The spark they shared right at this moment could have started a forest fire. It was finally real, and it made the hair on Jeremy’s arms stand on end. A flutter rose from his belly and danced around his chest. His breath caught. He was frozen in place. The only thing he could do was stare back at the man he loved and wanted . . . for so God damn long. 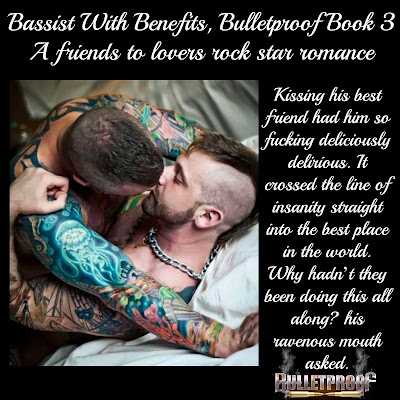 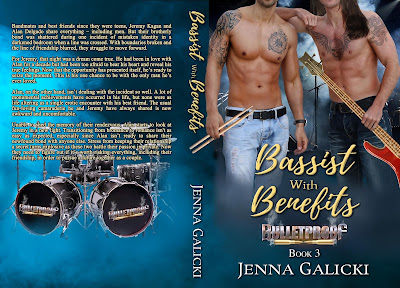 Jenna Galicki writes in multiple genres including m/m/f, m/f, and m/m.  She is predominantly known for her Radical Rock Stars Series.  The Prince of Punk Rock (Radical Rock Stars Book 1) was a finalist in the 2015 Bisexual Book Awards.

A native New Yorker, she now resides in Southern California.  She's a Rottweiler enthusiast and an avid music buff.  When she's not hunched over a computer, you can find her front row at a rock concert. 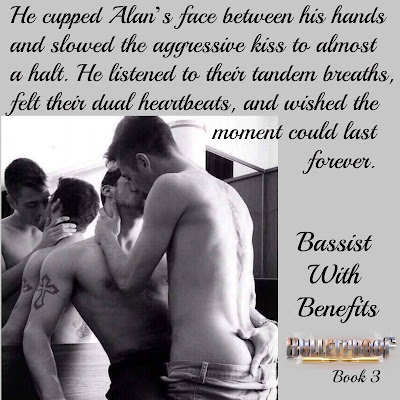 a Rafflecopter giveaway
Posted by Gia Guido at 8:07 AM