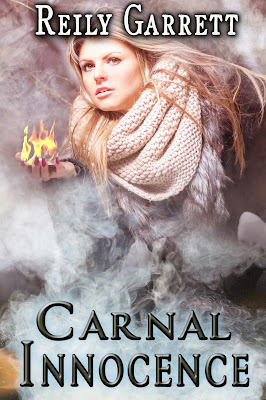 Callie, an extraordinary genius raised in a Think Tank superstructure, has unique talents sought by scientists and terrorists alike.

A botched rescue attempt hurls her into a world of spies and terrorists while leaving her to adapt to a sexual mutilation that will last her lifetime.

From their first meeting, Callie embodies an otherworldly aura with mysteries neither his heart nor mind can refuse to unravel as he helps them navigate a world of sensual exploration and betrayal.

From the winner of The Romance Review’s Top Pick award comes the sequel to Carnal Beginnings. If you love a combination of BDSM/romance and suspense, don’t miss this action packed adventure. 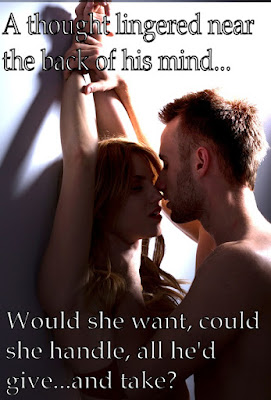 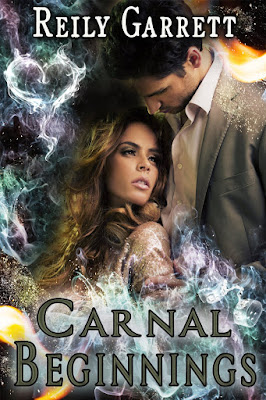 
“Okay, Callie, by the numbers. Twenty seconds—cross the courtyard, navigate the breach in the fence then we’re home free. Sebastian’s waiting beyond the copse of trees.”

Timing remained her key to survival. The erratic pounding pulse in her ears rivaled a snare drum’s buzz roll, executioner’s beat. Before the adrenaline in her blood circuited again, either she’d be free or dead, depending which card destiny threw her way.

Long sleeves failed to thwart the effect of icy crystals intent on covering her. The deep shiver originated from equal parts emotional and physical parentage.

“Whatever happens, don’t look back, and don’t hesitate regardless of what you hear.”

A rearward glance revealed the frosty night breeze glazing the sheen of sweat on Jake’s forehead to a cold luster. The steel in his gaze matched the resolve in his harsh whisper.

A mind for facts and logic hampered her ability to incorporate or balance the chaotic pandemonium swirling in her head just as snow-laden whirlwinds hindered her view. If she wasn’t such a concrete thinker regarding things such as karma or kismet as hogwash, perhaps she’d see things differently. But this was her world.

Anxiety innervated and stimulated her senses, twisted higher by the potential for failure. Yet her body couldn’t distinguish between the urges to run or freeze, caught in a limbo of her biological making.

Beside her, Franklin leaned forward. His outstretched arm was a reminder of the bars she’d see if they failed tonight—and survived.

“But, Jake, you’re coming too…” One hand gripped the corner of the building to counterbalance her sudden panic.

This storm fit seamlessly into their plan, obscuring their images on the cameras at each corner of the facility. Yet reality trumped fiction in eccentricity, making the possibility of unlikely circumstances cropping up and interfering with their escape a probability.

Always considerate regardless of the situation, Jake wrapped his jacket about her shoulders. The warmth of the heavily lined sleeves expelled the last of her hesitation. “Thanks.”

“Of course I’m coming. We’re in this together. You’ll have a life independent of these bastards. You’re the reason I’ve worked here for so long and this is our best chance at freedom. Now let’s go, time to set you free, flaxen-haired warbler.” Confidence radiated in concentric circles from him as he alluded to one of her favorite diversions, singing. Yet thick, elongated fingers of moonlight filtered through the gauzy clouds in sporadic streaks to capture the doubt in his eyes.

“But the guards are still up in their booths. I thought they’d be gone…” The earlier excitement of escape dulled with the reality of the threat they now faced. These two men risked their lives for her.

“No, Callie. Unnecessary. They are sympathetic to our cause, namely, your escape. They know both the risk to themselves and what’s at stake. I’ll be right behind you.”

Jake’s words failed to blunt the taste of bile rising in her throat. The gentle reminder in his sotto voice energized her more than his slight nudge. With a quick glance at each visible corner of the building, one to her left, the other behind her, hair on her nape prickled. Something felt—off.

Profiles on the second story corners. Light glinted off the barrels of their automatic rifles as a reminder of their intended purpose. Did she know them?

Beside her, Franklin’s nod further bolstered her courage. Crouching low, she bolted across the well-maintained yard bordering the institution. Franklin grasping her right hand and urging her faster lent additional strength.

Islands of shrubbery stood in stark relief against the thickening snow. Mother Nature’s tempest now blanketed the earth with its slippery covering which delineated every step she took.

Jake wouldn’t explain the details but at least twelve men and women conspired to participate in her daring escape. Most of these conspirators comprised the skeletal crew currently inside.

Even if someone raised an alarm, Jake guaranteed those collaborators would come to her defense. The only wildcards were the perimeter guards and those watching the security camera feeds from the bowels of the institution.

Twenty meters into her daring bid for freedom, concurrent circumstances doubled her frantic pulse. An earsplitting siren blasted behind her, eliciting a gasp, and Jake rushing forward to grab her left arm. Additional pressure urged her to tap into her energy reserves.

Wind droning through nearby tree limbs didn’t swallow the low thwacking sound nearby—like snapping rubber bands that had been stretched tight. Jake stumbled into her path.

Franklin’s harsh lateral jerk created a brief shuffle step as they raced for the fence. A small strop of light revealed his grim, determined look. 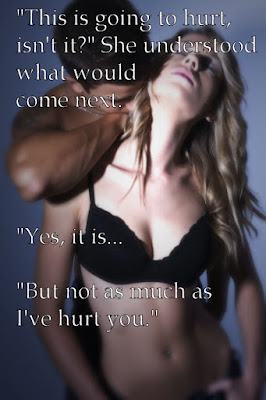 Though her kids are her life, writing is the life after. You know, the one you also enjoy…AFTER the kids are in bed or AFTER they’re in school and the house is quiet. This is the time she kicks back with laptop and lapdog to give her imagination free reign.

In life, hobbies can come and go according to our physical abilities, but you can always enjoy a good book. Life isn’t perfect, but our imaginations can be. Relax, whether it’s in front of a fire or in your own personal dungeon. Take pleasure in a mental pause as you root for your favorite hero/heroine and bask in their accomplishments, then share your opinions of them over a coffee with your best friend (even if he’s four legged). Life is short, cherish your time.